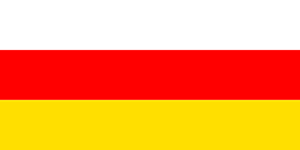 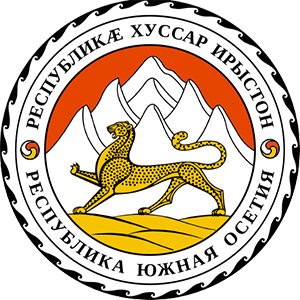 Applying for a visa to South Ossetia

A visa is not required to visit the Republic of South Ossetia. The period of visa-free stay in the country is 90 days.

How to get to South Ossetia from Russia on your own

There are no airports in South Ossetia, the nearest one is in the city of Vladikavkaz. Buses run from Vladikavkaz to Tskhinvali several times a day, you can take a taxi. Rail service is currently suspended. You can get to South Ossetia by car along the Transcaucasian highway from the territory of Russia.
News
ПУБЛИКАЦИИ

South Ossetia is located in Transcaucasia (South Caucasus), on the border of the mainland of Southwestern Asia and Eastern Europe. The country borders on Russia and Georgia.

Almost 90% of the territory of the mountainous republic is located at an altitude of more than 1000 meters above sea level, and this is a zone of seismic activity. The top of Halats is the highest - 3938 meters.

The climate here varies depending on the height of the area - from dry steppe it passes to high mountain, with snow and glaciers. The Main Caucasian Ridge protects the territory of South Ossetia from cold winds from the north.

The local nature is very beautiful and diverse - broad-leaved forests are replaced by juniper thickets, followed by lush alpine meadows. Among large animals there are bears, wolves, saigas, roe deer; among the small ones there are ground squirrels, jerboas, gerbil mice and many others.

Archaeological excavations have shown that the first people on the territory of modern South Ossetia appeared in the Stone Age. Ossetians as a people are descendants of the Scythian-Sarmatian tribes. At one time, Nicholas Roerich wrote about the Ossetian people, implying their antiquity: “Ossetians should be happy, measuring their glorious roots.”

In the 9th-12th centuries, the state of Alania existed in the North Caucasus, which is mentioned in written sources Byzantium and many other countries of that time. At the same time, according to the Byzantine rating, the status of Alanya was higher than that of the Khazar Khaganate and Kievan Rus.

Interesting fact:< /span> Historians agree that the first wife of the Prince of Vladimir-Suzdal Russia Vsevolod Yuryevich Big Nest was precisely Yasskaya Princess Maria Shvarovna. She bore the prince 12 children, including 8 sons. One of them, Yaroslav Vsevolodovich, became the father of Alexander Nevsky.


A prosperous and stable state fell into decay in the 13th century - from the invasion of Batu Khan, and a century later with military campaigns Tamerlane came here. At the end of the 14th century, Ossetians left the land of their ancestors and moved to the high mountain gorges of the Caucasus, and then began to settle on the slopes of the South Caucasus. At the beginning of the 19th century, the Alans, together with the Georgians, joined the family of peoples of the Russian Empire.

In 1918, after the revolutionary events in Russia, the Georgian Democratic Republic was proclaimed, which included South Ossetia. In the same year, the peasants rebelled against the oppression, but their detachments were forced to retreat to the territory of North Ossetia. In 1921, the Georgian Democratic Republic fell a year later, Soviet power was established on its territory. Despite the desire of the people of North and South Ossetia to unite these territories, Joseph Stalin decided to leave their disunity.

Almost 90% of the local population are Ossetians, but there are also Georgians, Russians, Armenians and Jews. Most of the inhabitants profess Orthodoxy, there are adherents of Islam, as well as those who have preserved traditional beliefs - in the spirits of ancestors and nature.

The founder of modern Ossetian literature is Kosta Khetagurov, a poet, publicist and painter of the 19th century. The Ossetian people also gave the world of science and culture a scientist-philologist, Iranian linguist Vasily Ivanovich Abaev (1900-2001). Another Ossetian - Grigory Alexandrovich Tokaev (1913-2003) - left a mark in astronautics. The world-famous conductor Valery Gergiev is also an Ossetian.

More than 50 schools operate in the republic's secondary education system, most of which were built during the Soviet Union. Health care in South Ossetia is going through difficult times - it lacks new medical equipment and specialists.

Ossetian cuisine is more than one hundred years old. Formed under the influence of the nomadic way of life of the Alans, it absorbed both Russian and European culinary traditions. The basis of national dishes is meat cooked in a cauldron and pies with various fillings, which are popular not only in the Caucasus, but also far beyond its borders. According to the Nart epic, it was invented by the legendary beauty Shatana. By tradition, any Ossetian feast begins with a prayer, which, with a cup of Ossetian beer in his hands, is said by the oldest of the clan. At the end of the prayer, the youngest comes up to him and, having broken off a piece of the Ossetian pie, eats it, washing it down with beer from the hands of the eldest. After that, the cup is passed around until it is returned to the hands of the elder, who finishes the beer.

From South Ossetia, as a keepsake or as a gift, you can bring souvenirs made of wood, ceramics, national clothes or paintings by local artists, on which snow-capped peaks and turbulent mountain rivers are depicted in all their splendor.
South Ossetia is very attractive for climbers and fishermen. A lot of impressions after staying here will remain with history buffs. On the territory of the country there are one and a half thousand historical monuments, the oldest of which dates back to the 4th century. The beautiful nature and hospitality of Ossetians can more than compensate for the lack of five-star hotels. In the republic, hydrotherapy sanatoriums Nagutni, K'odibyn and Lese provide their services. You can also rent a room from local residents.