The flag of this Middle Eastern state is the narrowest and longest of all known. The brown area refers to historical events and means the blood shed for the country, the white one symbolizes the present and speaks of the residents' desire for well-being. 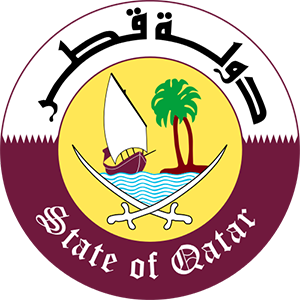 The sabers depicted on the coat of arms are the traditional weapons of Arab men. The same symbol is present on the emblems of Oman, Kuwait, Saudi Arabia and the United Arab Emirates. Waves and a sailing ship are signs that the state has access to the sea. The palm trees signify the native vegetation.

Applying for a visa to Qatar

A visa is required to visit Qatar. You can issue it upon arrival at the airport or at the consular department of the country's embassy in Moscow. The document is issued for the period specified in the invitation, or according to the number of days booked at the hotel.

How to get to Qatar from Russia on your own

From Russia to Qatar can be reached by plane.

One of the richest countries in the world is located in the Middle East, on the Persian Gulf. It borders Saudi Arabia, Bahrain and the United Arab Emirates. The country lies on a desert plateau, oases are found only in the north. The highest point - Qurayn-abu-al-Baul (103 meters) - is located in the south.

With a modest relief, the bowels are rich in minerals, mainly oil. It is she who provides wealth to Qatar. Before oil fields were discovered here, the inhabitants mainly mined pearls.

The territory is dominated by a tropical maritime climate. In summer, the air temperature rises to plus 50 degrees Celsius, and in winter it reaches 16 degrees above zero.  There is very little precipitation, but sandstorms are not uncommon.

The best time to travel to this country is autumn.

Because of the arid climate, the flora and fauna of Qatar are very modest. The most common plants here are camel thorn, wormwood and tamarisk. But to say that there is nothing else besides them would be an exaggeration. Mangrove forests grow in the south, and palm trees grow in places of oases. In the rainy season, xerophilous shrubs bloom.

Reptiles predominate among animals. Scorpions, spiders and poisonous snakes live in the desert. There are also foxes, jackals and gazelles. And in the waters of the Persian Gulf, there are many species of fish and pearl mollusks.

The peninsula, where Qatar is located, was inhabited several millennia ago. In ancient times, the Canaan tribes lived here, which the Greek philosopher Herodotus mentions in his writings. In the third millennium BC, the Dilmun state arose, one of the most influential in the East. In the Middle Ages, it came under the influence of Portugal, and then under the protectorate of Great Britain. Qatar gained full independence on September 8, 1971.

The way of life and customs of the Qataris are regulated by Islam, and many of the rules may seem strict to travelers. For example, the inhabitants of the country never sunbathe, do not swim or drink alcohol, and adhere to halal laws in food.

Interesting fact: Only 20% of the population of Qatar are its citizens. To obtain citizenship of the country, one must be born here, and in the family of local residents.


In Qatar, you can visit one of the most unusual Arab entertainments - camel races. Once they were the lot of the Bedouins, but now it is a real sport with its own special rules.

Handball, boxing, football, rally and clay shooting are developing from traditional sports. One of the most famous Qatari athletes, athlete Mutaz Essa Barshim, brought the country a silver medal at the Olympic Games and repeatedly won international competitions. In 2022, Qatar is preparing to host the World Cup and is building arenas for which it plans to spend up to $200 billion. This sports project is already today considered the most expensive in history.

Interesting fact: < /b> The largest construction site of the 2022 World Cup is Lusail, which will host the opening ceremony of the tournament and the final match. The construction of the city in the desert began in 2006. The project is estimated at 45 billion US dollars.


To protect the participants and guests of the championship from the heat, Qatari scientists are going to develop artificial clouds.

In Qatar, jewelry, woodcarving, and weaving have always been valued. The embroidery known as “curar” (using gold thread) has survived to this day. Hundreds of prehistoric rock paintings have been found in Jebel in the northeast of the country. The largest collection of rare collections can be seen at the Museum of Islamic Art in Doha.


Arab, in particular Qatari, culture has played a big role in the development of world civilization. Meanwhile, there are few historical sights in Qatar. You can go on an excursion to Al Ruweis - the area inhabited by the Bedouin tribes, to the ancient fort of Umm Salal Mohammed or to the places of pearl mining.

which Doha and the Palm Island are considered to be, go to exhibitions of modern art and admire modern architecture.

There are no taxes on trade in Qatar, which makes shopping here attractive. In the Lekki Bazaar, for example, you can find old figurines, paintings and works of local craftsmen. As a souvenir, you can bring gold items and antiques.

The working week in Qatar begins on Sunday. On weekends - Friday and Saturday - shopping centers in the morning are open only for families and women.

The largest shopping center "Villagio" is the pride of Qatar. The ceiling in the building imitates the vault of heaven, and all the shops are located on the "banks" of the canal, along which the gondolas float.

Qatari cuisine is little known in the world. Dates, camel milk and butter form the basis of national dishes. In combination with seafood and vegetables, various spices are widely used - garlic, onion, pepper and cinnamon. The most delicious rice and meat dishes are “varak enab” (rice wrapped in grape leaves) and “biryani” (rice with chicken or lamb and spices), and for desserts, locals advise trying “mahalabiya” - a milk pudding that is prepared on flower water with the addition of pistachios.

Of the holidays in Qatar, the Day of the accession of the Emir to the throne of Qatar and Independence Day are celebrated on a special scale.

The country of sands becomes more and more every year more attractive for travelers, surprising with a combination of antiquity and modernity.