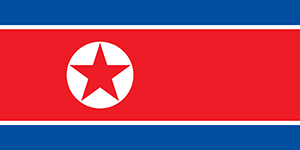 The star symbolizes revolutionary traditions. Red - revolutionary patriotism and the spirit of struggle; white color is traditional for Koreans, it means purity of ideals; blue - the desire to unite with the revolutionary forces of the whole world in the struggle for the victory of the ideas of independence, friendship and peace. 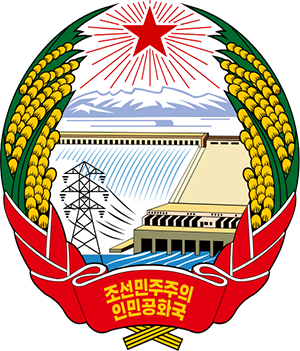 The state emblem of the DPRK is an oval of rice ears intertwined with a red ribbon with the name of the state. A powerful hydroelectric power station is depicted inside the oval, and above it is Paektu Mountain and a red five-pointed star, from which bright rays diverge.

Applying for a visa to North Korea

Under an organized tour, a visa to North Korea is done very easily and does not require any additional documents and difficulties. Usually, the tour operator handles the clearance.
The Embassy of the DPRK in Moscow is located at: st. Mosfilmovskaya, 72

How to get to North Korea from Russia on your own

You can get to the DPRK only as part of an organized tour. From Russia - via Vladivostok. Independent entry and movement of foreigners around the country is prohibited.
News
ПУБЛИКАЦИИ

North Korea is located in East Asia and occupies part of the Korean Peninsula. In the south it borders on the Republic of Korea, from the west it is washed by the Yellow Sea, from the east by the Sea of Japan. The republic owns several small islands in the West Korean Gulf.

Most of the peninsula is covered by low ranges and mountain plateaus, small flat areas are located in the southwest of the country. Coniferous and mixed forests mainly grow in the mountains, and the plains are given over to agricultural land.

The climate in the DPRK is moderate monsoon. Winters are mild and snowy, summers are rainy (at this time more than 60% of the annual precipitation falls) and not too hot, in autumn there are often typhoons with showers and heavy winds, and spring is characterized by frequent fogs. At the same time, the ratio of temperature and humidity in spring is the most comfortable and makes this season the most favorable for traveling to the Land of Morning Calm.

In the dense coniferous forests that North Korea is rich in, leopards, tigers, deer, bears and wolves live, and along the shores of lakes and rivers, cranes and herons settle. Not far from Pyongyang, there are the Myohang Mountains, which, thanks to the juniper growing here, are called Fragrant. Near Cheongji Crater Lake, the highest mountain in the world, Korean firs and elms rise, and lynxes, sika deer and red deer live in their shade.

The mountainous territories of modern North Korea began to be settled in the first millennium of our era. Initially, the states of Joseon, Buyeo and Mahan existed here. Then the Mongol tribes came to these lands, and later the power on the peninsula began to belong to the Yuan Empire. In the Middle Ages, Korea was dependent on China, and at the beginning of the 20th century, under the protectorate of Japan. In 1945, Korea was divided into two parts. The DPRK and South Korea have not yet signed a peace treaty, and there is no official border between the countries.

Korean culture is complex and diverse. Almost all national customs are based on Confucian ideas. Elders are very respected here and children are treated with great love. There is an ideology in the country, according to which all residents should work for the benefit of the younger generation. The greeting is expressed with a half-bow, the depth of which depends on the social status of the person. Many foreigners are surprised that North Korea rarely apologizes and expresses gratitude. This is not because Koreans lack upbringing, but rather because they do not want to embarrass the interlocutor.

Interesting fact: The government of the DPRK has its own special attitude towards gifts. If a relative or friend from another country donates a car to a North Korean, he is obliged to give the same car to the state.


Much attention in the country is paid to the preservation and development of art. Traditional music is performed on stringed instruments, the main genres are chonggak and minseogak. These works can be heard in theaters, on the streets and even on plantations during work. Choral singing is very popular. State ideology is clearly expressed in modern music, dance, and especially literature. Ordinary people became the protagonists of the picturesque works of the post-war era, made in the Joseonghwa technique. The works mainly reflect genre scenes of peasant life and events of the revolutionary past. Television and theater have an educational mission.

The education system in North Korea is built on the example of the Soviet one. School education is divided into three levels and lasts 12 years. First, the child goes to the preparatory class, after which he studies for five years in elementary school, three years in middle school, and three more years in high school. This part of the educational process is mandatory for everyone. Talented students can continue their studies at universities that are supervised by the government. The most famous are Kim Il-sang University of Science and Technology.

Interesting Fact: Internet access is closed for most residents of the DPRK. The country has its own "Kwangmyeong" network, which contains only censored scientific and technical articles.

Both traditional Korean and European sports are popular in the DPRK. The most common game is football. In recent years, the national team has traveled to the near abroad for championships, where it shows itself well. Representatives of the country rarely participate in major competitions, such as the Olympic Games. The greatest success was achieved by North Korean weightlifters who won gold at the Asian Games and at the Summer Olympic Games in London.

The most famous figures of the DPRK are Kim Jong Il, his son Kim Jong Un and, of course, the founder of the republic, Kim Il Sung. The name of the latter is sacred for many residents, and his state ideology "Juche" forever entered the history of world culture.

Interesting fact: In North Korea, housing is not officially for sale. Apartments are issued by the state.


There is only organized tourism in the country. Each traveler is assigned a guide who will tell about the history of the DPRK and arrange a full-fledged tour. The program includes visits to Pyongyang and Phanmunchzhom, the West Sea Dam and the Peoples' Friendship Exhibition in the Myohyang Mountains. Some attractions are located in the museums of the demilitarized zone with South Korea, so tourists are required not to transfer the photos taken to the media and not to post them on the Internet.

Resort areas and health centers in North Korea are underdeveloped. They are mainly located on the coast of the Sea of Japan, such as the resorts of Mazon and Rason. Tourists are attracted here by the opportunity to relax on the coast and stroll through the parks. Another such area is the beach next to Sijung Lake. There is a small mud bath here, and it is also the only place where you can stay for the night. The Ryongan spa resort, west of Pyongyang, offers visitors hot and cold spring treatments.

Interesting fact: In the DPRK, it is allowed to grow, use and distribute marijuana. The Ministry of Health even recommends smoking this plant.


Korean embroidery will be the best reminder of the country. Local craftswomen perform it on silk canvases, and each such work looks like a work of art. In North Korea, you should pay attention to national postage stamps, their design and graphics are traditionally popular with tourists. You can also look at cosmetics, ginseng-based medicines, and unusual liquors such as snake vodka.

North Korean cuisine is in many ways similar to that of neighboring countries. Its characteristic feature is the use of rice as the main ingredient. Pickled cabbage “kimhchi” or the famous Korean carrot can be an appetizer for it. Koreans eat little meat, but are very fond of seafood - from crabs and squid to a variety of shellfish and algae. A favorite delicacy in the DPRK is hodukwaja biscuits, which are shaped like a walnut. Nonju rice wine is common among drinks.

In Pyongyang, ask a guide to arrange lunch at the TV Tower and on a boat that goes along the river - such an acquaintance with culinary traditions and architecture will be remembered for a long time.

The DPRK celebrates many holidays, but the brightest of all is the birthday of Kim Il Sung. Parades are held along the central streets and squares of cities, accompanied by a demonstration of military equipment and a welcoming speech by the leader of the country. The main traditional holiday is the Lunar New Year. Often on this day, villagers perform sacrificial rites that have been preserved since ancient times. A mandatory event for the New Year is a visit to the nearest monument to Kim Il Sung or one of his family members.