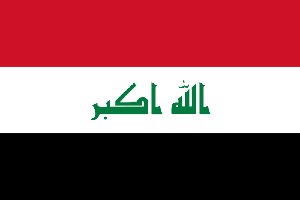 On the flag of Iraq, red symbolizes the fury of the struggle against the enemies of Islam, white - the generosity and nobility of the Arabs, and black - their great past and mourning for the dead heroes. In the middle is inscribed "Allah Akbar" - "Allah is great." & nbsp; 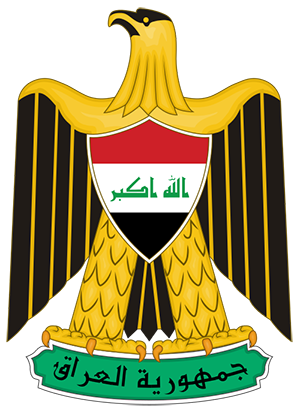 The eagle of Saladin on the coat of arms is a symbol of Arab nationalism, the flag of the country is displayed on the shield, and the “Republic of Iraq” is written on the scroll in the claws of the bird.

Applying for a visa to Iraq

Russians need a visa to visit Iraq. An application must be submitted to the diplomatic mission of the state.

How to get to Iraq from Russia on your own

There are no direct flights from Russia to Iraq - from Moscow you will have to fly with a transfer in Istanbul or Dubai.
News
ПУБЛИКАЦИИ

The Arab state of Iraq is located in the valley of the Tigris and Euphrates rivers within the Mesopotamian lowland. In the north of the country, the ranges of the Armenian Highlands stretch, which in the northeast smoothly pass into the Iranian Highlands, where the highest point of the country, Mount Haji Ibrahim (3587 m), is located. These areas are seismically active and therefore sparsely populated. In the southwest of the country there are deserts - Syrian and El-Hijar, which occupy part of the Syrian-Arabian plateau up to 900 m high.
The state borders on Kuwait, Saudi Arabia, Jordan, Syria, Iran and Turkey, and from the southeast it is washed by the waters of the Persian Gulf.

Iraq has hot summers with an average temperature of +50 degrees and cold winters with frosts in the northern regions. Continental climate dominates throughout the country. Precipitation here falls mainly in November-February, in the northeast it can be up to 1500 mm per year, and in the south - only 50 mm. Despite the uneven distribution of precipitation, the air in Iraq is very humid everywhere.


Most of the soil in the country is not suitable for agriculture, and naturally irrigated areas are located along the banks of the Tigris and Euphrates. Forests occupy only 2% of the land of Iraq, they grow tamarisk blooming with bright pink tassels, willows and Euphrates poplar. Pistachio, juniper and thorny bushes are characteristic of the highlands.

Poisonous cobra is widespread throughout Iraq. Large animals include gazelles, jackals and striped hyenas. The rivers and lakes of the country are rich in many kinds of fish. There are unique birds here - the Iraqi Warbler and the Iraqi Thrush Thrush, as well as rare bird species - Dalmatian Pelican, Pink Flamingo and others. In order to preserve rare flora and fauna, it was decided to include more than 3.5 million hectares of land in protected areas.

In the region of Mesopotamia in the Middle East, where modern Iraq is located, the Sumerian civilization was born 7000 years ago. The Sumerian aliens drove the tribes of the Semitic pastoralists to the north. And to this day it is not clear where the Sumerians came from, to which family their language belonged. But they invented writing and considered their language noble, the only one suitable for people. The Sumerians were the first in the Middle East to use the wheel and create an irrigation system.

The rich valleys of the Tigris and Euphrates were the subject of dispute between major powers. These lands were part of the Babylonian, Persian and Parthian kingdoms, they were conquered by Alexander the Great and the Romans. The Ottoman Empire was the last to dominate the territory of Iraq. In 1921, on the initiative of Great Britain, the Kingdom of Iraq was formed, and after a series of political upheavals, in 1958, the country became a republic.

More than 97% of Iraqis are Muslims, which has had a strong influence on the traditions and customs of the country. The manner of behavior of the Iraqis is distinguished by restraint and gravity. Only the right hand is used for greetings, and showing affection in public places is considered offensive to others. After each handshake, locals put their palms on their hearts, which expresses respect and friendliness. The social status of a person and the level of his education are of great importance. The Iraqis are quite friendly people, but only with those who follow their laws and respect the local way of life. The traditions of creating a family are also subject to strict rules - from an early age, girls are brought up as future mothers and submissive wives, for whom the husband is the master and his will should be carried out implicitly.

Despite the difficult situation, art is developing in the country, especially poetry. Many works have a socio-political color. Folk music is performed on plucked instruments - udde and eve. They sing songs in colloquial Arabic to their accompaniment. Theaters also thrive in the country, where they stage, among other things, works by European authors. The art of calligraphy, preserved from ancient times, is developing.
The oldest National Museum of Iraq in Baghdad houses the rarest archaeological collections that convey all the grandeur of the rich history of the state.


The educational system of Iraq consists of several levels, and the study of religion is an obligatory item in it. All education, from school to college, is free. Mandatory is the initial stage, which lasts 6 years and ends with the passing of exams. After it, students go to secondary school, which includes two three-year stages. Upon completion of school education and successful completion of the entrance examinations, everyone can continue their studies at one of the Iraqi universities. In teaching, the emphasis is on the humanities.

Many young people are actively involved in sports. The Iraqi national team is one of the strongest among the Arab countries. Football, basketball and other sports are cultivated in all educational institutions. Iraq has its own football and basketball associations, thanks to which athletes successfully compete in international competitions. To date, the country's only Olympic champion remains Abdul Wahid Aziz, who in 1960 won a bronze medal in weightlifting.

Masters living on the territory of Iraq presented the treasury of world art with the technique of the finest chasing, engraving and inlaying silver, gold and bronze items with precious stones. They also left beautiful architectural monuments and literary works. Mesopotamia is known for its monumental palaces, both religious and secular, with the earliest temples dating back to the 4th or 3rd millennium BC.
One of the most famous innovatory artists and sculptors of our time is Javad Salim, whose work has received international acclaim. He studied in Paris, Rome, London at the beginning of the 20th century.

Due to constant armed conflicts, the tourism sector in Iraq cannot develop fully. Basically, travelers go to Iraq to look at the places of biblical stories, first of all, the ruins of Babylon, which is the most ancient city on the planet. Many historical monuments are located in the Sumerian city of Ur and in the Venice of the East - the amazing port city of Basra. Mostly extreme people come to Iraq - here one cannot be sure that a trip to even the most beautiful and protected sights will be safe.

The mysterious and long-suffering country has no entertainment centers and health resorts. However, the people of Iraq keep many traditional medicine recipes that have been tested for centuries. Some procedures can be done in hotels, which are gradually being rebuilt after the hostilities. In recent years, the government has been allocating significant subsidies to tourism to help restore infrastructure and increase the flow of travelers.

In the oriental bazaars, the most famous of which is the Baghdad market, you can buy unique souvenirs. If you want to buy something that will clearly reflect the identity of Iraq as a keepsake, buy souvenirs dating back to the reign of Saddam Hussein in Iraq. You will not find such a rarity anywhere else. In addition, the shopping streets are shrouded in the aromas of oriental spices, which are in abundance here, and they are of high quality. In small trade pavilions, you can buy items made of gold, copper, and beautiful earthenware vessels.

Interesting fact: The word "Baghdad" translated from the Middle Persian language, which is no longer used, means "God-given".


Delicious teas that are popular with the local population, as well as national dishes can be tasted in small colorful restaurants. The basis of all dishes is meat and rice; beans and lentils are often served as a side dish, seasoned with amba, a spicy sauce made from mango fruits. Some establishments serve masguf - fish shawarma. As in many Arab countries, in Iraq, Samun bread and Khubz are always served at the table. Sweets are held in high esteem by the local population. Iraqi women are excellent at making ma'amul, biscuits stuffed with dates, pistachios, or walnuts; simbusak - pies with cheese and other fillings, as well as kahi - honey tubes made from dough.

There are few holidays and festivals in Iraq, but on New Year's Eve young people go to have fun in local clubs. However, girls are not allowed to enter there. There are no colorful festive processions on the streets of cities, only some residents leave their houses and make noise - this is how they express joy. On the birthday of the Prophet Muhammad, all houses are decorated with flowers, and at the end of the Hajj in Iraq, they celebrate the Eid al-Adha holiday. This is the local Eid al-Adha, symbolizing obedience - Abraham, who, as he was ordered, was ready to sacrifice his son, but Allah was convinced of his humility and humility - and as a result, a ram was sacrificed.

Iraq today is one of the least visited and explored countries by tourists. However, the desire to see the ancient monuments and join the culture that has existed for more than one thousand years makes travelers come to these great lands, because Iraq is called one of the centers of human civilization.