Indonesian islands are winning the love of Russian tourists

The Ministry of Tourism of the Republic of Indonesia summed up the results of 2017 - according to official statistics, 110,529 Russian tourists visited the country in 12 months. Compared to 2016, when the number of tourists from Russia amounted to 80,514 people, an increase of 37.28% was recorded, thus, in terms of the growth rate of tourist flow to Indonesia, Russia ranked first among all markets. 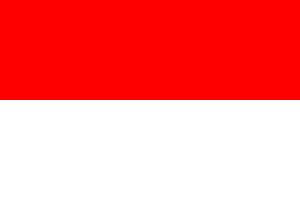 The red color of the Indonesian flag means bravery, while the white color means purity. 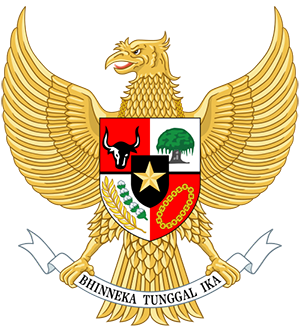 The coat of arms of Indonesia is called "Garuda Pancha Sila". It depicts the mythical bird Garuda and a heraldic shield, which consists of five parts, symbolizing the principles of the national philosophy. Garuda holds a scroll, on which the country’s motto diversity.”​

Applying for a visa to Indonesia

How to get to Indonesia from Russia on your own

There are no direct flights between the capitals - Moscow and Jakarta. Regular flights fly from Moscow to Bali and Denpasar, charters go there, but only during the “high season”.
News
ПУБЛИКАЦИИ

The largest ​by ​territory ​country​ of ​South-East​ Asia from Malaysia and Singapore, in the northeast, along the sea, Sulawesi borders with the Philippines, and in the southeast The Timorese and Arafura Seas separate the state from Australia. Indonesia has land borders with Malaysia and Papua New Guinea.
The predominantly mountainous terrain of the country makes it difficult to develop the territory and transport . The ​archipelago​​is​high​​volcanic​​and​​seismic​​activity​—​there​​are​​more​​100​​active​​volcanoes​​and​​400​dormant​.
rivers and sea coasts. The largest islands in Indonesia are New Guinea, Kalimantan, Sumatra, Sulawesi and Java, where the capital Jakarta is located.
​The country's ​territories ​distinguish ​two ​types of ​climate,​ ​which, in turn, are subdivided ​into​ many ​local ​microclimates, ​typical ​for . In the south and east, a subequatorial climate prevails with a rainy season from November to February and a dry season in the remaining eight months. The equatorial maritime climate has taken over the northern part of the country, and the seasons here are directly opposite to the southern territories. The average air temperature is +32 degrees on the coast and ​+20​ ​degrees​ ​in​ ​the​ ​mountains,​ ​where​ ​sometimes​ ​frost​ ​and​ ​frosts.

Interesting fact: During the rainy season, the relative humidity in Indonesia reaches 90%,​ ​a​ ​in the rest of the year - 80%. This is one of the highest rates in the world.


Many ​travelers​ ​call ​Indonesia​ a ​paradise ​on​ Earth.​ ​Indeed, the nature of the islands so rich and beautiful that it seems as if no man has set foot here! Three-tiered evergreen forests, full-flowing rivers, amazing blooming gardens and snow-white beaches. About 1,500 species of birds and at least 500 species of mammals live in the expanses of the archipelago, and the flora includes 40,000 species of plants. ​Many ​representatives of the ​fauna ​are found ​in the ​wild ​only ​here ​and ​are ​listed ​in the ​Red Book. Komodo dragons, Kalimantan cats, pygmy killer whales - Animal   Indonesia's world amazes with ​unusual inhabitants.​


The lands of ​modern​ ​Indonesia began to be settled more than 5,000 ​years​ ​ago. Dozens of states were born on the "paradise islands". Modern Jakarta was founded by the Dutch in 1612 as a sea fort in Java called Batavia. At the beginning of the 20th century, the Indonesian intelligentsia raised the question of the country's independence, on August 17, 1945, it was proclaimed, and officially recognized by The Hague - only in 2005. Today, the country is ​prospering democratic ​regime, which ​contributes to the settlement of ​ethno-confessional ​and ​economic​ ​issues.

Indonesia ​is the ​most populous​ ​Muslim​ culture. But ancient paganism is also very popular among the people, the traditions of which have been preserved to this day. Indonesians also have superstitions. For example, it is customary ​to ​eat​with​the​right​hand ​only ​and​​to​​greet​​the​​as​​the​​left​​is​​considered​“unclean.” ​feelings in public ​will not become - it is not accepted here, ​and a tourist ​should know about it.​


In addition to ​religions - Buddhism, Hinduism, Islam - ​and​ ​ethnoses inhabiting Indonesia, ​The country's culture was greatly influenced by India and China, as well as European peoples during the Middle Ages. Two ethno-cultural regions can be distinguished in the country - western and eastern. The vast majority of the population lives in the first one, and it is considered ​more developed.

Every ​official​ event in ​Indonesia​ through art. ​Traditional ​Indonesian ​dances are known all over the world, attracting the eye with ​unusual ​costumes ​and ​performance. The famous Wayang Theater borrows most of the plots from the Indian epic, masked actors, wooden puppets created by local craftsmen, or just shadows can participate in the performances. Painting, literature, the technique of creating national costumes - everything is saturated with traditions here. Indonesians remain faithful to the principles of mutual assistance and harmony, ​strictly follow their ​social​ ​role.

Education in Indonesia is ​divided into​ several ​levels. ​Preschool, which lasts from one to three years, is considered optional. elementary school and the first 3 years of high school, after which a certificate of incomplete secondary education is issued. To get a full ​secondary education and ​enter​ a university, ​you need to ​unlearn​ 3 more years. One of the most prestigious institutions of higher education is the University of Indonesia in Jakarta, founded in the middle of the 19th century by the Dutch.

Indonesia is a sports country. ​If before the formation of an ​independent state, ​only ​privileged ​strata of the population could ​go in for ​sports, ​now ​it is ​available to ​everyone. ​About ​4​ ​million ​people ​go to​ sports ​schools, ​60% of them ​are ​young ​under ​25​ years old.​

Interesting fact: Indo-Malayan​ geographical area, ​in​ which Indonesia is included, the homeland of taro, yams, some types of sugar cane, many types of fruits, a number of & nbsp; ​medicinal ​plants​.


Indonesia attracts tourists from all over the world with the opportunity to combine a beach holiday with an active one, and at any time of the year; there are ​beautiful ​ancient temples ​and​ ​palaces, ​underwater ​caves ​and ​colored lakes. The most popular islands are Java, Lombok, Sumatra, but Bali is the most famous, the beaches of which are famous for their yellow fine sand, and the coast attracts surfers.

Rest in this ​country ​very convenient to combine with ​health procedures. Traditional ​medicine ​of ​Indonesia, ​based ​on ​natural​ ​and ​climatic features, and ​modern ​are also famous - well-equipped ​specialized medical institutions with highly qualified ​specialists are located here. considered to be among the best in the world, especially those in Jimboran village in Bali. Thalassotherapy and various types of massage are used here to restore strength and treat various diseases.

For shopping and entertainment it is better to go to large City, for example, to Jakarta. Here is ​the ​largest​ ​shopping ​center in East Asia - Taman ​Anggrek ​Mall, where ​more than ​450 stores are located under ​one ​roof. ​But ​for ​souvenirs ​it's ​better ​to go to ​traditional markets. Crafts ​made of ​bone ​and ​wood, ​fabrics​ and ​painted masks, ​traditional puppet theater figures​ - the ​choice ​is ​huge. Art lovers can purchase batik paintings, which ​invented ​on the island of Java.

Entertainment in Indonesia is mainly related to green tourism. Travelers are offered to visit unique reserves, go diving or go to the zoo. There is a large water park in Bali, and in the north of Jakarta there is a huge beautiful aquarium “Sea World”. You can look at the animal world of the islands by going on a safari. br>
During ​national holidays in Indonesia, parades and processions with dances and music are held. Catholic Christmas and New Year are celebrated here with ​unusual​ scale - they are ​celebrated for two weeks. On Independence Day of Indonesia, all houses and streets are decorated in the colors of the national flag and colorful garlands are hung everywhere.

It's impossible not to try the local cuisine. Many national dishes, such as Indonesian fried rice, have conquered the whole world. Exotic flavor combinations typical of national dishes always amaze tourists. Different regions of Indonesia have their own culinary traditions and features, ingredients and cooking methods, and rules for eating. One of the most popular dishes is skewered meat called sotey. It is cooked on charcoal with peanut sauce and served with rice briquettes.

Indonesia is so beautiful and multifaceted that tourists who have been here come back to this paradise at the confluence of two oceans.