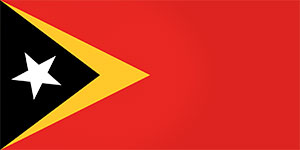 According to the constitution of the Republic of Timor-Leste, the yellow triangle represents traces of colonialism in the history of the country. The black triangle means difficulties to be overcome. Red means the fight for freedom. The star is the guiding light, the white color of the star is the world. 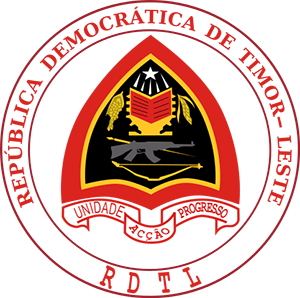 In the center of the coat of arms is an image of a Kalashnikov assault rifle.

Applying for a visa to East Timor

Extending a tourist visa is easy - each "extra" day will cost a dollar.

How to get to East Timor from Russia on your own

Air travel. There are no direct flights from Russia to East Timor, you can get to the country through Indonesia and Australia.
News
ПУБЛИКАЦИИ

The mountainous country of Timor is located in Southeast Asia. It occupies the eastern half of the island of the same name and small adjacent islands in the north and east.

coast. Plains stretch along the southern coast. The shelf zones, especially the bottom of the Timor Trench, are rich in oil and gas reserves, which are among the largest in the world.

The climate in Timor is predominantly equatorial. It rains continuously from September to May. The average air temperature during the year is 25-27 degrees Celsius, the humidity is usually high. The dry season lasts from June to November. This is the best time to visit the country. However, it is worth remembering that the islands are located in a seismically active zone, earthquakes and tsunamis are not uncommon here.

The nature of Timor is evergreen wet forests, savannahs with acacia groves and mangroves on the coast. Palm trees and bamboo forests alternate with thickets of fragrant alang-alang, which the locals call "the flower of all flowers." Flocks of colorful birds fly from tree to tree, and you can often see cockatoo parrots. Deer and mountain goats live in mountainous areas, and babirusses, couscous and pythons live in forests. The most common animals on the island - cockatoo monkeys - are real beggars, they often beg for food from tourists.

In the Middle Ages, Timor alternately belonged to Portugal, Great Britain, Holland and Japan. After the revolution of 1974, the decolonization of the Portuguese possessions began, it also touched Timor. However, in 1975, a military coup took place in the country, and for another 25 years it was occupied by Indonesia. After a referendum in 1999, East Timor gained full independence.

Timorese are distinguished by smiles, hospitality and a great sense of humor. Local residents treat Europeans with special sincerity and disinterested cordiality.

More than 97% of the population of East Timor profess Christianity, the church enjoys undeniable authority here.

< b>Interesting fact: Timorese are very proud of their Catholic status, emphasizing it at every opportunity, and love to repeat, that the number of statues of Christ per capita overtook Portugal.


The culture of the country reflected the traditions of Roman Catholicism, Portugal and Malaysia.

The musical culture of Timor is often called "Music of black gorillas", it reflects the customs of local tribes and historical events. Music and dance are divided into four areas: you, tebeday, dance and kansaun. Each of them has its own ethnic and territorial characteristics. Dances are inextricably linked with music, which is performed on violins, bamboo flutes, cornet and waranga. In the central part of the island is the village of Oebelo, where you can hear the sounds of sasando, which is played only in this settlement and the immediate surroundings.

Literature, pottery and jewelry, wood carving and weaving - this is an incomplete list of arts , which are developing on the island.

The level of literacy in the country is not very high: a little more than half of the population can read and write. The education system includes three years of pre-school education, 12 years of schooling, nine years of which are compulsory and free for everyone, and three more years of paid general or vocational education. The main universities and scientific institutions are located in Dili, and most of the schools are located at Catholic missions.

The most popular sport is football.

East Timor is famous for its writers, the most prominent of which was Fernando Silvan , Francisco Borja da Costa and Xanana Gusmão. Among the figures of science, culture and philosophy are Maria Alise Branco, Paulo Quintau da Costa, Marsal de Andrade and Luis Cardoso.

Fun fact: East Timor is the youngest country in the world.


To East Timor come mainly for the dive safari. The conditions for the coral reef ecosystem are ideal here, the water is clear, visibility is excellent. Those who are interested in snorkeling (swimming with a breathing tube and fins) should visit the eco-resort Tua Koin. Fans of beach holidays and spa treatments will love the city of Baucau. The attention of fans of mountaineering and rafting will certainly be attracted by mountains and national parks. And to appreciate the local color, you need to visit small villages.

Thanks to the developed crafts, shopping here is very exciting. In the bazaars you can find exotic sculptures made of sandalwood. Weaving craft is represented by durable mats, reed napkins and handmade oriental carpets. Gemstone necklaces and colorful local fabrics make great gifts.

Fun Fact: According to one of the local legends, the island of Timor was a giant crocodile.


Timor-Leste, as the country is also called, is especially noted on the culinary atlas of the world . Most local dishes are based on rice, often eaten without spices and salt, and tinted with different colors with food coloring. In cooking, bamboo shoots, soy, mango, vanilla, coconut milk and poultry are widely used. The most popular national dishes are beef sate (meat strung on small wooden skewers and cooked over coals) and the tropical dessert leche flan (cream caramel with a tropical touch).


< p class="fact">Interesting fact: The name of the country is a variant of the name "Timur", which is Malay means "east".
Most of the holidays in East Timor are associated with historical events. In April or May, at the end of the rainy season, the annual Carnival de Timor festival is held in the capital. It is accompanied by original music and dances, and the participants are dressed in the most interesting national costumes. Easter and Liberation Day are also celebrated in the country.