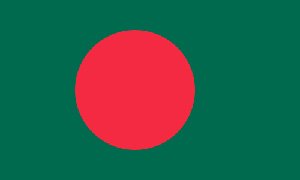 The green color of the flag is the symbol of Islam, the red circle symbolizes the rising sun. Sunrise speaks of independence. 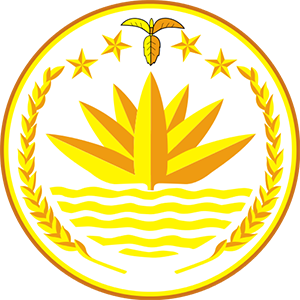 The water lily located in the center of the coat of arms is the national symbol of Bangladesh. The country is agrarian, and the main agricultural crop here, as well as the main food product, is rice, the ears of which are also depicted on the coat of arms. Jute, located between the stars, is also an important plant, yarn is made from it. The four stars represent the four principles - nationalism, democracy, Islamic socialism and Islam.

Applying for a visa to Bangladesh

visa is required to visit the country. You can issue it in two ways - at the airport or through the consular department. In both cases, you must provide the necessary set of documents. A single entry tourist visa entitles you to stay in the country for up to 90 days.

How to get to Bangladesh from Russia on your own

The most convenient option is air travel, although Bangladesh can only be reached by air through transit flights. The best option is to fly to Dhaka via Kolkata (India) or Dubai (UAE). Buses run regularly from Indian Kolkata to Dhaka, the capital of Bangladesh, to the cities of Khulna and Rajshahi.
News
ПУБЛИКАЦИИ

Bangladesh is a small state in South Asia, it is located in the delta of the Ganges, Meghna and Brahmaputra rivers. In the north, west and east, the country borders with India, and in the southeast - with Myanmar. Its southern borders are washed by the waters of the Indian Ocean, or rather, the Bay of Bengal. Most of the territory is occupied by plains and floodplain lowlands formed by a multi-branched river delta. The soils of Bangladesh are fertile and enriched during floods. During high water, the Ganges, Tista and Jamuna change their channels, which often leads to the erosion of agricultural land and the formation of new sandy islands. In the north-east of the country lies the Meghna Depression, which stretches from the base of the Indian Shillong Plateau. The ridges of the Lushai Mountains and Chittagong Mountains are located in the northwest and southeast, here is the highest point of the country - Mount Reng Tlang (957 meters).


Due to the dominance of the subequatorial monsoon climate and tropical in the country is very high humidity and frequent whirlwinds of cyclones. The rainy season lasts from May to mid-October. During this period, 80% of precipitation falls. On average, precipitation is 2000-3000 mm in the central part, and up to 5000 mm in the northeast - this is one of the wettest regions on Earth.

The temperature fluctuates slightly throughout the year, the coldest month is December, when the air warms up to + 8C, and the hottest is April with a temperature of + 30-40C. Tropical cyclones are accompanied by a strong storm on the coast and waves that rise upstream the rivers for several tens of kilometers. The best time to visit Bangladesh is during the dry, cool season from October to February.

Bengal tigers live in the impenetrable jungle, entangled in mangroves, and wild elephants, rhinos, leopards, civets and jackals live in the Chittagong Hills. Rice and jute are grown in fields reclaimed from the jungle. Next to them are tea and rubber plantations. The tropical evergreen forests are home to rare tree species such as teak and salwood. The flower symbol of Bangladesh, the water lily, adorns the country's waterways. They have a lot of fish. In recent years, the government has been creating new protected areas in order to preserve the unique nature of the country and prevent the disappearance of rare species of plants and animals from the face of the earth.

The first settlements on the territory of the state date back to the 7th-6th centuries BC. From the 7th to the 12th centuries, the Bengal state flourished at the mouth of the Ganges River, some scholars even called it heaven on earth. Later, Bengal was under the rule of Muslim conquerors and was part of the English colony. After the division of British India into two states - Pakistan and the Indian Union - the territories of modern Bangladesh belonged to Pakistan, but as a result of the active movement for independence, the People's Republic of Bangladesh was formed in 1971.

Formed under the influence of Islam and Buddhism, the traditions of the local population are surprising with its diversity. Touching a person is considered a sign of bad taste, so do not be surprised if even at a business meeting you are not given a hand to greet. Despite the reverent attitude towards children, the birth of a girl in Bangladesh is considered undesirable, because when marrying her later, you need to provide a dowry, which is problematic in conditions of widespread poverty. Weddings, like many centuries ago, are arranged by parents. True, according to modern laws, the bride and groom must confirm their desire to marry, otherwise it will be invalid.

The countryside of Bangladesh is colorful: cozy houses are built of bamboo or clay, and gardens are planted around and small ponds are arranged. If suddenly you were invited to visit, you must definitely praise the hostess and the food she prepared, and bring sweets as a gift - you should be careful with other presents: only a husband can give jewelry and clothes to a woman.


Interesting fact: New Year in Bangladesh is celebrated on April 14, not January 1.

The culture of Bangladesh has dozens of directions. Most of all, the local population loves music and dancing. During national holidays, classical Indian theatrical dances bharatanatyam and kathakali are performed, the obligatory attribute of which is a costume made of colorful fabric. Folklore is represented by colorful jatra performances, which are performed to the accompaniment of dotar, dhol and flute. Literature based on general Bengali and Muslim traditions, painting and film production are actively developing. The original culture is so multifaceted that each locality has its own art direction, characteristic of certain population groups.

Interesting fact: An exact life-size replica of the Indian Taj Mahal was built near the capital of the state.


A significant role in the development art plays an increase in the level of education of the inhabitants of the country. The whole system is divided into several levels - primary, secondary and higher. Children receive primary and secondary education for ten years, after which they pass state exams and can enter the university. An ordinary bachelor's degree is awarded after two years of study at a university, and an honorary degree after three. Education in higher educational institutions is paid and available to a small number of citizens, however, there are special scholarship programs that allow talented young people to gain knowledge in the best educational institutions in Bangladesh.

Interesting fact: Among the universities of Bangladesh there are institutes of jute, animal husbandry, tea, forestry, as well as cholera and malaria.


Cricket and football are especially popular among the population of the country. The national cricket team is called the "Tigers", after the "informal" symbol of the country - the Bengal tiger, and is one of the strongest in the world. And the national game of kabaddi (a kind of mixture of wrestling and tag), which means "breath-holding", is included in the program of the Asian Games.

Bangladesh is the birthplace of Muhammad Yunus, a banker and professor of economics. In 2006, he won the Nobel Peace Prize for his social project in the development of entrepreneurship among the lower strata of the population and social development in general.

Fun Fact: There are three UNESCO World Heritage Sites in Bangladesh: Bagerhat, the Historic City of Mosques, Paharpur's Vihara, and the world's largest mangrove forest, the Sundarbans.< /i>


Foreigners come to Bangladesh to see the amazingly beautiful nature and get acquainted with the rich history of the country. They are offered excursions to national parks, visits to historical sites and museums. Vihara in Paharpur, a large Hindu monastery founded in the 8th century, is very popular. In the capital of Bangladesh, Dhaka, there are several main architectural monuments of the country at once - the Lalbagh Fort, the Star Mosque and the Ahsan Manzil Pink Palace, which houses the National Museum. Most of the monuments date back to the 7th-9th centuries and were built under the influence of Indian culture.

Interesting fact: All bricks produced in Bangladesh are marked with the initials of their makers.


For the comfort of tourists in the country, especially in the capital, many hotels have been built different class. The only seaside resort located on the border with Myanmar. Cox's Bazar is 200 kilometers of wide beaches and several islands with white sandy coast. Bangladesh is starting to develop medical resorts, but even now you can get treatments in the spa centers of large hotels.

Coming to Bangladesh, it is worth remembering that this is where dozens of popular brands manufacture their products. This makes local shopping very attractive. Locals recommend going to Banga Bazaar because it has everything from home utensils made by local artisans to branded items. Luxurious fabrics and products made from reptile skin, an abundance of jewelry made of pink pearls and souvenirs made of sea shells are the most popular among tourists.

There are no bars, discos and attractions familiar to Europeans in Bangladesh. But there are restaurants that prepare delicious rice-based dishes - muri, dum-biryani and others. Spices play an important role in cooking, curry mixture is very popular. Each province has its own culinary characteristics. In Dhaka, for example, fresh fish with seasoning is preferred, and in the Sylhet region, special fruits and spices are used, with which the dish becomes sour.

Almost all year round, holidays and festivals are held in the country. Most of them have a religious meaning. All of them are accompanied by magnificent feasts, dances and colorful processions. On the day of the Durga Puja celebration, for example, statues dressed in colorful clothes are made, which, after the traditional four-day celebration, are lowered into the nearest sacred reservoir to the drumming.