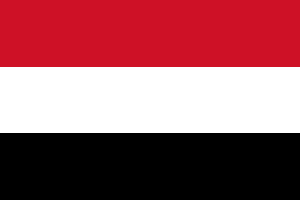 The national flag of Yemen is made in the traditional pan-Arab colors of red, white, and black. 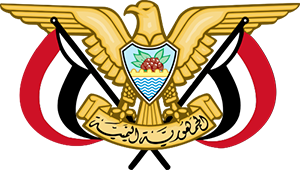 The emblem of Yemen depicts a golden eagle holding a scroll in its claws. Arabic is written on it. الجمهورية اليمنية‎ or "Al-Jumhuriya-al-Yamaniya" (Republic of Yemen). On either side of the eagle are the national flags of Yemen.

Applying for a visa to Yemen

visa in Moscow can be obtained at the Yemeni embassy on the 2nd Neopalimovsky lane. It will cost about $50 and visa processing will take a week.
You must enter the country no later than one month after receiving a visa.
Currently, Russian citizens can obtain a tourist visa directly at Sanaa airport, provided that Your passport does not contain Israel stamps.

How to get to Yemen from Russia on your own

Yemen is located in the southwestern part of the Arabian Peninsula and is washed by the Arabian and Red Seas. It borders on land with Saudi Arabia in the north and northeast and Oman in the east.

The geography of the country is mountains in the north and in the center, a plain on the Red Sea coast and a desert in the east. The most fertile lands are located in the Hadhramaut valley. In the south-west stretches the most lifeless space on the Arabian Peninsula - the quicksands of Bahr es-Safi.

The climate largely depends on the relief of the country. The most comfortable weather conditions are in the valleys. In summer, the air here warms up to 28–30 degrees Celsius, and in winter, the daytime temperature stays at plus 20 degrees. The climate on the coast is monsoonal, tropical, humidity can reach up to 100%. In the Tihama desert, temperatures rarely drop below 32 degrees, sand and dust storms are not uncommon.

Sorghum, vegetables and spices are cultivated on mountain plateaus. Palm trees, ficuses and acacias grow in the foothills. The country has many plantations of cotton, coffee and a low evergreen shrub cat. Gum arabic, gum and frankincense are extracted from wild plants. On the island of Socotra there are dragon trees, which are not found anywhere else on the planet.

Unlike the plant world, the animal is not diverse. Of the large mammals, rams and gazelles live here, and in the mountains and near fertile valleys you can see baboons and hamadryas. Snakes, rabbits and small rodents live in the deserts.

The first state that appeared on the territory of modern Yemen was the kingdom of Mine. The Himyarite Kingdom and the Arab Caliphate came to replace them. For many years the country was ruled by neighboring empires. In the 19th century, the country was divided into North and South Yemen. They reunited and gained full independence only a hundred years later, on May 21, 1990.

The people of the country carefully preserve and honor the traditions of their ancestors. Families live in tribal communities headed by elders. Marriages are arranged according to the agreement of families, and according to Sharia rules, a woman must obey the will of a man. Yemenis rarely invite a traveler to their home, it is considered a high honor for a guest.

For many years, Yemen was considered the center of art in the Arab world. Ancient books mention the work of Yemenite jewelers, for which many merchants came. Monuments of Yemeni sculpture and architecture have survived to this day - geometric elements carved on stone and images of sacred animals and plants. Of particular admiration is the national costume - it is sewn by hand and decorated with cowrie shells and silver coins.

The contribution of South Arabian culture to the world treasury is comparable to the contribution of civilizations that existed in the territories of modern Iraq and Syria.
< br> The Yemeni school system consists of three levels - primary, preparatory secondary and secondary secondary. Despite the fact that children study for free, many parents do not send them, especially girls, to schools. The largest institutions of higher education are the University of Aden, the University of Sanaa and the University of Ibb. There are many craft training centers that train skilled workers.

Interesting fact: The population of Yemen is one of the youngest in the world, more than half of the inhabitants are under the age of fifteen.


A significant part of Yemen is covered with mountains, lovers of extreme sports come here sports from all over the world. Climbers, both locals and visitors, are especially fond of Mount Sarawat. In addition, athletics, national wrestling, tennis, volleyball and basketball are developing in the country. The most popular game is football, the national team for this sport is included in FIFA.

The abundance of attractions, mountainous areas and the island of Socotra, famous for its groves of dragon trees, attract travelers to Yemen. The tourism potential of the country is huge. The most favorable for travel are the eastern regions of the country, Aden and its environs, some mountainous regions in the north and remote provinces.

Yemeni resorts are mostly historical places that remember the reign of the legendary Queen of Sheba. The main resort center is the capital of Sana, associated with biblical stories about the flood. Real adventures await travelers on one of the most amazing islands on the planet, Skotra. And to enjoy diving and walking through the mango forests, you should look at Kamaran Island.

The Eastern Market in the Old City welcomes visitors with endless rows of spices and spices, silverware and soapstone. Markets are highly specialized. People go to Sukelmil, which has been operating for more than a thousand years, for medicinal salt. From the city of Mocha, as a rule, they bring coffee grown in the local hills.

Interesting fact: Sana'a, the capital of Yemen, claims to be one of the oldest cities in the world.


A distinctive feature of Yemeni cuisine is a passion for seafood and spices. Most dishes are porridge-like, they are eaten with cakes - a method common in the East. Almost all dishes are served in a stone bowl called Muggle. Many dishes are made from lamb, mutton and vegetables. Locals believe that oxtail soup makes a person's back invulnerable. The most famous dishes are “haradha” (minced meat with pepper and spices), “salta” (poultry stew with lentils, beans, peas, coriander and spices), marag meat soup and “khanid” (lamb stew with spices).

There are not many holidays in the country, most of them are of a religious nature. However, sometimes festivals are held here, which allow the traveler to feel the culture of the ancient civilization. Every year Sana'a hosts a festival of nasheeds - religious chants. Groups come here from various provinces of Yemen, as well as from Egypt, Syria and Saudi Arabia.