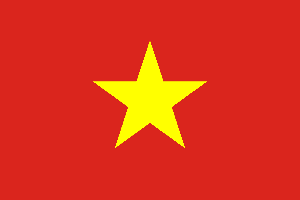 The flag features a yellow five-pointed star on a red background.
The star represents the leadership of the Communist Party of Vietnam, the red represents the success of the revolution, and the five points of the star are sometimes spelled out as workers, peasants, soldiers, intellectuals, and youth. This version of the flag was established on November 30, 1955. 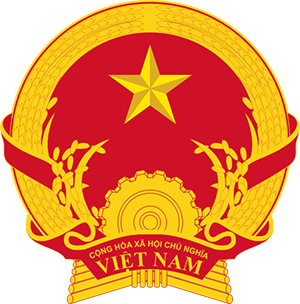 The coat of arms of Vietnam is represented by a circular red background, and a yellow star representing the Communist Party of Vietnam. The cogwheel and crops represent the union of agriculture and industrial labor. The five-pointed star symbolizes the five classes that work together for the good of the country.

Applying for a visa to Vietnam

Russians do not need a visa to stay in the country for the purpose of tourism for up to 15 days. If you stay in the country without a visa for a day, then you will have to pay a fine - $ 5. Visa-free entry for 30 days is open to Phukok Island. In all other cases, you will need to apply for a visa. You can do this at the consulate or upon arrival at major airports & nbsp;

How to get to Vietnam from Russia on your own

Regular flights fly from Moscow and St. Petersburg, as well as from other Russian cities. Arrival airports are Noi Bai in Hanoi and Tan Son Nhat in Ho Chi Minh City.
News
ПУБЛИКАЦИИ

One of the most densely populated Asian countries is located on the eastern coast of the Indochina peninsula. Vietnam is washed by the South China Sea and borders Cambodia, China and Laos. Most of the territory of the state is occupied by mountains of medium height, and the plains are located on the coast and at the mouths of the Mekong rivers & nbsp; and Honghi. In the north of the country is the highest point in Southeast Asia - Mount Fansipan, whose height is 3143 meters above sea level. In addition to the mainland, Vietnam includes several thousand islands, some of which are the subject of territorial disputes. The largest of them is Faukok, located on the archipelago of the same name.

Throughout the year, high temperatures and high humidity are maintained in Vietnam. This is due to the country's location in the tropical and subtropical zone. The only exceptions are the northernmost territories. Due to its considerable length, the climate of Vietnam is very diverse. In the north, monsoons dominate and all 4 seasons are clearly expressed, while in the southern territories, which are less dependent on monsoons, two seasons are clearly traced: the rainy season & nbsp; and dry season. In autumn and spring, typhoons dominate the coasts.
The island of Faukok is considered the driest territory - here the rainy season lasts only a month, and the rest of the time it is sunny and calm.

Due to its geographical position, the nature of the country is very diverse. A significant part of the territory is covered with forests. Grow in the jungle  valuable tree species and many types of medicinal plants. In the rainforest zone, you can find & nbsp; panthers, leopards, tigers and peacocks. The fauna of Vietnam is so amazing that new species of animals and fish are still being discovered here. Pink flamingos, storks, pelicans and herons live in river deltas and swamps. In order to preserve natural wealth, 87 specially protected territories with a total area of 750 thousand hectares have been created in the country.


The first states on the territory of modern Vietnam were formed more than 4,000 years ago. The history of the country is based on the fate of two peoples who fought each other throughout the entire space from Hongkhi to the Mekong. During its existence, the territory of the future state was repeatedly divided, but in 1802, the Nguyen dynasty united the entire empire, officially calling it Vietnam. From the middle of the 14th to the 70s of the 20th century, the French dominated the country. The Declaration of Independence of Vietnam was promulgated on September 2, 1945, but Vietnam finally managed to get rid of the influence of France only in 1973.

The traditions of Vietnam have been preserved since ancient times and were formed under the influence of the religion and culture of neighboring states. Many Vietnamese believe that spirits live in their neighborhood, which can be very dangerous for humans. Therefore, mirrors are hung on the doors of the house from the side of the street - it is believed that dragons and demons will see their reflection in them and will not enter the dwelling. According to traditions, it is not customary to praise children or call them by name in public, since the name of a person is considered sacred. Another tradition of the local population is to always smile. But this does not mean at all that at this moment a person experiences joy - the Vietnamese smile even at the moment of deep sorrow.

Interesting fact: When dealing with Vietnamese, it is better not to touch their head or shoulders. Such touches are considered as a sign of aggression.


The culture of this eastern country is original and unique. Philosophy and religious movements have largely determined the cultural heritage of Vietnam. Painting and religious sculpture became widespread. A huge number of temples and pagodas have been built on the territory of the state, which are decorated with figures of mythical animals and statues of gods. The most spectacular art form is the Vietnamese theater, which surprises with the beauty of national costumes and unusual traditional music. There are several types of theaters, but the most exciting action takes place during performances with wooden puppets on the water.

Interesting fact : There are as many as eight pronouns in the Vietnamese language, which are translated into Russian only by one - “I”. Their use depends on age, gender and social status.


Since ancient times, teachers and philosophers have been considered among the most revered people. In modern Vietnam, teachers and learning in general are treated with special respect. The education system of the country is divided into 5 levels: kindergartens, primary schools, secondary schools, higher schools, colleges/universities. Primary school is considered compulsory education in Vietnam - it is provided to all citizens of the state free of charge. All subsequent stages of education are paid, but a person can count on private or public assistance.

In recent years, not only the educational activities of the country, but also sports have been actively developing. The main emphasis is placed on physical culture and mass sports. The most popular are football, taekwondo, rowing and chess. Vietnam has its own national sport, takarav. Takarav is similar to volleyball, but it is played not with hands, but with feet.

The most ancient civilization gave the world many talented musicians, artists and poets. The most famous cultural figures of the past centuries were Nguyen Chai, Nguyen Binh Khiem and Nguyen Dhu. A great contribution to the development of the military industry of Vietnam and the world as a whole was made by & nbsp; scientist Chan Dai Ngia. He invented the SKZ pistol and was involved in the development of bazookas and recoilless rifles.


In recent years, Vietnam has been gaining popularity in tourism, which is the main source of income for the state. Friendly residents and comfortable climatic conditions, together with fascinating nature, attract tourists from all over the world. Here you can not only visit the historical sights that the country is rich in, but also have a good rest on the sunny coast. The measured rhythm of the country's life is the best way to relax with your family.

There are a large number of resorts on the territory of the country. The best are located in the south of the country. One of the most popular is Nachang. Outdoor enthusiasts can go diving to one of the coral reefs or visit the local water park. Those who want to study the culture should definitely see the Cham towers - a temple complex in which, according to legend, deities live.  When choosing a resort, it is worth remembering that there is a rainy season in the country, when the weather is unpredictable and the water temperature is not conducive to swimming.

Interesting fact: One of the most unusual islands in Vietnam is an island inhabited by more than 1500 monkeys. Many tourists come here to play with animals and enjoy unusual shows.

To combine business with pleasure, many tourists come to Vietnam to improve their health with the help of traditional oriental medicine. There are even special Spa - tours to the most "useful" resorts in the country. Acupuncture, herbal medicine and treatment in mud-mineral springs are in the greatest demand. These procedures help to increase the body's immunity, relieve pain and improve blood circulation.

In addition to its nature, treatment centers and fascinating history, Vietnam is famous as the kingdom of shopping. A large number of shops and a variety of goods will surprise even the most demanding customer. In the villages on the coast, you can find products made from natural pearls, and for silver products or silk paintings, you should go to small workshops on the outskirts of cities and villages. Gemstones, pottery, carved furniture and hundreds of other unique items are made by local artisans.

An interesting fact: The most popular locally produced miraculous medicines are ointments based on snake venom and Lynci mushrooms.

< br> Shopping can be combined with visits to cultural centers, water parks and museums. Vietnam offers travelers a huge amount of entertainment for every taste and budget. A visit to a pearl farm, a descent down a mountain river or a cruise on the Mekong River - the choice is yours.
enjoy fascinating performances on the water.

One of the main entertainment centers - Winpearl Park is located on the island and is connected to the mainland by the longest cable car in the world, with a length of 3,300 meters and a height of 70 meters .

After entertainment, you should definitely refresh yourself with delicious traditional dishes. The culinary tradition of Vietnam is a symbiosis of Chinese, Thai and Japanese cuisines. Unlike neighboring Asian countries, the dishes are not overly spicy. The cuisine of the peoples of the north is more traditional - they prefer simple dishes with a small addition of spices and most of all they like to cook a variety of soups. In the central and southern regions, hot spices are used and special attention is paid to exotic snacks and pastries. Vietnamese cuisine is so unusual that it seems that the imagination of local chefs knows no bounds. In the menu of various establishments, you can find dishes from snakes, crocodile, bats and even sea worms! Not all dishes may appeal to a person who is not accustomed to such food, but they will definitely be remembered.

Almost every province has not only its own culinary features, but also many holidays. All events have one thing in common - entertainment. The most spectacular performances can be seen at fireworks, paper lantern festivals and the Vietnamese New Year. These days the country is changing and becoming truly magical. To get to one of the festivals, you need to take care of booking a hotel in advance - the holidays are so popular among the residents of the country that it will be very problematic to find a free room.


Talking about Vietnam and its features can be endless. visit this incredible country and see everything with your own eyes.