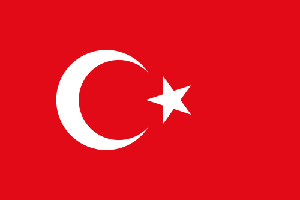 The red color of the Turkish flag dates back to Umar, the ruler of the Arab Caliphate (634-644) and the conqueror of Palestine, Egypt and Mesopotamia. In the 14th century, red became the color of the Ottoman Empire. The crescent with a star is the symbol of Islam. 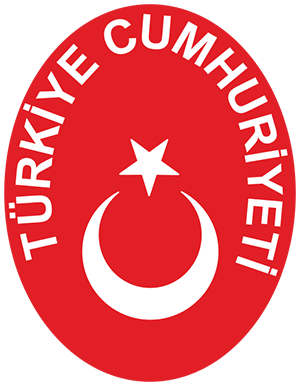 The Republic of Turkey has no officially approved state emblem. Instead of the coat of arms, many state institutions of the country use a semi-official emblem - a red oval, in which there are a crescent and a star similar to those depicted on the national flag of the country. The official name of the country in Turkish is written on the upper edge of the oval.

Applying for a visa to Turkey

Citizens of Russia whose purpose of travel to Turkey is tourism do not need a visa.

How to get to Turkey from Russia on your own

Residents of the country consider themselves both Asians and Europeans. And this is not surprising, because one part of the country is located in Southwest Asia, on the Anatolian Peninsula and the Armenian Highlands, and the other - in Southern Europe, on the Balkan Peninsula.

Turkey is framed by seas and states. It borders on Georgia, Armenia, the Nakhichevan Autonomous Republic, which is an independent state within Azerbaijan, Iran, Iraq, Syria, Greece and Bulgaria. Warm waves of the Black, Mediterranean, Aegean and Marmara seas lap at its shores.

The climate here is mountainous with continental features - with hot summers and cold snowy winters. In the Aegean and Mediterranean seas, the climate is subtropical Mediterranean. On the coast of the Black Sea - temperate sea.

The highest peak of the country is the extinct volcano Ararat (5137 meters). The Bible says that it was to this mountain that Noah's ark was brought up at the end of the Flood. The story told in the Bible echoes the Gilgamesh Poem of the 7th century BC. In it, a large ark, by order of the god of wisdom Ea, is built by the hero Utnapishtim. The fact that Noah's Ark is located on Ararat is also mentioned in his notes by the XIV century traveler Marco Polo.

6700 plant species can be found in Turkey - different in its coastal zone and in the interior. Oak and plane tree, maple and grapes, evergreen laurel and myrtle, wild olive, strawberry tree and almonds grow here. The national treasure of the country is the tulip flower, which was originally cultivated in Persia and Byzantium and was inherited by Turkey.

Interesting fact: One of the legends says that the tulip grew at the site of the death of the unrequitedly in love Persian prince Farhad. He could not come to terms with the fact that the beautiful Shirin preferred another, and committed suicide by jumping into a mountain gorge.


The wild nature of the country is inhabited by leopards, bears, red deer, roe deer , badgers and many other animals.

The modern Republic of Turkey was founded in 1923, a few years after the end of the First World War and the division of the Ottoman Empire. Before becoming the center of the Ottoman Empire for several centuries, this territory was part of the ancient states: Persia, Armenia, Rome and Byzantium. Here was the legendary Troy, discovered in 1876 by Heinrich Schliemann, and in Smyrna - modern Izmir - the great Homer was born.

In 1071, tribes of nomads - the Seljuks, came to these lands, who conquered Anatolia by 1243. After 45 years, the Ottoman Empire was founded here, whose first capital was the city of Bursa. In 1453, Sultan Mehmed II conquered Constantinople, which was renamed Istanbul. Since that time, the city of the Byzantine emperors has become the capital of the Ottoman port.

Turkey is multinational. Indigenous peoples include the Ottomans, Armenians, Greeks, Kurds and Assyrians. The descendants of almost all the peoples who once inhabited the Ottoman Empire also live here. Among them are Crimean Tatars, Albanians, Bulgarians.

Officially, Turkey is a secular country in which religion is separated from the state. But historically it turned out that Islam dominates here, which is practiced by the majority of the inhabitants. There are 78,000 mosques in the country. There are also fairly large communities of Christians and Jews in Turkey.

The Turkish language goes back to the ancient Oguz, which was spoken by the tribes that originally lived in Central Asia and were forced out of its chapels to the west by other Turks - the Uighurs. The Turkish language was greatly influenced by Persian and Arabic, the number of borrowed words is about 80%.

One of the earliest Turkish works is Ahmed Fakir's Book of Destiny (XIII century). As a rule, Ottoman literature was of a religious nature and combined, among other things, the traditions of Persian and Arabic literature. The folklore of the country is an oral heroic epic, tales and funny stories about Khoja Nasreddin. Modern Turkish authors are known abroad as well. Among them are Ilhan Berk, Oktay Rifat, Ahmed Arif.

During the Ottoman Empire, a new musical genre was formed - orchestral military music. By the 18th century, the popularity of Turkish marches in Europe was reflected in the works of Mozart, Beethoven and many other composers of that time.

The education system in Turkey is represented by public and private schools. There are about 118 higher education institutions in the country. Almost all universities teach in Turkish and English. The most prestigious institutions of higher education include Sabanci University in Istanbul and the Middle East Technical University in Ankara.
The country's health care system has extensive networks of fairly modern public hospitals and private clinics. High medicine is available not only to residents of big cities, but also to villagers. The state system of health insurance almost completely covers the expenses of citizens, including those in private clinics.

When visiting the country, you should know that here ambulance is provided free of charge, including to foreigners. But for treatment, it is worth stocking up on an international medical policy.

For the first time, Turkish athletes took part in the Summer Olympic Games, while still representing the Ottoman Empire - in 1908. The first Winter Olympics for the Turkish national team was the 1936 Games in Bavarian Garmisch-Partenkirchen. During this time, Turkish athletes have won 39 gold medals, 24 silver and 28 bronze. The most successful Olympic disciplines for them are different types of wrestling and weightlifting. Turkish football is a special national pride. Istanbul clubs "Galatasaray" and "Fenerbahce" are rightfully considered one of the best in Europe.

Turkish cuisine has absorbed all the best from the Turkic, Armenian, Greek and Arabic culinary traditions. Traditional dishes can be simple and easy to prepare, such as shish kebab - lamb on a spit. They are also complex and refined, for example, karidesh gyuvech - shrimp baked in a pot with tomatoes, garlic, spices and butter. Meat, fish, fruits, vegetables, olive oil and yogurt are actively used in local cuisine.

A classic hookah, Turkish coffee pot, bed linen and Turkish cotton towels can be a good gift from colorful Turkey. Excellent gifts - delicious local teas, sweets and, of course, spices. All sorts of souvenirs, gold and silver jewelry are also brought from here.

Turkey has been one of the most popular tourist destinations for Russians for many decades. Favorite resorts - Antalya, Marmaris, Alanya, Kemer and Bodrum. In addition to the opportunity to lie peacefully on the beach or view the underwater world while diving, Turkey gives tourists sightseeing experiences. There are many unique monuments here. Among them is the city of Artemis - ancient Ephesus on the coast of the Aegean Sea, not far from the port of Izmir, as well as the region of Cappadocia, where underground cities dating back to the 1st millennium BC were discovered in the mountains. Scientists are still arguing what made the ancient inhabitants of the region build their cities there.

The cave settlements of Cappadocia and the Goreme National Park are included in the UNESCO World Heritage List.

Interesting fact: According to linguists, the name of the Cappadocia region comes from the cult of the goddess Kuta-Khepat, who The locals worshiped in the 2nd century BC.


Once in the capital of the country, Istanbul, in addition to the bright and noisy bazaars, it is worth visiting the Hagia Sophia Mosque - a thousand years ago it was the main Orthodox church of Byzantium and was called Hagia Sophia. A unique Byzantine mosaic has been preserved here in the galleries-choirs.

Officially, only eight holidays are celebrated in Turkey. Among them, January 1 is the New Year, April 23 is the Day of National Independence and Children of Turkey, August 30 is Victory Day (the defeat of foreign interventionists at Dumlupinar in 1922), as well as the Ramadan Breaking the Fast and the Eid al-Adha Sacrifice.