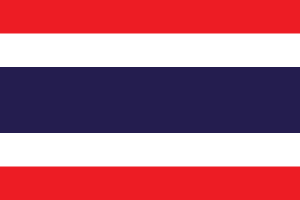 The flag of Thailand was established on September 28, 1917. The Thai name for the flag is ธงไตรรงค์ (Thong Trairong), which simply means a tricolor flag (tricolor).
The flag of Thailand consists of five horizontal stripes of the following colors (from top to bottom): red, white, blue, white and red. The middle blue stripe is twice as wide as the rest. Three colors: red-white-blue symbolize the people-religion-king, the unofficial motto of Thailand. 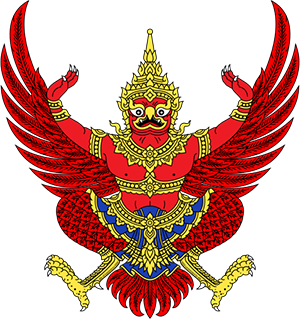 Applying for a visa to Thailand

Citizens of Russia whose purpose of travel to Thailand is tourism and whose stay in the country does not exceed 30 days do not need a visa.

How to get to Thailand from Russia on your own

Thailand can be reached by flights of such airlines as Aeroflot, & nbsp; Thai Airways &  S7.
News
ПУБЛИКАЦИИ

Land of smiles and eternal summer

Until 1948, this kingdom was called Siam. Located in the southwest of the Indochina peninsula and in the north of the Malacca peninsula, the country borders Cambodia, Laos, Myanmar and Malaysia.

ocean). In the Gulf of Thailand, there are the large islands of Chang, Kut, Koh Samui, Koh Phangan and several smaller ones belonging to Thailand. In the Andaman Sea there are the islands of Surin, Similan, Phuket and a number of others.

Interesting fact: Not far from Phuket is a small limestone island of Koh Tapu, which became known throughout the world as James Bond Island. Here, in the early 70s of the XX century, one of the most beautiful scenes of the film "The Man with the Golden Gun" was filmed. Another nearby island, Koh Phi Phi Ley, was made famous by the 2000 movie The Beach, starring Leonardo DiCaprio.


More than half of the country is covered by low-lying plains surrounded by low mountain ranges. The highest here is the granite batholith mountain Doyintanon (2559 meters).

Thailand is located in several climatic zones at once: tropical, subequatorial and equatorial. Thanks to this, rural workers “fall” two or three harvests a year, and the country gives tourists a feeling of eternal summer, because the “high season” here “flows” from one climatic zone to another.

Flora and fauna of the country very varied. Almost 70% of the territory is covered with tropical jungle, where you can see giant yang trees, takyanas that do not rot, as well as bamboo, teak, mangrove trees and coconut palms.

The main animal of the country is the elephant, and this is no coincidence. On the map, the territory of the kingdom resembles in its outlines (albeit very remotely) the head of this majestic animal.

Interesting fact: Thais especially revere white elephants. The locals are convinced that they have a kind soul. According to the laws of Thailand, a person who catches a white elephant is rewarded with a piece of land - exactly the same area on which the trumpet voice of this animal will be heard. And the elephants themselves are pampered and decorated with jewels, bright ribbons, bedspreads and bells.


The first inhabitants on the territory of the modern kingdom appeared about 5 thousand years ago. In 1096, the first state was founded here - the kingdom of Phayau. In the 14th century, Thailand established relations with Europeans, and this gave a powerful impetus to its development.

Interesting fact:< /span> Thanks to the competent policy of its rulers, Thailand has never been anyone's colony.


About 80% of the local population are Thais and Lao, about 10% are Chinese, the rest are Malays, Hmong, Khmers, as well as Vietnamese who fled here during the Vietnam War in the second half of the 20th century.

More than 90% of the country's inhabitants profess Buddhism, and support religion the state, and the monks have state benefits, including free travel on public transport. The Buddhist religion gets along well with local pagan beliefs, including house spirits.

Interesting fact: Thais are kind to the already deceased monarch - Rama IX. Any offensive remarks addressed to him, disrespectful attitude towards his images are punishable by up to 30 years in prison. Moreover, punishment is inevitable not only for Thais, but also for tourists.


Secondary education in Thailand is mandatory for all young residents of the kingdom. The country has both free public and paid private schools and universities. The education system in the country is designed to educate citizens not only of Thailand, but also of other countries.

The level of medicine in the kingdom is equally high in big cities and in the provinces. There are about 400 hospitals in Thailand that are ready to provide highly professional assistance. As a rule, all local doctors practice in clinics in the USA or Great Britain.

In addition to state and private medicine, folk medicine is also practiced here, the basis of which is traditional Thai massage. Among the locals, potions and tinctures are popular, for the preparation of which they use, for example, the insides of a snake or scolopendra, a shelled centipede insect.

Tourists should stock up on international-standard medical insurance, which will allow them to receive free medical care if necessary.

Since 1952, Thai athletes have been participating in the Summer Olympic Games. During this time they have won 21 Olympic medals, including 7 gold. As a rule, the kingdom's athletes are strong in boxing, taekwondo and weightlifting. The national sport is Thai boxing, which over the past decades has become popular not only in Asia, but in Europe and America.

The basis of all local dishes is rice. It is served with meat, fish and vegetables. There are many spices in traditional Thai cuisine. Local sour and spicy soups Tom Yam and Tom Kha are known all over the world and have already become a part of the culinary culture of the neighboring countries of Thailand.

National silk clothes, silver and gold jewelry with skillfully cut emeralds can be a good gift from the Kingdom of Thailand , sapphires or rubies. Unpretentious souvenirs here are very different - from a fridge magnet to an elegant figurine of an elephant. An excellent gift for men will be Thai rum Sang Som. True, you cannot export more than one liter of alcohol from the country.

Interesting fact: In the long list of goods that are banned from exporting from Thailand, there are also statuettes of Buddha above 13 centimeters.


All the main attractions of Thailand are connected with Buddhism . One of the largest shrines in the country is the Temple of the Emerald Buddha. It is part of the royal palace in Bangkok.

Another Buddhist sanctuary is the Marble Temple. In comparison with other local temples and monasteries, it is quite young - it is just over a hundred years old. The sanctuary is completely built of white Italian marble, and near the main building there are 50 Buddha statues - copies of those that are in different provinces of the kingdom.

Most tourists go to Thailand for its cozy beaches and warm sea. Expensive resorts are located on the islands of Phuket, Phi Phi Ley and Hua Hin (this is a favorite vacation spot for the royal family), and "budget" - on the islands of Pattaya, Koh Samui, Koh Lanta and many others. In addition to a beach holiday, here you can go diving or explore local attractions, getting new impressions and pleasure, looking at local cafes along the way.
In addition to traditional Buddhist holidays, which are calculated according to the Thai lunar calendar, secular holidays are also celebrated in Thailand, with fixed dates. Among them are the New Year - January 1, Songkran, or Thai New Year, which is celebrated from April 13 to 15. There is also May 5th - Coronation Day of the late King Rama IX and December 5th - Father's Day, also known as the Birthday of King Rama IX.