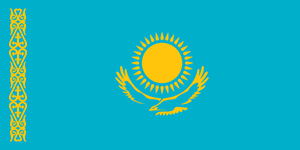 The blue cloth of the Kazakh flag serves as an emblem of loyalty and honesty. The sun marks wealth, and the rays in the form of grains - abundance and prosperity. The golden eagle adorning the flag of Kazakhstan means the strength and power of the state. 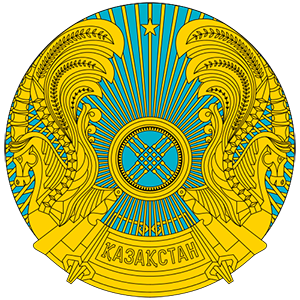 The shape of the coat of arms of Kazakhstan - a circle - traditionally symbolizes eternity and life among the Turkic peoples. Shanyrak (the upper vaulted part of the yurt) represents the country as a common home for all the peoples inhabiting it. Diverging rays are a sign of the reliability and well-being of the state.

Applying for a visa to Kazakhstan

Russians do not need a visa to travel to Kazakhstan. To cross the border, it is enough to have an ordinary Russian passport and a valid foreign one, if any. Without registration, you can stay in the republic for 30 days.

How to get to Kazakhstan from Russia on your own

The most convenient way to get from Russia is by plane, but you can also go by train.
News
ПУБЛИКАЦИИ

Kazakhstan is located in the northwest of Asia and in the southeast of Europe. The vast territory is occupied by steppes, deserts and semi-deserts, mountains and depressions. The elevation difference exceeds 7000 meters: the highest point, Khan-Tengri peak with a height of 6995 meters, is located in the southeast, and the lowest point, the Karakiya depression, is in the southwest. The country borders on Russia, China, Kyrgyzstan, Uzbekistan and Turkmenistan and is washed by the waters of the Caspian and Aral Seas.

Interesting fact: Longest continuous land line the border in the world stretches between Kazakhstan and Russia.


The climate in Kazakhstan is sharply continental. The contrasts are especially noticeable in spring: snowstorms can still rage in the north of the country, and trees are already blooming in the south. The coldest month is January, the hottest is July. Precipitation is extremely rare and unevenly distributed. Most of them are in the foothills. In the steppes, “dry rain” often occurs, when drops do not reach the ground, evaporating in hot air.

The best time to travel to Kazakhstan is spring. During the day, the temperature rises to 20 degrees Celsius, night frosts occur only in the north of the country. During this period, you can see how the wild tulip blooms - the symbol of Kazakhstan.

Full-flowing rivers, crystal clear lakes and dazzling snowy peaks captivate travelers. Alpine meadows are located in the region of the northern Tien Shan. Argali, marals, bears, snow leopards and lynxes live in the taiga forests. In the steppes with hundreds of lakes, pink flamingos and sharp-nosed chamga are found, and snakes and the largest lizards in the world, monitor lizards, live in the deserts. To preserve rare animals and plants, several reserves have been created, the oldest of which, Aksu-Dzhabagly, covers four landscape belts.

Interesting fact: It was recorded in Kazakhstan the world's first case of "speech" of an elephant. The talking elephant Batyr proved that these animals are capable of reproducing the sounds of the environment.


In the first centuries of our era, the Scytho-Sak civilization and the Hunnic state existed on the territory of Kazakhstan. Through the southern territories, caravans went along the Silk Road from China to Byzantium, and trading cities arose. In the XIII century, the country became part of the Golden Horde. In the 20th century, Kazakhstan became part of the USSR, and received full independence on December 16, 1991, after the collapse of the Soviet Union.

The Kazakhs managed to preserve the traditions and customs that are rooted in pagan antiquity. Many of them are related to marriage. In the bride's attire, the "saukele" remains a mandatory attribute - a traditional headdress made of expensive fabrics, decorated with fur and pearls. The groom's side always gives a dowry for the chosen one. Another tradition is “suiynshi”, when it is customary to give gifts for good news. And not so long ago, a dear guest could be presented with a horse or a valuable edged weapon.

In Kazakhstan today folk crafts, songs and versification are being revived. More than 50 Kazakh musical instruments are known, on which national songs are performed. One of the directions of oral poetry is "aitys" - the competition of akyns (this is how poets-improvisers are called in Asia). The theater plays performances based on folk epic stories, and artists turn to ancient culture and historical events.

Interesting fact: The chimney of the Ekibastuz GRES -2 is the highest in the world.


The state pays great attention to education. Children study at school for 11 years, nine of which are compulsory for all. In addition to ordinary schools, there are educational institutions for gifted children. Upon graduation, students undergo special testing for admission to universities, and the most capable applicants can apply for a Bolashak scholarship to study abroad. The main higher educational institution of Kazakhstan is the Eurasian National University.

A special association was created in Kazakhstan to revive and popularize national sports - horse racing, hunting with birds of prey and wrestling zhekpe-zhek. Of the traditional sports, boxing, hockey and football are the most popular. The national team of the country took part in six summer and six winter Olympic Games and won a total of 76 medals.

Kazakhstan has made a huge contribution to world civilization. It was here that the most ancient centers of metallurgy were born and the runic alphabet was invented. The Huns who lived in these lands brought their culture and religion to the European tribes. The most famous figures were the poet-improviser Zhambyl Zhabaev and the first artist of Kazakhstan Chokan Valikhanov. Shukhrat Mitalipov, a well-known scientist of Kazakh origin, was the first in history to clone primates, and opera diva Maria Mudryak is one of the ten best sopranos in the world.

In the past few years, tourism has begun to actively develop in the republic. Excursion routes are being developed, modern hotels are being built. Most travelers are attracted by ecotourism. The Big Almaty Lake impresses with crystal clear turquoise water, and the Kokshetau mountains - with cave complexes. In every part of Kazakhstan there are interesting architectural monuments preserved from ancient times. Near some of them are recreation centers.

Theaters, museums, zoos, as well as excursions and festivals will not let tourists get bored. All year round, the Medeo skating rink operates in the mountains, which is called the best in the world because of its location and ice from mountain water. And if you want to ride the rides, you can go to the Fantasy World park in Astana.

The main resorts of the country are located near the coast of the Caspian Sea and near the rivers. A sanatorium of the same name was erected in the Burbai National Park, which the locals call "Kazakh Switzerland". The favorite resort of Kazakhs is Kapchagay. People come to this lake to sunbathe, go water skiing, motor boat or yacht.

Many resorts were created as health resorts. Not far from Alma-Ata is the most famous balneological mountain resort - Alma-Arasan. In springs with slightly mineralized waters and in hot tubs with hydrogen sulfide water with radon, diseases of the respiratory organs and the nervous system are treated. Other boarding houses specialize in the prevention and treatment of ailments of the musculoskeletal system, gastrointestinal tract and skin. Practically in all health resorts, koumiss therapy is practiced - an ancient method of treatment with fermented milk drink made from mare's milk.

The main places for shopping are concentrated in Astana and Alma-Ata. The art of felting is well developed in the country; here you can buy felt hats, camel figurines or coasters for hot dishes. In addition, Kazakhstan is known for genuine leather products and hand-painted ceramic dishes. And lovers of jewelry may be interested in large bracelets made of silver - blezik - with gilding and inlay.

Kazakh cuisine began to take shape in the late XIX - early XX centuries. The most famous dishes are baursaks (pieces of dough fried in boiling oil) and beshbarmak (chopped boiled meat with noodles). Dishes from lamb and lamb liver are widespread. Kazakh pilaf, which is prepared according to special family recipes, and kuyrdak, a roast made from lamb kidneys, heart and lungs, have gained worldwide popularity. And the most common of the desserts is chak-chak, an oriental sweet made from dough with honey.


The country likes to celebrate national holidays. One of the most ancient is the holiday of spring and renewal of nature “Nauryz meiramy”. On this day, festive yurts are set up on the streets, they are treated to traditional delicacies, and people around them play national games and sing. Among the brightest and most popular is the Unity of Nations Festival, when residents dress in bright national costumes, processions take place in cities, and celebrations end with fireworks.