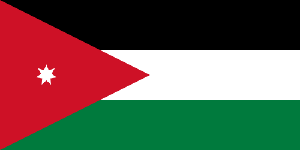 The red triangle on the national flag of Jordan symbolizes the power of the ruling Hashemite dynasty, the courage and resistance of the Ottoman Empire, and the seven-pointed star in it is the first sura of the Koran. The stripes on the flag represent the Fatimid, Umayyad and Abbasid caliphates. 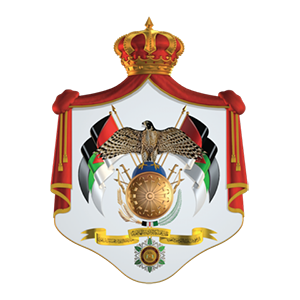 The eagle on the coat of arms of Jordan is a symbol of power, strength, and sublimity. Behind his wings are the crossed flags of the Arab Revolt. The gold ribbon at the bottom is inscribed in Arabic: "Abdullah II ibn Al Hussein Bin Aun, King of the Hashemite Kingdom of Jordan, Seeking support and guidance from God." This king has ruled the country since 1999. The coat of arms is crowned with a royal crown, and this is evidence of the monarchical system in Jordan. The spearhead on the crown signifies the Hashemite banner, while the mantle on the coat of arms signifies the throne. Its white silk symbolizes self-sacrifice and purity.

Applying for a visa to Jordan

You can get permission to stay in the country for 30 days right at the airport upon arrival (the cost is 40 Jordanian dinars (about $ 57).

How to get to Jordan from Russia on your own

small Arab country located in the Middle East. The desert rocky plateau, which occupies most of its territory, rises 700-1000 meters above sea level, it is cut by gorges and rivers. The southern part of Jordan is occupied by the Syrian Desert, wooded uplands are located in the north, and flat basalt deserts are in the east. The state borders on Israel, Saudi Arabia, Syria and Iraq. In recent centuries, strong earthquakes have not been observed in the country, but in general this is a zone of increased seismic activity.
A short section of Jordan's border runs along the Red Sea, and there are year-round resorts - the water temperature does not drop below 24 degrees.

The desert expanses of Jordan grow drought-resistant xerophytes, low-growing perennial grasses and shrubs. Most of the grasses here break through only during the rainy season. In the north-west of the country, the soils are more fertile - oak, pine, olive and eucalyptus grow here. And in the oases, places where groundwater comes out, beautiful gardens with date palms grow green.
The fauna of Jordan is quite modest and is represented mainly by small predators and reptiles. There are foxes, wolves and striped hyenas in the deserts, and wild boars, gazelles and mongooses in the forests. The Gulf of Aqaba in the Red Sea has the world's northernmost coral reefs and is home to over a thousand species of fish and other marine life. During boat trips, tourists can meet whale sharks and flocks of dolphins.

The territory of modern Jordan has been inhabited since 9000 BC. These lands were part of the great states - the kingdom of Israel, the Roman and Ottoman empires. Wars here took place mainly on religious grounds, since the lands of Palestine, of which Jordan was a part until the beginning of the 20th century, were considered sacred by several religions at once. In 1953, King Hussein became head of state, and after several military conflicts, the country finally signed a peace agreement with its neighbors. The era of economic and tourist flourishing of the kingdom began.

The amazing history of Jordan is full of biblical stories, the country fascinates with its ancient architecture and traditions, which were influenced by Muslim culture. As in many eastern countries, they eat and greet here only with their right hand, and talking with an interlocutor in any language other than Arabic is considered bad form. Apparently, because of the hot climate, the Jordanians are very slow. The population has a measured way of life, all things are done slowly, it is not customary to rush, and rushing someone is a manifestation of disrespect. When communicating with local residents, do not refuse an invitation to visit, but when you come to the house, make a lot of compliments and never refuse coffee - according to Bedouin traditions, refusing to drink coffee with the owner is interpreted almost as a spit in the face.

Among the original areas of applied art in Jordan, embroidery stands out. Complex patterns adorn traditional costumes and surprise with their originality. The richness of colors and variety of styles distinguish these garments from all other types of oriental clothing worn in neighboring countries. There is practically no theatrical art in the kingdom, but literature, which is inherent in sentimentalism, is actively developing. Through all art, the memory of the struggle for freedom runs like a red thread, which is especially reflected in the works of artists and musicians. But the greatest asset of the state is the architectural monuments that have been preserved since the 1st century BC and delight to this day.

Despite the low standard of living, 80% of citizens go to universities after graduating from high school. The education system is divided into several levels - free basic and secondary, then - higher. At the end of the first two levels, young people pass exams and gain access to higher education. There are 26 universities and 54 colleges in Jordan. The most prestigious institution of higher education in the country - Jordan State University - is located in the capital, Amman.

Sports are cultivated in the country. Football and basketball are the most popular. In 2016, Jordanian taekwondo athlete Ahmad Abugaush won gold for his country at the Olympic Games in Rio de Janeiro. The popularization and development of sports in Jordan is facilitated by the holding here of major international competitions, such as the Fencing World Cup and the Asian Athletics Championship.

Literature, especially lyric poetry, is well developed in Jordan. The most famous poets of the country are Mustafa al-Tell, Mustafa al-Kailani, Mohammed al-Jundi. Also known are the collector of Bedouin folklore Rux Uzaizi and modern prose writers - Asma Tubi, Amin Malkhas, Isa Nauri, Arif al-Arif. Kings Abdullah I and Hussein II made their contribution to the literature of the country. They wrote autobiographical books and memoirs.

The history of Jordan is full of legends. According to legend, Saint Mary of Egypt (V-VI centuries) lived on these lands, whom the Christians of the world revere as the patroness of penitent women.

Archaeologists around the world highly value the country's historical heritage, which is being preserved by the Royal Society of Science, founded in 1970.
Jordan has a unique ancient city in the rocks - Petra. It was the capital of the Nabataean kingdom, which arose before our era. Caravans with spices passed through Petra, finding here rest, water and coolness. Now half a million tourists come to Jordan every year to see Petra.

Historical sights and recreation on the coast of the Dead and Red Seas attract travelers from all over the world to Jordan. The country has a well-developed tourism sector, and everyone will find a vacation to their liking. You can go diving or snorkeling on the Red Sea coast, jeep safaris are offered in the endless expanses of the Wadi Rum desert, and history buffs are invited on excursions to ancient monuments.

People come to the Dead Sea coast to restore strength and health. Tourists are attracted by clean air, healing properties of mud and salts of the Dead Sea and excellent service. All hotels have spa-centers where they treat joints, diseases of the ear, throat, nose, spine diseases, skin and even oncological diseases.

Interesting fact: The air in Jordan is 8% more oxygenated than in any other country.


Everything about Jordan is amazing, and shopping is no exception. In ancient Petra, for example, you can buy bottles in which, using multi-colored sand, the authors create unique drawings. In the city of Aqaba, located on the shores of the bay of the same name, go for a variety of purchases. There is a duty-free zone here, and old coins, gold and olive wood products are sold on the streets of the Central Market. Local artisans offer Madab carpets, amazing embroidery, mother-of-pearl and copper products. Bargaining is appropriate, and with a properly constructed dialogue, the price can be halved.

In open cafes you can relax, refresh yourself and enjoy. Local dishes have much in common with the culinary traditions of neighboring countries, but they also have specific features. One of them is the absence of excessive sharpness and spice. Mint, herbs, pickled olives, pine nuts and lemons are added to dishes. The most delicious are mansaf (lamb with rice), lentil soup adas and makluba made from meat, rice and vegetables (a type of pilaf). Jordanians eat a lot of meat, the only exception is pork, which is forbidden by Islam. As for drinks, they prefer wasat, which is coffee made from lightly roasted beans with the addition of cardamom.

In addition to delicious food, interesting sights and good shopping, there are other entertainments in Jordan. On the shores of the Dead Sea is the family water park Al Wadi, and in the city of Aqaba - a five-star diving center, equipped with the latest technology. In the ancient city of Jerash, the hippodrome hosts costumed performances of "Roman military art and chariot races" that immerse viewers in the era of Ancient Rome.

The most colorful festival in the country takes place in July. It is called the "Global Village" and is accompanied by colorful performances, dizzying rides and the work of the Food Yard, where everyone can taste national cuisine. In July-August, Amman hosts the Souk-Ukaz music festival, which attracts musicians and dancers from all over the country. Catholic Christmas is celebrated with special reverence - houses are decorated with lights, garlands and tinsel.
A country of mysteries and lost cities, biblical stories and great rulers. All this is Jordan, which should be visited at least once.