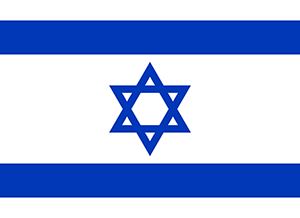 The flag of Israel has its own symbolism: a white canvas and a Star of David. The white cloth with blue stripes symbolizes the Jewish prayer shawl (tales); The Star of David is considered a very ancient symbol that has many meanings. According to one of them, she personifies protection from magic and devilish sorcery. The modern flag was officially approved as the state flag on October 28, 1948. The final version of the flag was selected from more than 170 projects. 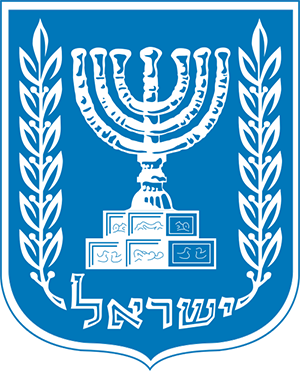 The coat of arms of the state of Israel is a heraldic shield with a menorah (seven candlestick) depicted on it, which stood in the Jerusalem temple. The menorah is framed with olive branches symbolizing peace; under the base of the menorah there is an inscription in Hebrew. ישראל‎ - "Israel". Olive branches and menorah can be depicted in two versions: gold and white. Gold can be found most often in Israeli passports, while white mostly appears on the presidential flag.

Applying for a visa to Israel

Russians do not need a visa to travel to Israel - it is enough to present a foreign passport. The maximum stay in the republic is 90 days within six months. At the border, they will carefully check whether there is a return ticket, medical insurance, confirmation of the nature and purpose of the trip, and whether there are stamps in the passport for trips to some “undesirable” Muslim countries, for example, to the UAE).

How to get to Israel from Russia on your own

Regular flights fly from Moscow and St. Petersburg, as well as according to a special schedule from other Russian cities. Israel's largest airport is called Ben Gurion and is located in Tel Aviv.
News
ПУБЛИКАЦИИ

Fertile lands bordering on hot deserts, blooming gardens and lifeless rocks - such is Israel. The unique geographical location - at the junction of three continents - provided the state with a variety of natural zones. From north to south, the territory is divided by a mountain range, at the highest point of which is the capital - Jerusalem. Oddly enough, to this day, Israel, with an area of 20,770 km2, does not have precise land borders - with Lebanon and Syria, they are determined only by the ceasefire line, the so-called "blue line".

More than half of the country's territory is occupied by the Negev desert, and the largest reservoirs are located near the borders - the Red Sea in the south, the Mediterranean in the west, the Dead Sea and Lake Tiberias - in the east borders. The biblical Jordan River flows in Israel - one of the most famous rivers in the world. The highest point in the country is Mount Meron, which offers a beautiful view of the city of Safed.

Israel has a subtropical climate. In summer, the temperature can rise to +45 degrees and there is practically no precipitation. In winter, the rainy season begins, and the temperature does not exceed 20 degrees Celsius.

Due to the difficult terrain in some parts of the country, weather conditions sharply deviate from the average climatic norm.

Despite the predominantly sandy soil surface, they are quite fertile. Over 2,600 species of plants grow here, 160 reserves and sanctuaries have been created, thanks to great work on desert lands, oases have been preserved or recreated.

Bahai Gardens in the city of Haifa are considered the eighth wonder of the world. Dozens of plants are collected on their terraces, designed to remind people of the beauty of wildlife.

The Jewish people settled in Israel in the 13th century BC, and two centuries later the Kingdom of Israel was formed, which broke up into Israel and Judah in 928 BC. In the following thousands of years, these territories were torn apart by wars.

The most important event for world history, for the spiritual culture of mankind, took place on the Promised Land - Jesus was born, lived, preached, was crucified and, as the Bible says, resurrected here Christ. He lived in the 1st century AD, the centuries and years of which are counted from his birth. Christians often say this - "from the Nativity of Christ."

An interesting fact: Israel leads the chronology from the creation of the world, according to which the year 5778 began in the fall of 2017. Many print publications in Israel put two dates.

The Israeli people did not have their own territory for a long time, but managed to keep unique traditions and culture. Many holidays here are religious in nature. For example, on Friday evening, public transport does not run on the territory of the state and all shops are closed - Shabbat is coming. Until Saturday evening, all Jews do not work and read the Torah. It is noteworthy that even pressing the buttons in the elevator is considered work.

Sports are an important part of Israeli social life. Here is the Wingate Institute, which trains athletes and coaches, judges and teachers, as well as doctors. In the field of sports medicine, the institute is considered one of the world leaders.

In the field of education, Israelis use their own unique system. Almost from the first months of life, the child enters the garden, which is explained by the short maternity leave for mothers. From the age of 5-6, children go to special groups where they are taught to read and write, after which 12 years of schooling begin. It is obligatory to master the program from 6 to 16 years old, after which the child himself decides whether to continue his education or not.

Israel is one of the most popular countries for tourism. Many people come here to visit holy places. In Jerusalem, there is the main shrine of all Christians, the center of pilgrimage - the Church of the Holy Sepulcher, or the Church of the Resurrection of Christ.

The country attracts not only with its originality, but also with the opportunity to have a good rest and improve your health. The most popular resorts are located on the coast of the Mediterranean, Red, Dead Seas, on Lake Tiberias, also known as Lake Kinneret and, according to biblical texts, the Sea of Galilee.

For entertainment, it is best to go to one of the major cities of Israel. Underwater observatories, amusement parks, zoos and exciting excursions are very conducive to a carefree pastime.

On the streets of the old city in Jerusalem is a huge oriental bazaar - you can find everything here. Divided into national quarters, this market has nothing to offer - Armenian glass, Arabic spices, national Jewish clothes ...

Going to Tel Aviv, it is worth visiting the city - the port of Old Jaffa - original, with many shops, art salons and museums; Museum of Fine Arts and Archaeological Eretz Israel with exhibitions of glass, ceramics, crafts and philately. At the artisans' bazaar, craftsmen gather twice a week with their interesting gizmos, very different and unusual.

Israel's culinary tradition is a mixture of oriental with a bit of European. The most popular dish is falafel - breaded balls of peas and beans, with spices. They have become a local fast food that is very popular. A gourmet paradise is the resort of Herzliya, in whose restaurants culinary masterpieces are created. Among the meat dishes, the most popular is the Jerusalem roast, which is prepared from four types of chicken meat.