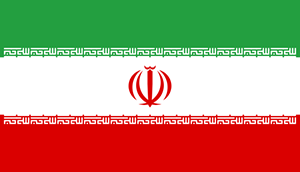 The flag of Iran reflects the changes that Iran has gone through since the beginning of the Islamic Revolution and consists of three equal horizontal stripes: green, white and red. Green symbolizes fertility, order and joy, white - peace, red - courage and blood shed in the war. 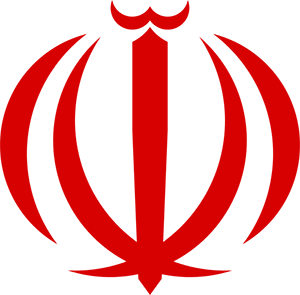 The state emblem of Iran is a heraldic sign consisting of the inscription "Allah" stylized as a tulip in Arabic-Persian letters, composed of an image of a sword and four crescents.

Applying for a visa to Iran

An Iranian visa is issued at the Tehran airport upon arrival or at the consulate in Moscow. From the documents you need only a passport and pre-registered insurance.

How to get to Iran from Russia on your own

From Moscow and Kazan you can fly to Tehran with AZAL flights with a connection in Baku. There are direct Aeroflot flights from Moscow to Tehran from 13,000 rubles there and back.

The eastern country, washed by the Caspian Sea and the Persian and Oman Gulfs, is located at the junction of the Near and Middle East. In terms of area, Iran ranks 17th in the world. The country has land borders with Azerbaijan, Armenia, Afghanistan, Iraq, Pakistan, Turkmenistan and Turkey.

Most of the state lies on the Iranian plateau. Here is the highest point of the country, Mount Kukhran with a height of 2260 meters. Coastal lowlands stretch along the coasts of the seas and bays. The most fertile Iranian lands stretch between Elbrus and the Caspian Sea.

The climate on the coast is tropical, in the central part of the country - subtropical. In mountainous areas, it is almost always cold. In Iran, the “wind of 120 days” blows, penetrates from the coasts inland, reaching hurricane speed. The most humid territories are the Northern Zagros, Elbrus and the coast of the Caspian Sea, where 650–1650 mm of precipitation falls annually. In other areas there are periods when there is no rain for 5-7 months. The hot season begins in February and lasts until the very end of autumn, the air temperature can reach 50 degrees.

On the lands adjacent to Elbrus, broad-leaved forests are common, there are oak, maple, hornbeam, iron tree. On the coast of the Caspian Sea - subtropical forests with thickets of lianas. Closer to the south, pistachios, almonds and cherry plums are grown. Near the Iranian plateau, where there is practically no greenery, cereal crops, saxaul and camel thorn grow.

The animal world is represented by hundreds of species of mammals. There are many ungulates here, among which the Iranian fallow deer, goitered gazelle, gazelle, mountain sheep urial stand out. Closer to the highlands, you can see a cheetah, leopard, hyena, jackal and even a bear.

The Caspian Sea and freshwater lakes are rich in valuable species of commercial fish.


Interesting fact: The vast desert of Iran remains the only place on earth where the Asiatic cheetah lives.


The states on the territory of modern Iran began to form before our era. The first mention of the Persians (the so-called Iranians) refers to 844 BC. Scientists divide the formation of the Iranian state into two periods - pre-Muslim and Muslim. In the first centuries of our era, the Persian kingdom extended to the East up to the borders with China. From the 10th to the 12th centuries, during the reign of the Seljukids, Islam actively spread and palaces and mosques were built everywhere. At the beginning of the 20th century, Persia changed its name to Iran. In 1979, a revolution took place in the country, the Islamic Republic of Iran emerged.

Interesting fact: Iran is one of the few countries in the world where state power is in the hands of the clergy.


The traditions of Iran were formed under the influence of Islam. The state promotes a righteous way of life. Women and men are forbidden to touch each other when talking, they travel separately in public transport. Mosques have different entrances, and partitions are installed inside so that people of different sexes do not see each other.

Discotheques, alcohol and drugs are prohibited in the country. For the use of illegal substances, the death penalty threatens.


Persian art is one of the oldest in the world. Here, as nowhere else, calligraphy is valued and monumental art is developed, which since ancient times has been embodied in the works of architects. Each letter and each drawing painted on the walls of buildings has a sacred meaning. For emotional expressiveness, ornaments and wall paintings are called "music for the eyes." Iran is the birthplace of the unique minai technique, which is used for painting on porcelain. Many masterpieces of Persian literature have survived to this day, one of them is the poem "Shahnameh".

Iran has had a great influence on the development of world culture. Scientists and thinkers presented their works to the world treasury: the philosopher Avicenna, the theologian Muhammad ibn Jarir al-Tabari, the poet Ferdowsi, the philosopher and poet Omar Khayyam and many others.

Iran is one of the most literate countries of the East. Enlightenment and science are given great attention here. The education system is divided into several levels: children study for five years in elementary school, three years in middle school and three years in high school. After that, they prepare for the university for another year. At the end of each stage, students take internal exams, and for admission to one of the 80 universities in the country - the state. Until recently, education was free, but now, along with budgetary institutions, there are also commercial ones.

The original culture and abundance of architectural monuments make Iran one of the most interesting travel destinations. Tourism is developed in the country, many excursion programs have been developed. In most cities, infrastructure for recreation has been created. Every year new hotels and restaurants are built, resort areas are improved.

Several developing tourist cities are located in the province of Mazandaran. Local hotels and resorts allow you to enjoy the warm sea and good weather. In the mountains there are ski resorts Dizin and Toshal - both attract lovers of extreme downhill skiing. The skiing season lasts from November to April.

The main attractions for travelers in Iran are visiting museums and national parks. In Tehran, you should definitely take a walk at the Azadi monument and take a ride on the cable car that leads to the resort of Tochal. The entire city is visible from above. For the most delicious sweets, you should go to the city of Yazd, and to visit the legendary blue mosque - in Tabriz. hunting and free of charge.

Thanks to the reforms in the healthcare system, Iran has become attractive for medical tourism as well. More often people come here to see surgeons, including plastic surgeons, cardiologists, and they are interested in reproductive medicine. All hospitals have highly qualified doctors, and procedures are much cheaper than in neighboring countries. However, you need to plan your visit in advance - as a rule, clinics are overcrowded.

Interesting fact: Iran is the world capital of plastic surgeries to change the shape of the nose.


Every year on October 17, the country celebrates Sports Day. Tehran is the first city in the Middle East to host the Asian Games. The country's Olympic team wins medals in every competition. Basketball, football, polo and wrestling are popular in Iran. It is believed that polo originated here, but was available only to the rich. Today, any resident of the country can learn this game.

In terms of the richness of the choice of souvenirs, Iran can only be compared with China. Plates, crockery, Persian carpets, jewelry with precious stones, leather goods, works of local craftsmen - there is nothing here. For fragrant spices, it is better to go to Mashhad. There you can find not only real saffron, but also delicious sweets. Almost all sellers speak Russian, so shopping in Iran is very convenient.

Although Iranian cuisine is based on the Middle Eastern tradition, it is distinguished by a special, creative approach to cooking. Many dishes are characterized by small cuts of meat, which in most cases are not served separately, but are part of complex dishes. The most popular dish of any Iranian feast is tahdig, crispy fried rice with spices. It is cooked at the bottom of the pot to form a golden crust. It is also worth trying "gorme sabzi" - lamb seasoned with herbs and mixed with beans. Of the sweets, “bastani” is distinguished by a special delicate taste - ice cream with saffron and pistachio pieces.

Most of the holidays in Iran are Muslim, each has its own traditions. For example, during Chaharshambe Suri, which marks the arrival of spring, people jump over the fire as a sign of cleansing from adversity and troubles. It does not do without fortune-telling: predictions are written on the leaves, put into a jug, and then taken out in turn. Nowruz and Persian Gulf Day are celebrated with no less enthusiasm. The celebrations are accompanied by mass events and fireworks.