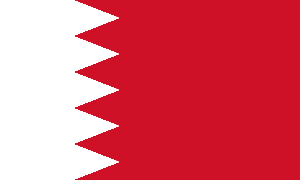 The five white triangles on the flag represent the five pillars of Islam - shahada, prayer, uraza, zakat and hajj, and the red color is the symbol of the Kharijites (Islamic group). 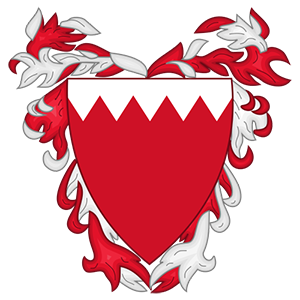 The coat of arms of Bahrain repeats the design of the national flag.

visa is required to visit the country. It can be issued in three ways: at the airport upon arrival, at the embassy or on the website of the Ministry of the Interior of Bahrain. There are no special requirements for obtaining a visa.

How to get to Bahrain from Russia on your own

The most convenient option is air travel. Manama Airport can also be reached with transfers - in Abu Dhabi, Dubai, Istanbul and other cities. Direct flights from Moscow are operated by the Bahraini airline GulfAir.
News
ПУБЛИКАЦИИ

Bahrain is located on the archipelago of the same name in the Persian Gulf in Southwest Asia. It occupies 33 islands and is the smallest Arab state. The largest and most diverse island in terms of landscape is called Bahrain. On it there are small mountains, 100-130 meters high, and on the rest, almost all, there is a flat relief. Sand dunes predominate on the northwestern coast, bare steppes and swamps on the western coast, and a rocky ridge in the northeast.

There is not a single river on the territory of the state, and most of the islands are covered with sand. In the coastal and central zones of the large islands, the springs of underground fresh waters are beating - the most valuable natural resource of Bahrain, necessary for farming. under 40°C. In winter, it rains a couple of times a month in Bahrain, and the annual rainfall does not exceed 90 millimeters. Despite the low rainfall, the atmosphere is humid.

Due to the high temperatures and lack of natural water bodies, nature in Bahrain is not very diverse. These are mainly deserts, which are becoming more and more due to the degradation of cultivated lands. In places where groundwater occurs, there are oases where grapes, dates and pistachios grow. There are few fertile lands, they huddle in the north, they grow bananas, citrus fruits, mangoes, pomegranates, tomatoes and cucumbers. Vegetation is not rich, mainly camel thorn, astragalus and tamarisk.

Several species of reptiles, rodents and birds live on the islands. But coastal waters abound with a huge number of fish. Lobsters, turtles and pearl mollusks are found near coral reefs.

Settlement of the sandy plains of the state began from the 3rd millennium BC. Located at the crossroads of trade routes, the kingdom was widely known both in the East and in the West. Then followed years of economic decline - Bahrain was conquered by powerful powers. In the 9th century AD, a new flourishing began - trade with India revived, and pearl mining brought fame and wealth to the country. From 1487, Bahrain was ruled by the Omani tribes, then by the Portuguese, Arabs, and in 1861, the country's government voluntarily transferred control of foreign affairs to the British in exchange for security. The islands gained independence on August 15, 1971.

Interesting fact: In memory of England, in addition to the language, taxi cabs have been preserved here.


The centuries-old traditions of Bahrain are strongly influenced by Muslim culture, but, unlike neighboring countries, religious rules are not so strict here. Women wear less formal clothing, and alcohol is freely sold in shops. True, it is not accepted to use it openly. Bahrainis are very fond of coffee, and not a single reception is complete without this drink. The ceremony consists of three parts: preparation, "relaxation", during which the guests exchange news, and the actual tasting. A special place is occupied by family and wedding traditions. Wedding celebrations are held separately for men and women.

After gaining independence, visual arts, music and literature flourished in Bahrain. One of the most popular are the songs of pearl divers - this is a special genre. The style of these songs has gained its uniqueness under the influence of Persian and Indian cultures, it does not change and is passed down from generation to generation. Literature and art are moving away from Arab traditions, they are increasingly traced to Western features. In 1983, the Bahrain Arts Society was founded, which regularly organizes exhibitions and courses where everyone can learn Arabic calligraphy.

Education in Bahrain is divided into several stages. Primary school is compulsory, followed by secondary school, after which you can go to college. British and American schools operate on the territory of the state, the program in them is the same, and the training lasts 12 years. The first private university appeared in Manama, and a little later a college was built in the Saar. According to Islamic traditions, a woman should be a housewife, her education is not welcome. However, in order to observe traditions, but still keep pace with progress, a private Royal University for women was built in Bahrain. Formula 1". The first supercar competition took place on April 4, 2004. Since then, the country has hosted the World Cup stages 11 times. The country promotes a healthy lifestyle, in particular the game of football. Bahrain is represented at every Summer Olympic Games, in 2016 its athlete Ruth Jebet won the gold medal. The country does not participate in the Winter Olympics.

The country is gaining popularity among tourists. Snow-white beaches, modern hotels and warm weather offer holidays all year round. The capital and resort areas are developing rapidly. The world's first high-rise building with built-in wind turbines was built in Manama. Fans of water entertainment are offered to dive into the depths of the Persian Gulf for pearls, and those who are interested in the history of the country are offered to see historical sights. Many seek to see the Tree of Life, which has been growing in the middle of the desert for 400 years. The natural miracle is associated with legends, according to one of which the tree was left from the gardens of Eden.

Interesting fact: Bahrain has two UNESCO World Heritage Sites. This is the fortress of Kalat al-Bahrain and monuments in Muharraq.


The main resort areas are located in Manama and its environs. In the city center there is one of the most popular beaches - Corniche, where not only tourists, but also locals sunbathe. The beaches of the Sitra lagoon belong to hotels, and only their guests rest here. Armed guards are responsible for the safety of tourists.

People go to the Hawar archipelago for diving - there are good diving schools on the islands, where training is available to anyone.

Due to the high level of healthcare in Bahrain, medical tourism is developed . Manama clinics treat serious diseases and offer rare medicines. In 2007, the largest spa center in the country, The Diplomat Spa, was opened on the territory of one of the hotels. Medicine in Bahrain is famous not only for its high quality of services, but also for its low prices by European standards.

Since shopping has long been a part of tourism programs, it is worth noting that the best souvenirs await Bahrain's guests at the market in Manama's Bab al- Bahrain. Bright oriental outfits, scarves, spices and even Aladdin's lamps are in stock. The most beautiful jewelry is sold at the Gold Bazaar. Bargaining is appropriate in all stores and shops - sellers will reduce the price. For the local population, bargaining is a special art.

Every large shopping center has local restaurants. Traditional Bahraini cuisine uses fish, meat, dairy products, cheese, rice, and dates. Cooks do not spare spices, and rice and vegetables serve as the basis of dishes. Gourmets who have visited Bahrain are advised to try tikka - a shish kebab of marinated meat with spices. A date occupies a special place in the local diet - it is grown in local oases.

Despite Muslim prohibitions, the country will entertain any tourist. There are even nightclubs here, however, a woman will enter there only accompanied by a man. Thanks to the "light" morals, many residents of the United Arab Emirates come to Manama for the weekend. If the trip is family, they go to the dolphinarium on the territory of the Marina Garden park or walk by the lake on the island of Muharraq.

Colorful performances and celebrations are organized for every holiday in Bahrain. In addition to religious events, secular events are also held several times a year. These are, first of all, the Formula 1 and Desert Challenge races at the end of January and the Arab Jewelry Exhibition in the last days of November.