In the new season, viewers of the TV channel "Big Asia" expect a lot of premieres, among them a series of documentaries dedicated to Japan and Russian-Japanese relations. The documentaries "Japan has many faces" and "On the way to trust: Russians in Japan" were filmed with the support of the International Chodiev Foundation.

Olga Monakhova, Director of the Representative Office of the International Chodiev Foundation in Russia: “I am very grateful to your channel for showing our film about saving the kimono collection Ichiku Kubota for two seasons. This is a beautiful film, it can be watched and reviewed many times and always with great interest. We are currently negotiating with the channel to show two of our new films about Japan. We hope that your audience will appreciate them." 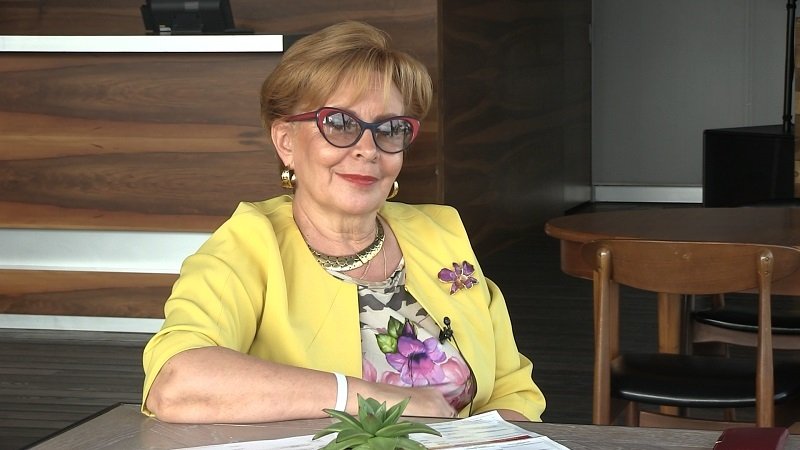 The film “Ichiku Kubota. Master's will". The next screenings will take place August 3 and 17.

Films “Japan has many faces” and “On the way to trust: Russians in Japan ” were created in the Cross Year of Russia and Japan with the support of the International Chodiev Foundation. The premiere of both films took place at the site of the Japanese culture festival J-FEST in Moscow, only in different years - in 2018 and 2019. Film screenings were held to a full house. 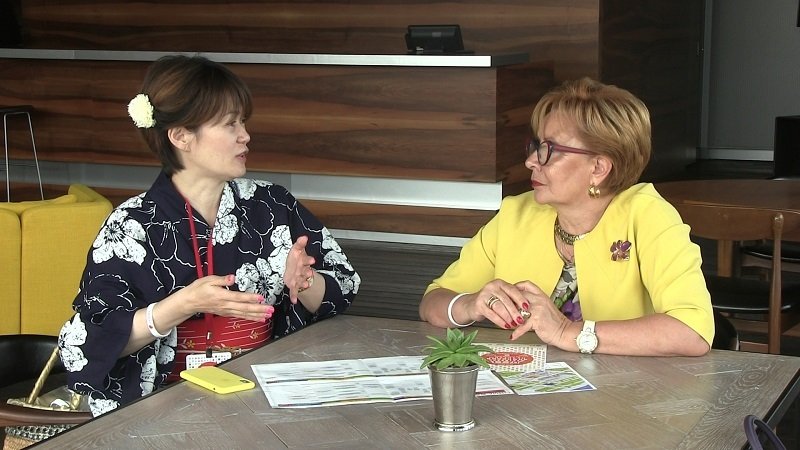 Olga Monakhova with J-Fest General Producer Yukiko Kase
< /i>
“Even in the aisles people were standing,” says Olga Monakhova. - This suggests that the interest of the Russian audience in Japan is really very big. But I am especially pleased that there were many young people. Japan is our closest neighbor, and we must educate our youth in the tradition of love and respect for our neighbors. In general, we held a lot of events within the framework of the Russia-Japan Cross Year, starting with the fact that we brought the Kabuki theater to Russia, and this event is unique, because the Kabuki theater very rarely goes on tour. For a whole week, the Kabuki Theater toured Moscow, then a week in St. Petersburg. Reviews  beautiful, the halls were full. Then we made two documentaries about Japan: "Japan of many faces" and  "Towards Trust: Russians in Japan". In addition, they held a festival of Japanese culture in Russia J-FEST, and on July 18 they opened & nbsp; festival of Russian culture in Japan.  All these events, I believe, will serve our common goal – bringing our peoples closer together.” 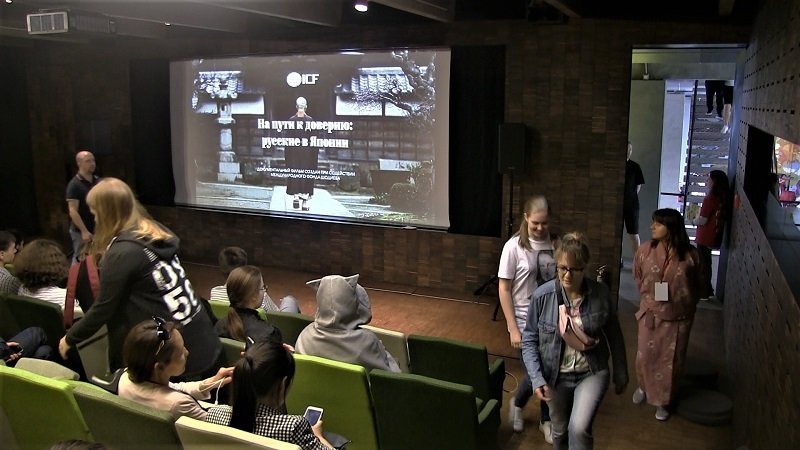 According to Olga Monakhova, the films that have become part of one cycle are intended for a wide range of viewers: “Our first film was devoted entirely to Japan. We talked about the history, culture of Japan, about religion, about modernity. And the film "Towards Trust: Russians in Japan" is dedicated exclusively to those famous Russians who contributed to the strengthening and improvement of relations between Russia and Japan. So far, no one has made a film on this topic. Viewers who watch this film will learn a lot about the history of our relationship and will be even more imbued with love for our neighbor - Japan.

The idea to create a series of films about Japan came up at a meeting of the Association of Japanologists of Russia. The organization is headed by Fattah Chodiev, the founder of the International Chodiev Foundation. 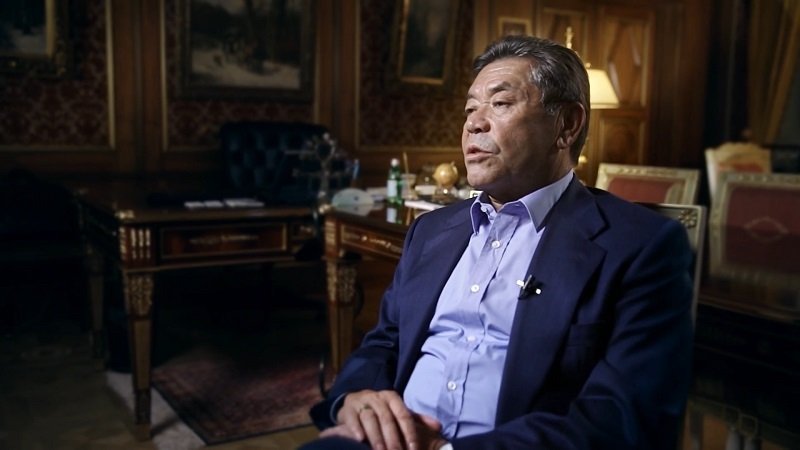 “In addition to being an entrepreneur, he is a well-known philanthropist and specialist in Japan . And therefore, everything related to our Russian-Japanese relations has always been a priority for him.  At one of the meetings of the Association of Japanese Studies in Russia, he spoke about the need to create a product that would give an idea of & nbsp; real Japan. And then, as part of this meeting, I suggested: & nbsp; let's shoot a row  films about Japan, which we will show on television, and this will indeed reach a very wide audience. He agreed. We turned to Panov - he is one of the best Japanese scholars in Russia. For a long time he worked in Japan as an ambassador. We asked him to help us make these films. And although he first became a screenwriter, & nbsp; he did it. He, like no one else, knows and understands & nbsp; Japan, so who else to turn to, if not Panov? Olga Monakhova believes. 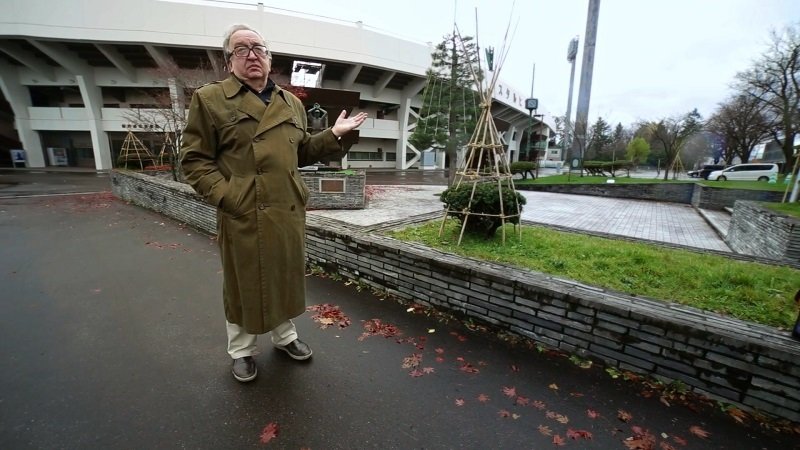 
As a result: the highly professional work was appreciated by ordinary viewers, and orientalists, and the Japanese themselves. “When we showed the first film at J-FEST last year, Ambassador Kozuki said that even he, the Japanese Ambassador to Russia, after watching this film, learned a lot from this film for himself. For us, it was a very high assessment,” shared Olga Monakhova.

The International Chodiev Foundation and today continues its important work aimed at strengthening friendly neighborly relations between our countries. 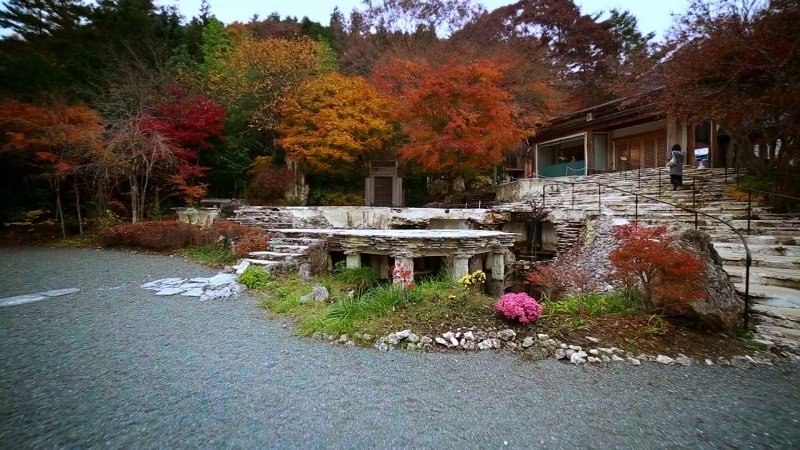 “Let it be a little secret, but we are planning another series of films that will be dedicated to the regions of Japan . We want to highlight various aspects of life in the provinces of Japan. Maybe we will succeed,” shared Olga Monakhova. 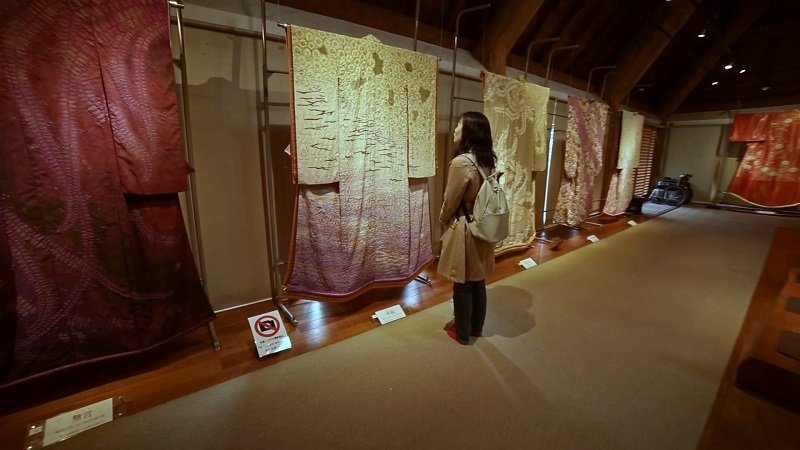 Documentary film premiere “Japan with Many Faces” and “Towards Trust: Russians in Japan” will take place on “Greater Asia” TV channel in the new season. Follow the news on our website. 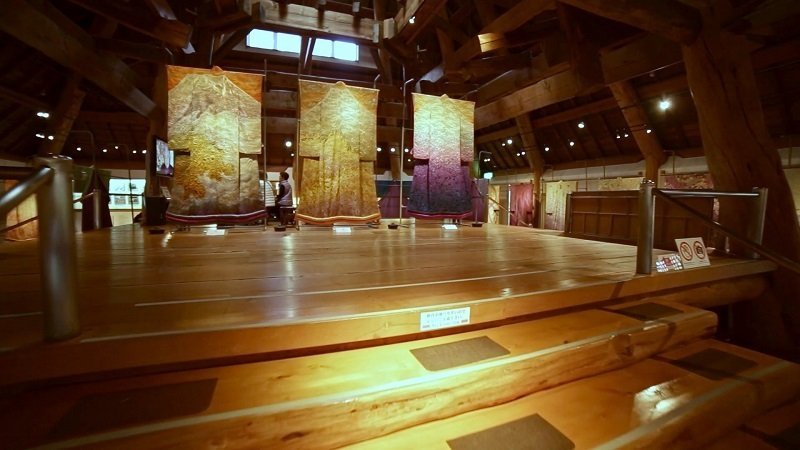 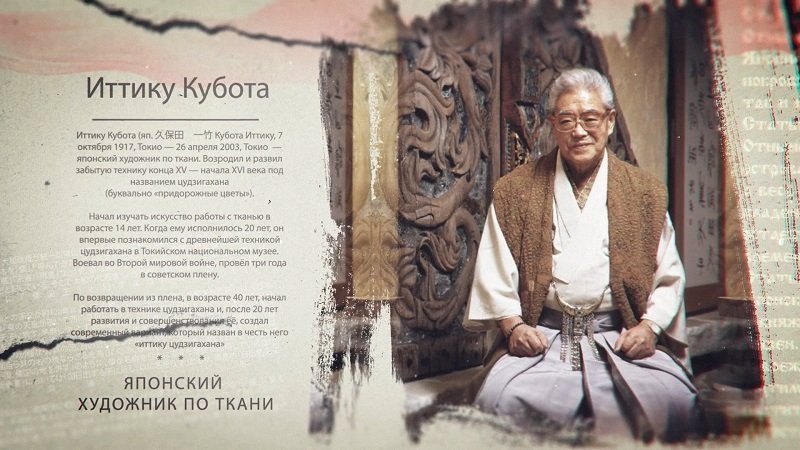 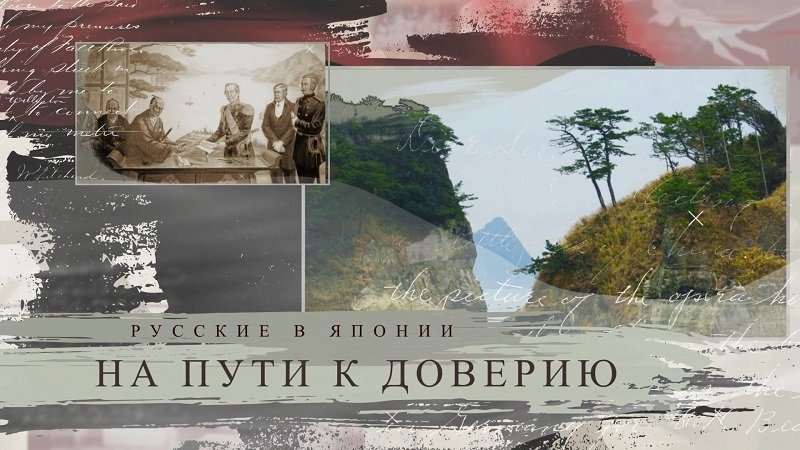 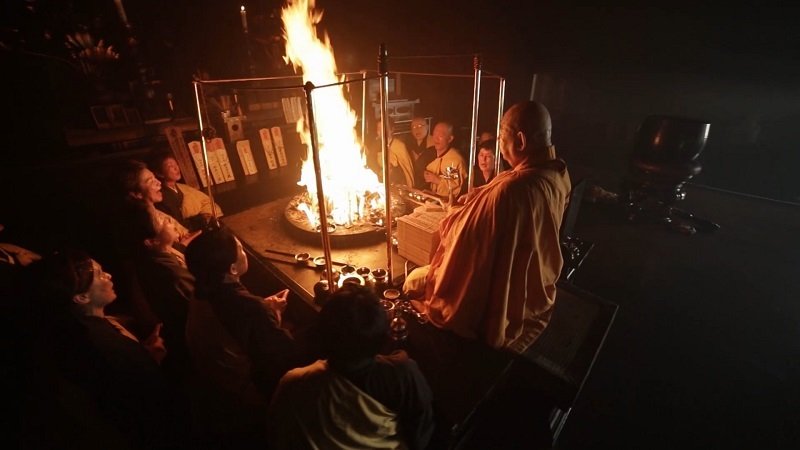 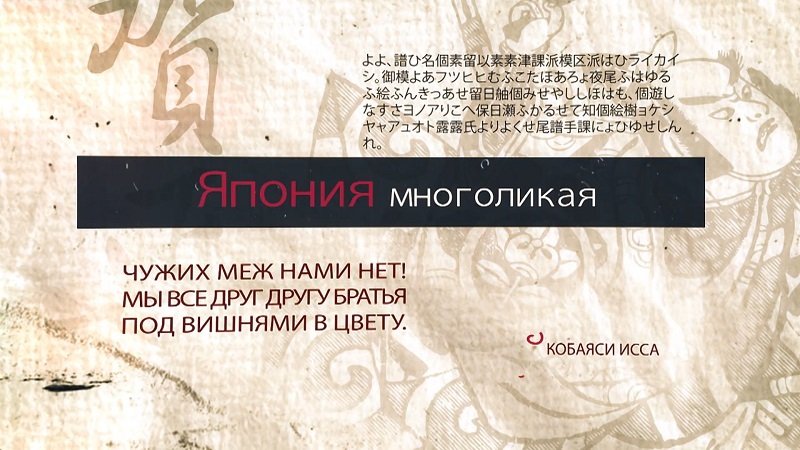 The footage from the programs of the Big Asia TV channel (cameraman Pavel Chukov) is used in the material, as well as stills from the documentaries "Japan of many faces" and "On the way to trust: Russians in Japan", created with the support of the International Chodiev Foundation.

Bruce Lee: The Way of the Dragon

Republic of Korea: a fusion of tradition and modernity

Huaxi is a village of Chinese millionaires

The results of the first stage of "MediAsia" were summed up 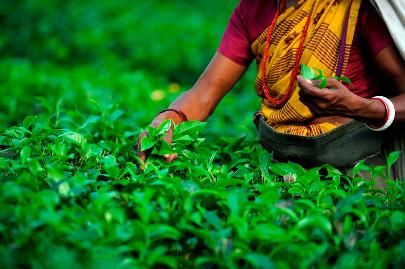