Every year on the Thai island of Phuket, the Vegetarian Festival is celebrated. This holiday is so unusual that what you see is remembered for a lifetime.


Some people sometimes do things with their bodies that it remains only to shrug their hands in bewilderment, because only one phrase comes to mind: “It's impossible!” It is impossible because it cannot be, since it contradicts all the laws of nature. Therefore, everything seen is a complete deception and hoax. However, it is sometimes difficult to argue with the facts and what has been seen.

Every year in Thailand on the island of Phuket in late September or early October, the so-called "Vegetarian Festival" is held. However, by and large, this festive event has nothing to do with vegetarianism, except for those fruit and vegetable tables with gifts that are displayed near the houses of local residents. The holiday is remembered by others: first of all, by a chilling action, which is difficult to call otherwise than collective madness. For tourists who manage to be in the center of action, it makes an indelible impression. 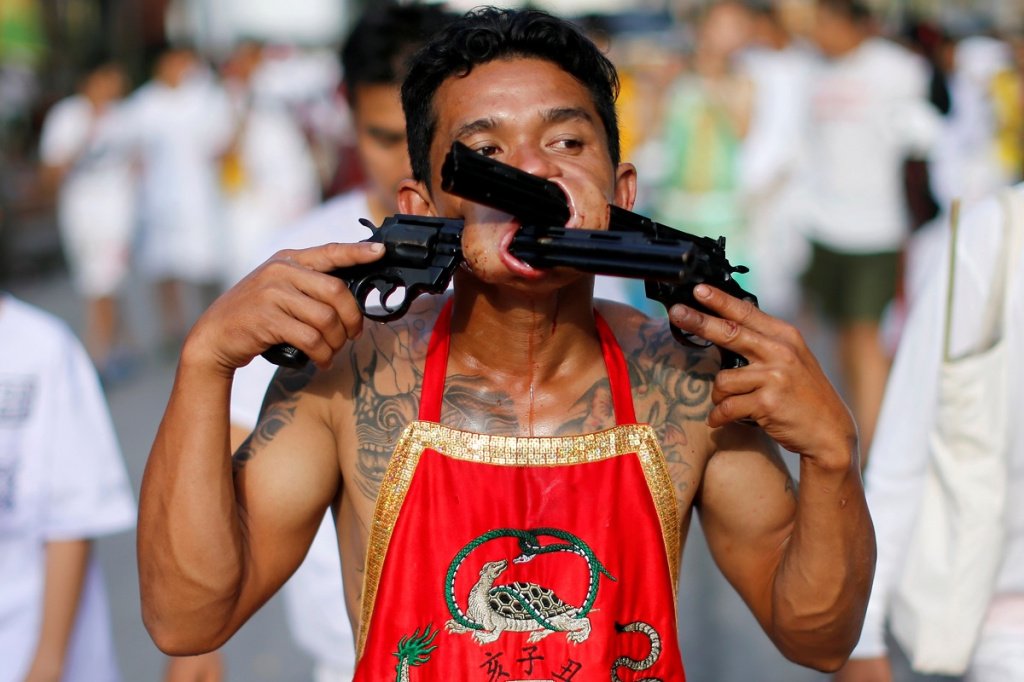 Among all kinds of holidays, this one can certainly be considered one of the most unusual. For several days, small groups of people walk along the streets and environs of the capital of Phuket - Phuket Town. They, of course, follow strictly defined routes - usually towards the temple, where some participants in the procession must still walk barefoot along the stairs studded with broken glass without getting injured. All the people are dressed up in ceremonial clothes, they pray and sing some songs... It seems to be nothing unusual.

However, it seems so only at first glance: when you come closer to one or another column of people, you see that the appearance of some of the participants, to put it mildly, is as if they have descended from the screens of horror films about zombies replicated by the Western film industry. Looking closely, you notice that one of the young people has something very strongly resembling a chisel sticking out of his cheek, the other’s ear is “fixed” with pliers with a firm grip, the body of the third is all pierced with sharp knitting needles and swords, the points of which stick out from the back. However, there are no cries of pain or groans of horror in the crowd - everyone around laughs and rejoices, not paying attention to the disfigured people who seem not to react to the surrounding reality. 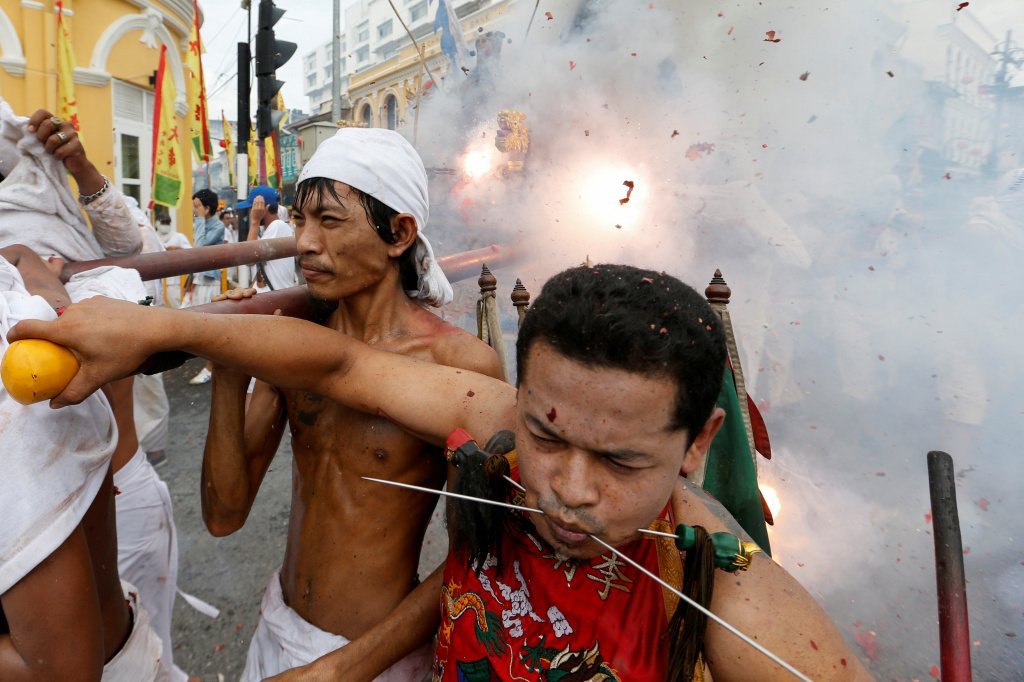 Climax of the holiday - procession under the roar of "cannonade". Photo: Jorge Silva/Reuters

Here, some uncle with blissfully rolling eyes fidgets with his tongue with a saw - not paper, it should be noted, but real, metal. The other next to him “scratches” his skull with an ax, on which, as it seems, there is no longer a living place, and next to him stands a man who mutilated his tongue with a broken neck of a bottle, piercing it through, and at the same time drove a large cleaver into his cheek.

Meanwhile, everything seen soon no longer causes unfeigned horror. You begin to understand that something is wrong here - until recently, you seem to have seen overly traumatized people, when suddenly, by some miracle, all these zombies turn into ordinary people. The terrible wounds that were recently on their bodies mysteriously disappear, as if they did not exist at all. There is no blood flowing in streams. The mind refuses to accept such a sharp transformation, because you saw everything with your own eyes.

The Vegetarian Festival usually ends on the evening of the ninth day, when a huge crowd of people gathers in the center of Phuket Town - many spectators, but even more participants. There is one procession after another, fireworks, firecrackers, crackers are thundering, there is a lot of ash and smoke around. Everything ends with the symbolic extinguishing of the lanterns: they should not be extinguished ahead of time, as this is a bad omen. When the festival ends, “foreign” objects are removed from the bodies of the most active participants of the Vegetarian Festival - now they become relics that need to be carefully stored. It is believed that all these swords, sabers, lances, etc. will bring good luck in the future. Scars, of course, will remain, but they do not bring much discomfort to their owners. 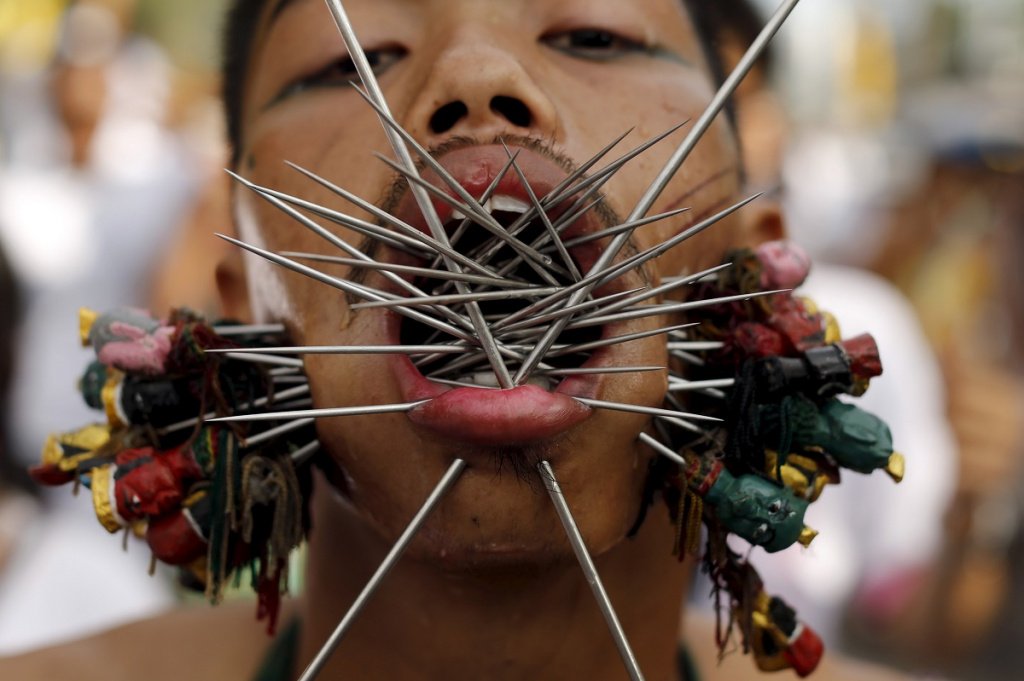 At the end of the festival, items are removed from the bodies and become relics. Photo: Jorge Silva/Reuters

Understanding what you see is difficult, but possible when you start to understand what it all means. The fact is that the Vegetarian Festival in Phuket has a rather long history - as expected, with its own legend. According to it, a large Chinese community settled on this Thai island several hundred years ago. People lived peacefully and calmly: they raised children, were engaged in subsidiary farming and earned their daily bread with hard work. But once there was a misfortune: the inhabitants of the community were struck by an incomprehensible deadly disease, which the Thai Chinese considered God's punishment for apostasy. In their opinion, the moment came when they stopped honoring their gods - that's why God's disgrace came to them. Then they tried to regain the lost supreme benevolence. But how can this be done if many religious traditions and knowledge have been lost?

A council met in the Chinese community in Phuket, which decided to send a delegation to their historical homeland to find out the “recipes” with which it would be possible to regain favor gods and stop incomprehensible death. Time passed, the messengers returned from South China, as expected, not empty-handed. They brought with them important knowledge, which, it is believed, returned well-being to people. Since then, the Chinese community of Phuket has been performing a healing ritual of purification every year. For nine days, local Chinese do not eat meat, onions, garlic, practically do not drink water, and drinking alcoholic beverages is strictly prohibited at this time. Of course, you can't smoke, or swear, or indulge in bad thoughts... 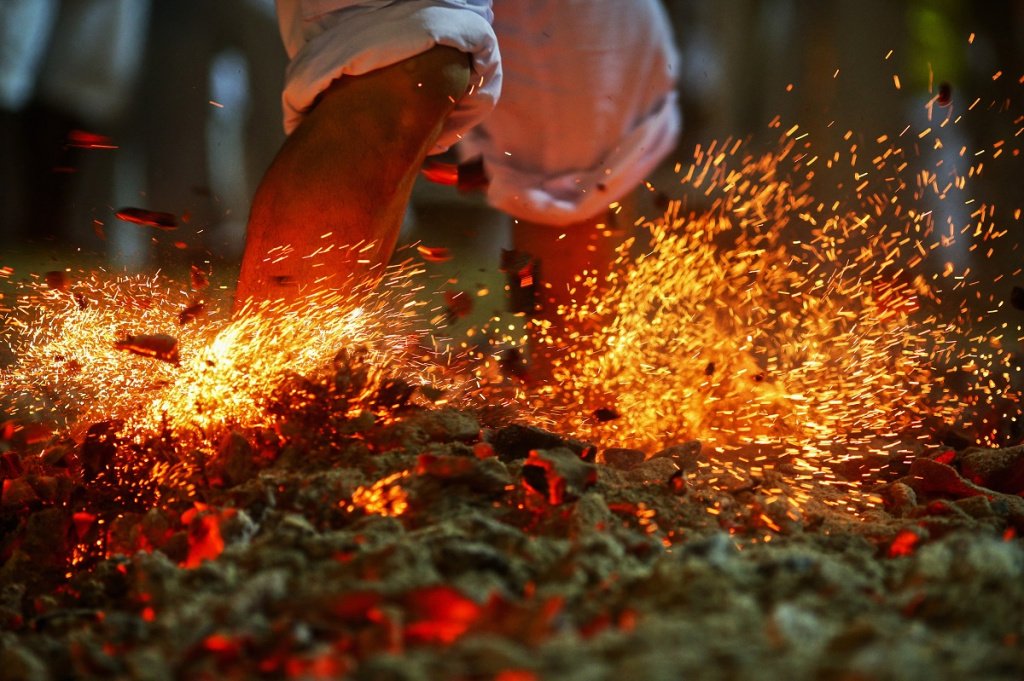 When falling into a trance state, people are able to walk on hot coals without injuring themselves. Phuket. Thailand. Photo: Athit Perawongmetha/Reuters

In fact, there are quite a lot of various bans. These days, the entire Chinese community in Phuket lives a little differently than on ordinary days. People put on clean clothes and go outside to take part in various festive events. As for the piercing of various parts of the body, as it turns out, this is not malicious self-harm at all, but a cleansing ritual when it is necessary to enter a trance state. According to the participants of the Vegetarian Festival, at this time "the Spirit dwells in them." Many of them consider themselves mediums who become "bridges" between the worlds of the living and the dead, only through them the grace of the gods descends on other members of the community.

poor fellows, piercing and cutting themselves with various objects, swallowing swords and fire, are not martyrs at all, as it might seem at first. In fact, there is no bloody spectacle, but something else is happening that the human mind is not yet able to understand, comprehend and accept. Modern medicine is trying to explain this phenomenon: the state of trance is being actively studied, but much remains a mystery behind seven seals. By the way, something similar, when people fall into a trance and do not feel pain, can be seen in many places in the world. For example, in Bulgaria there is a religious and cultural phenomenon - nestinarstvo. One of its main features is a ritual dance on hot coals. However, there is no blood, burns, severe wounds, after which a person has to be treated for a long time. The phenomenon itself exists. To call it a hoax somehow the language does not turn, even notorious skeptics do not dare to do this.

10 years of the nuclear accident at the Fukushima-1 nuclear power plant: how Japan copes with the consequences of the disaster

Sikhism is a religion of warriors 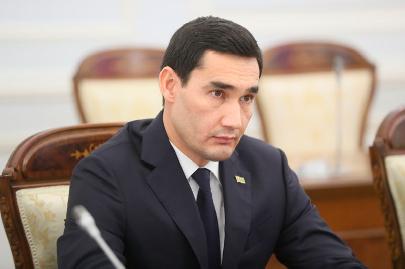 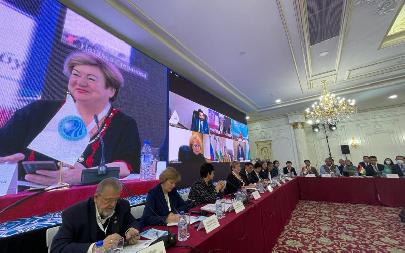