The main strategic wealth of the UAE is not oil, which will eventually run out, but purebred horses.

Arabs love horse racing. The generation of Bedouins, who rode through the desert on fast camels and frisky horses, has not yet gone into oblivion. Equestrian competitions in the UAE are held regularly - in the cool months they gather tens of thousands of spectators at various hippodromes.

The Arabian horse has always been distinguished by its unsurpassed grace. Persistent and hardy, with a short back and a small head, she always arouses admiration among connoisseurs and the pride of the owners. This feeling is intensified when you look into the large intelligent eyes of the animal, which glow with awareness of its own magnificence.

The purebred breed has been improved for many centuries. It is no coincidence that Arabian horses are considered the fastest and hardiest. Previously, the Arabian horse has always served as an excellent gift, which both sheikhs themselves and their foreign guests gladly accepted.

Horse racing in the Emirates has long been an integral part of traditional Arab culture. 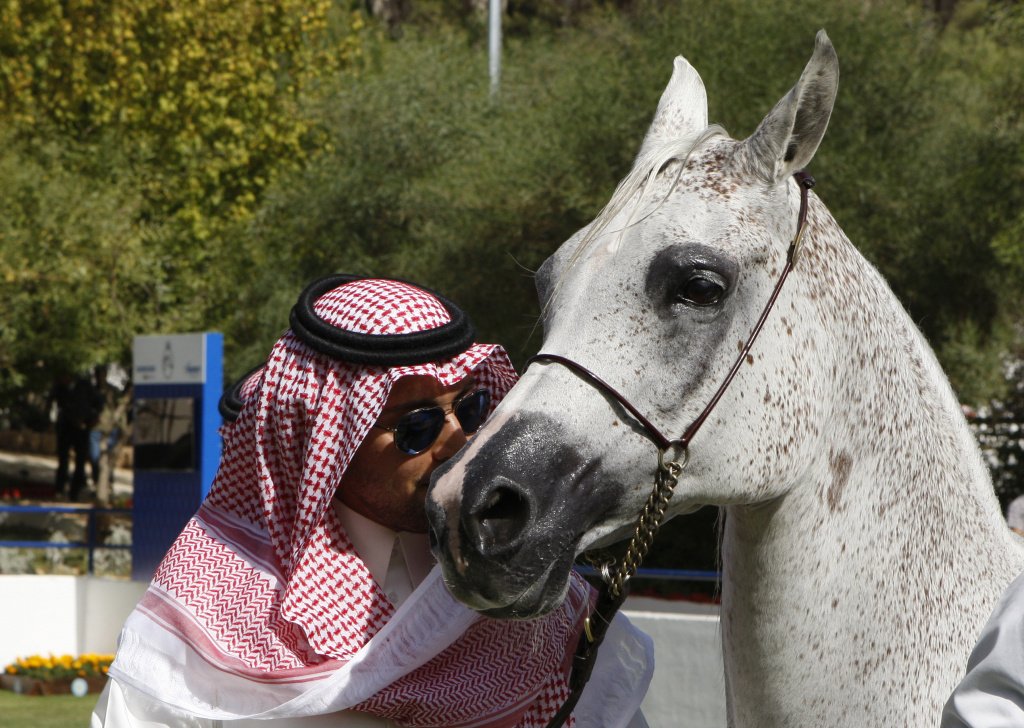 < br> One of the princes of Saudi Arabia with his favorite horse. Photo: Ali Jarekji/Reuters

Previously, German archaeologists discovered the skeletons of horses that lived around 300 AD .e. From Bedouin folklore, one can learn that the first horse was domesticated on the territory of modern Saudi Arabia, and all other Arabian horses allegedly originated from it.

Legends are legends, but the reality may turn out to be completely different. Some experts argue that modern elite Arabian horses are not bred at all in their homeland. So, there is evidence that back in the 18th century, Arabian stallions named Darley Arabian and Beyerley Turk were transported to Great Britain from the Middle East. Allegedly, in order to give local breeds of horses greater endurance as a result of selection. Another stallion - Godolphin Arabian - according to legend, came to Foggy Albion thanks to a certain British aristocrat who discovered him in ... Paris, harnessed to a cart. As a result of numerous breeding experiments, a thoroughbred riding horse appeared, one of the most frisky in the world.

Purebred Arabian horses received a "registration" in the stables of many sheikhs. Photo: Reuters< /i>

An interesting fact: in the early 1960s, many Arab countries lost their entire stock of thoroughbred horses. A whole series of wet winters was to blame for everything, with which came hordes of insects infected with a deadly disease - African plague. Many purebred horses died.

However, the interest of the Arabs in breeding purebred breeds remained - the descendants of the Bedouins took up their favorite and prestigious business with even greater zeal. So, at the end of 1969, Sheikh Maktoum started the construction of the first hippodrome. In England, thoroughbred mares were bought up for fabulous money. This was also facilitated by petrodollars pouring into the region in an endless stream. Over time, the UAE has its own federation of racing horse breeding, hippodromes were built one after another, auctions of breeding horses were organized. The latter, as expected, gave a powerful impetus to the development of horse racing. Thoroughbred Arabian horses returned to their ancestral home, having received a "registration" in the stables of the sheikhs.

Every year in winter in Dubai, Abu Dhabi and some other emirates, horse races are held. The most frisky horses and experienced jockeys take part in the competition. One of the most prestigious competitions in the horse racing calendar is the Dubai World Cup with a multi-million dollar prize pool. The amount of bets is over $100 million. Betting is not allowed at the races in Dubai, but viewers can still guess the winners - for which they receive a cash reward if the forecast turned out to be accurate. 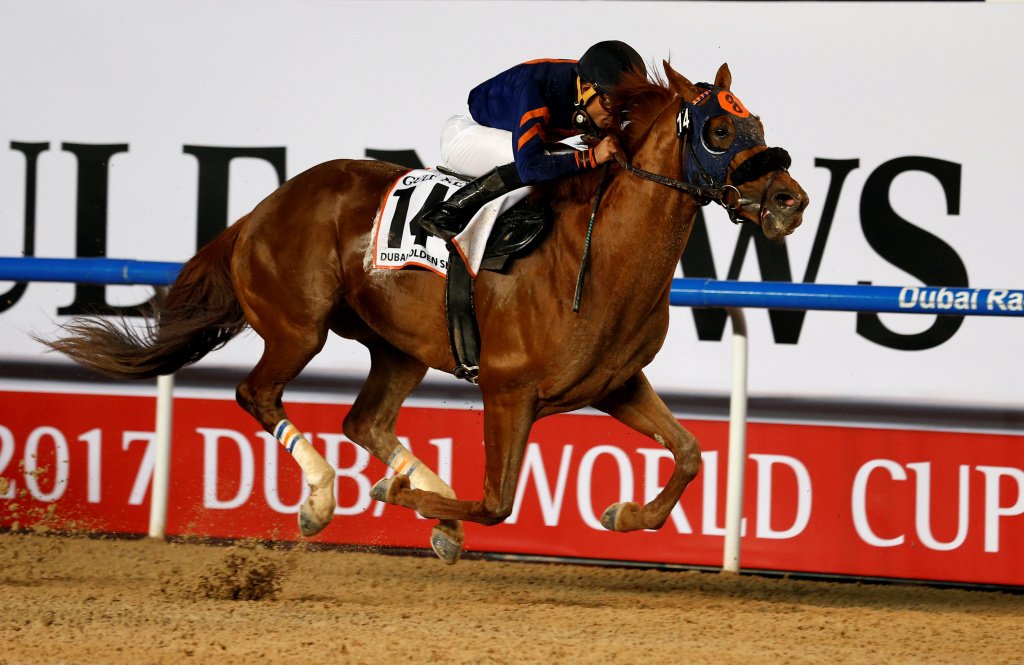 Upper class society from around the world - including politicians, show business stars and the film industry, trendsetters, etc. — drop their business and arrive in the UAE. Traditionally, the event takes place at the end of March each year - it completes the equestrian season, which begins in November in the UAE. Taking your horse to the competition is the dream of every horse owner. To participate in the Cup is the dream of every jockey. Watching competitions from the stands is the dream of every racing fan. Dubai horse racing is sometimes called the unofficial Olympic Games, since the list of participating countries is very representative.

Perfectly beautiful thoroughbred trotters are flying through the air. Who will win and cross the finish line first? Races, races, races…

Usually, every last Saturday of March, the ultra-modern Meydan Hippodrome, whose stands can accommodate more than 60,000 spectators, hosts the Dubai World Cup - only eight races. By the way, the fashionable Meydan Hotel is also located near the hippodrome, from the rooms of which you can also watch the races.

Usually, the Cup is opened by the first race - Dubai Kahayla Classic. At first, only horses of the Arabian breed compete. For thoroughbred riding - all the other races, each has its own impressive prize money.

Serious passions flare up. Because the price of victory is high: the prize millions are received not only by the owner of the winning horse, but also by the jockey. Wealthy Arab families are buying up stables all over the world. Their horses win many major races in Europe, the USA and Australia. And it's also a passion - to always be the first. Many wealthy Arabs can afford this "illness".

A highly respected audience gathers at the races in Dubai - crown princes and princesses, the richest people on the planet, the largest horse owners and breeders. Visiting the Dubai Equestrian Olympics is fashionable, prestigious, and sometimes very profitable, because very necessary acquaintances take place here. It is after the Dubai Cup that the absolute world champion is determined by the sum of points (they are awarded for the first five places in each of the races) - the best horse on the planet. 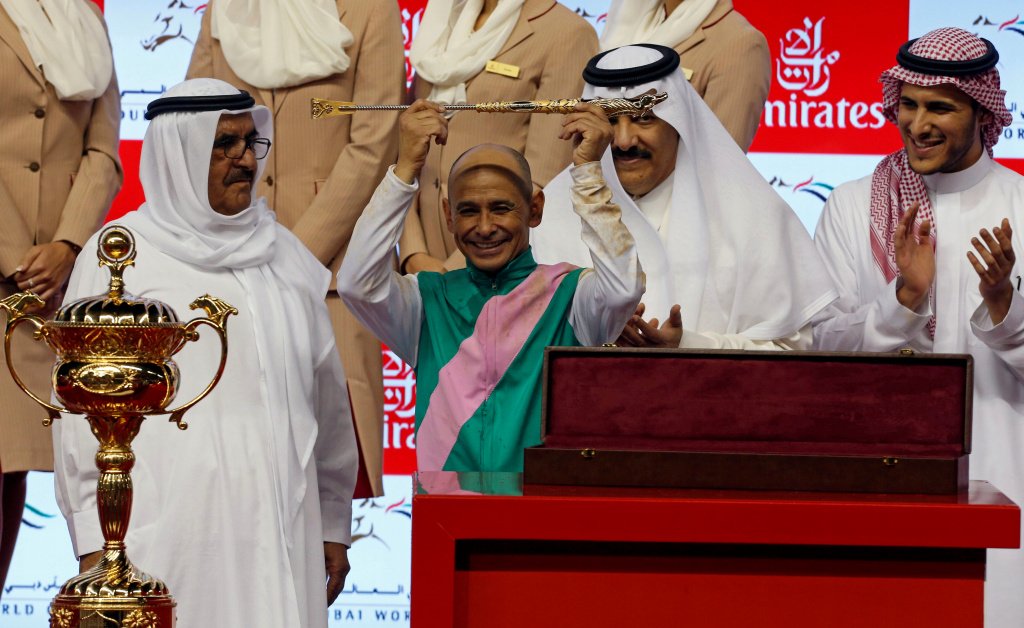 The winner of the Cup will receive not only a solid monetary reward, but also great respect. Photo: Ahmed Jadallah/Reuters

Arabs have borrowed many horse racing traditions from Great Britain, which is distinguished by its love of conservatism. At competitions in Dubai, there are almost the same ancient rules and rituals as, for example, at the Royal Ascot, where not only thoroughbred horses compete, but also high society fashionistas accompanying their gentlemen - big fans of equestrian sports entertainment.
< br> As a rule, such events are not only a hippodrome, but also a lot of entertainment events. For example, ladies demonstrate their extravagant attire to others. Sharia law prohibits women from dressing in this way, but during the Cup period this restriction is temporarily lifted. A competition for the best women's headdress is also invariably held - this tradition came from England. What kind of hats will not be seen by the audience during the famous Dubai World Cup! Those who are fed up with all these hats and unusual attire of ladies can take part in another significant event - go to the "Breakfast with the Stars", where it will be interesting to talk with jockeys, horse owners and horse breeders.

Pay to visit the hippodrome nothing is needed - usually money is charged only for the VIP-tribune. True, there is a rather strict dress code at the Dubai World Cup - no one is allowed into the stands in jeans and T-shirts.