Of course, the old Beijing, as it was a hundred or two hundred years ago, no longer exists, it has practically disappeared, although this happened not so long ago. However, many Chinese old people still remember a completely different city. Now only tiny corners of it remain. You can hardly call them islands of ancient China - they are so tiny. However, oddly enough, they are still found on the modern map of the Chinese capital. These are the so-called hutongs.

Beijing is located on the very edge of the desert. Her breath is felt everywhere here: the west wind blew - a big problem, the city seems to be turning into a huge vacuum cleaner that sucks in dust. It penetrates the premises from everywhere - even tightly closed windows, alas, do not become an obstacle for it.

Flying up to the Chinese capital from the northwest, through the window you see only bald mountains and wastelands. And finally, Beijing appeared - a huge metropolis, a human anthill that has grown at the very tip of the hitherto uninhabited space. At the point where the boundless steppe and the modern agricultural civilization now touch, the numerous army of the Mongols once stood up. 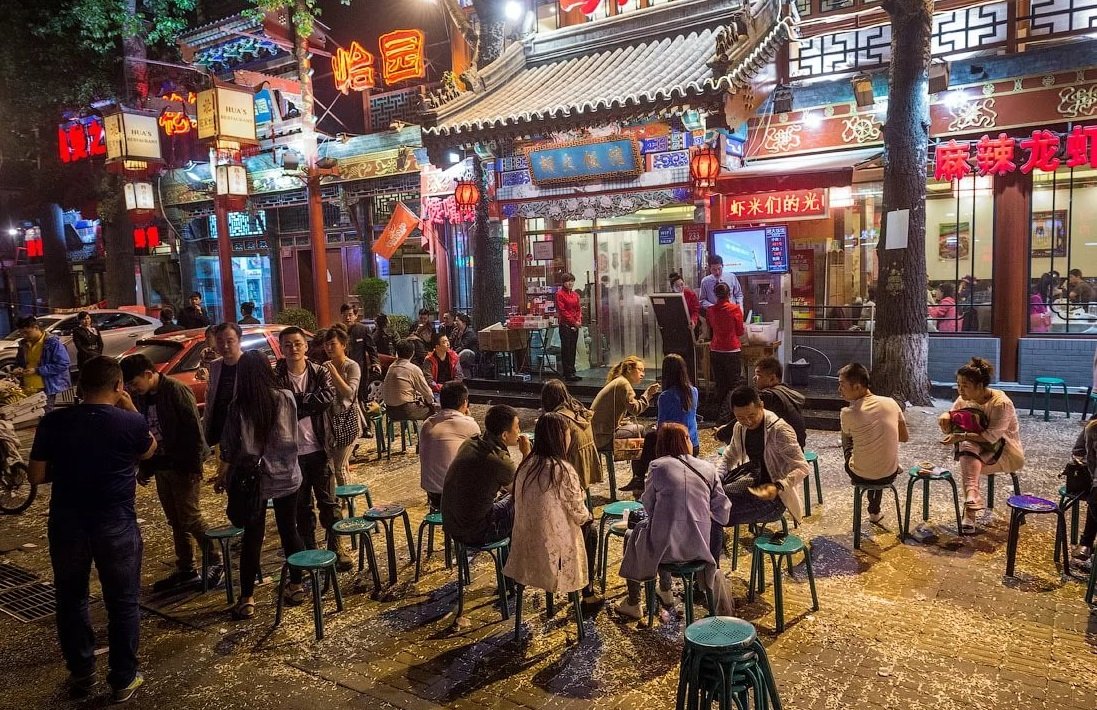 < i> To have lunch or dinner in a hutong is much cheaper than in "skyscraper" Beijing. Photo: netuleny.com

What is the main thing for a person in the desert? Find water, of course.   We need to find a well. So, the word "hutong" - this is the well. "Khutun" means, respectively, "many wells". Once they were dug in huge numbers by Mongolian troops. Then the formidable warriors left, and the wells dug by them randomly did not go away - their visible traces still remain. Where were they digging? Of course, where the water came closest to the surface. Local residents, using the "services" of the Mongols in the development of the city, began to move from well to well: in the end, several blocks of bizarrely twisted streets were formed. Then these nooks and crannies became more and more ... Some Chinese old people still assure that the word "hutong" does not mean a well at all, but a turn. Where the well had once stood was either a dead end, or the street curved sharply into another well. Gradually, one hutong after another appeared, and over time, they all together formed the old unique Beijing. So today you wander through these fragments of colorful neighborhoods - from one hutong to another. Look, you're lost. It is completely incomprehensible how before in these labyrinths it was generally possible to find the way to the right place. You probably need to be Chinese to be able to do this.

Until recently, the hutongs were the main core of Beijing, but today the city is changing right before our eyes. Hutuns are rapidly disappearing into oblivion - disappearing at such a speed as if they did not exist at all. In their place, chic skyscrapers appear, modern roads are being built. Very often huge spaces are demolished - in just a few days. Here, there was just a block, but suddenly workers appear, the block is cordoned off - and only centuries-old dust stands in a column. Artists - local and foreign - are in a hurry, because they need to capture the images of ancient China for posterity. And bulldozers clang with buckets nearby. The Fried Bean Hutong, the Sesame Hutong, the Arrow Shaft Hutong, the Sounding Drum Hutong, the Sheepskin Market Hutong, and many others have disappeared from the face of modern Beijing.


Old China with all its flavor. Photo: travelandart. en

Some hutongs - Buffalo's Crooked Horn, Dog's Tail, Scribes - temporarily decided not to touch. This was done, as explained, for the benefit of tourists, to whom the Chinese authorities decided to present a really valuable gift - to demonstrate ancient China with all its flavor. But, most likely, some more period of time will pass and even these hutongs will not remain.

Needless to say, it is in such places that foreign tourists can still wander quietly, looking at that unique “bookish” China with curiosity , which has long been drawn by the imagination. Yes, there are unpleasant smells - garbage and rancid sesame oil, here - screams, laughter, red lanterns sway in the wind everywhere, and here - a gray-haired old man with an "intelligent" wedge-beard seemed to have "retreated into himself", he mournfully mutters something and tortures the local balalaika, the arhu, with his crooked fingers.

For some reason, many formidable Tibetans roam the hutongs, at least they seem so at first glance. You can recognize them by their foreign clothes, and also because they hold yak horns and Tibetan sheep skins in their hands. In their shoulder bags, as it turns out, some ancient amulets are found, healing roots that cure all diseases at once, multi-colored vials with incomprehensible potions, supposedly magical. And knives - these unique Tibetan knives that collectors are happy to buy. All this is for sale - bargain as much as you like. But until I made a purchase - to be photographed together, no, no. Then you can - and no one will threaten you with a knife. 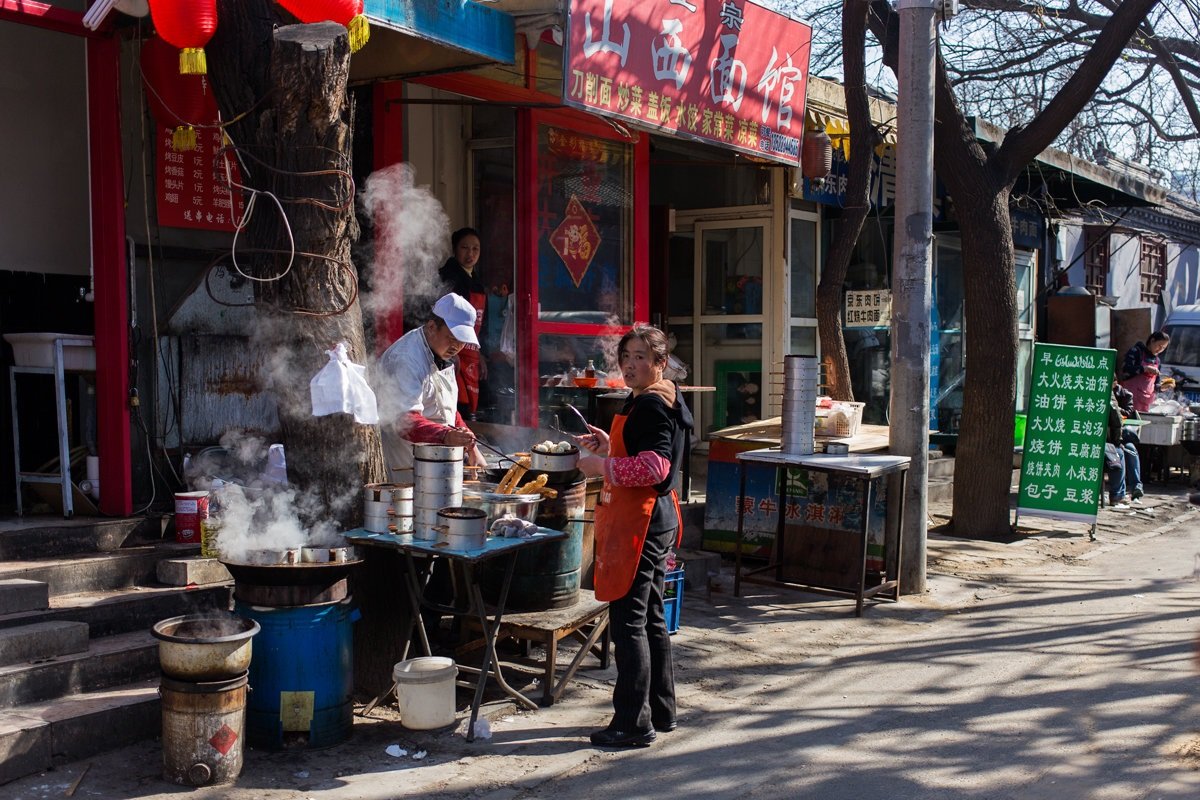 Any hutong is a kind of door to the informal life of Beijingers. Here you can still make one discovery after another for yourself. Here, a company is sitting in a restaurant and someone suddenly, with contempt, as it seems, throws a crumpled pack of cigarettes on the table of his comrades. They are scattered all over the table, but no one is offended and does not even show their indignation at such a dismissive attitude: then you find out that in such a specific way for a European, a Chinese can also show his respect for the people around him. Asians, sir, they have their own ideas about the rules of communication. You go into some small shop, and there the buyer and seller hastily “play with their fingers” literally in front of each other. Then suddenly it dawns - so they are doing the counting: the Chinese still actively practice counting on the fingers. So, the number seven is a pinch; six - thumb and little finger in a spread; the index finger is crooked - this means nine; crossed two forefingers - ten. But do not think that if someone taps with two closed, outstretched fingers on his hand, then again you need to do arithmetic - it just means "thank you." It can be recalled that somewhat peculiar methods of counting also existed among European artisans in the Middle Ages, as well as among Russian offen, who wandered through the villages of merchants of every little thing - these, in addition to their unique and inimitable fen, also used fingers for better communication.

...A shrill synthesizer horn breaks the evening sky above the lamaist monastery in the Scribes' hutong. The rumble then grows, then moves away, bursting into a melodic ringing. It turns out that the sound is made by a flock of pigeons rising into the heavenly heights, which the monks launched. The birds fly, but it is heard that they seem to rattle with bells: the fact is that copper and bamboo plates are tied to the bird's paws, and when the dove takes off, picking up speed, these “pendants” begin to emit a mysterious rumble, some kind of mystical sound. And suddenly, at some point, it already seems that the pigeons are making noise as if a bell is ringing nearby.

Holidays in May in Turkish 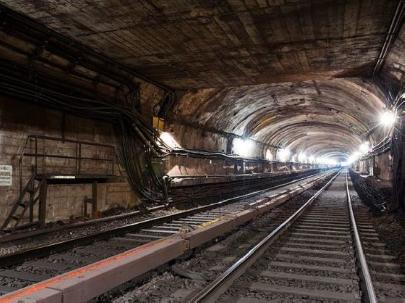 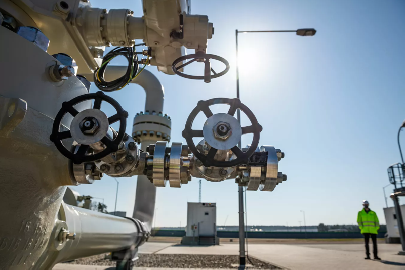 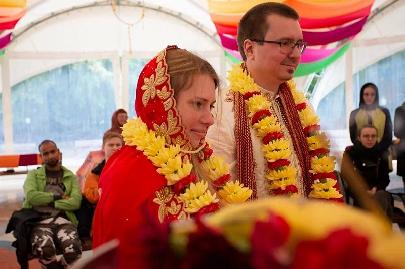 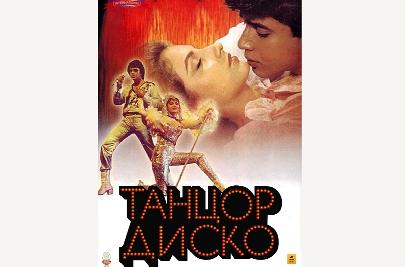