Indonesia owns many legendary islands - Java, Bali, Sumbawa, Flores, Sulawesi, Madura. The Moluccas and part of the island of New Guinea are also located in this country. In many places, wide hiking trails have long been trodden - there are so many of them that one cannot cross. Sumbawa Island is located in the eastern part of Indonesia, where the so-called Wallace Line runs.

It was named after the famous English naturalist Alfred Wallace, who, in fact, proved to the entire world community that the Malay Archipelago should be divided into two parts in terms of flora and fauna. So they drew this dividing line between Kalimantan and Sulawesi, between Bali and the Lesser Sunda Islands. To the east of the Wallace line is the island of Sumbawa - it is also called Sumba. The tourist capital of one of the districts of the island - the town of Waingapu - is more like a huge village, but several very decent hotels on the ocean coast are still found here.

Immediately behind the city, in its western part, dense forests begin, where without a guide they do not recommend prying their nose into any traveler who is poorly versed in the local geography. The local population is mainly engaged in the cultivation of rice - in those territories that people have conquered from the jungle. However, in the eastern part of Waingapu, which is mostly savannah, the inhabitants cultivate corn and yams, and some livestock. 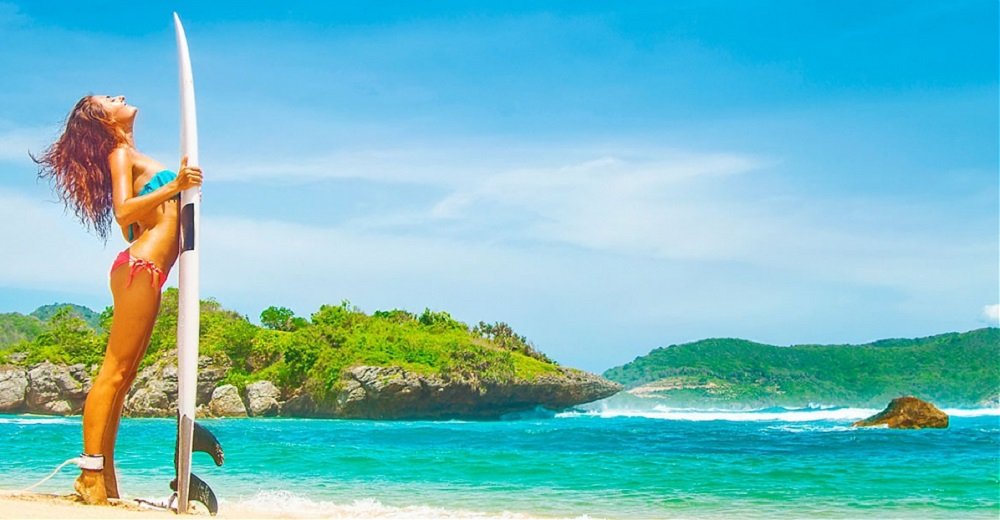 Surfing is excellent on the island of Sumbawa. Photo: tomeet.travel

The islanders live in communities run by the head of the administration, who belongs to the family of local rulers - the marambu. This is such a local rajah. He has unquestioned authority in the team, all his instructions must be clearly followed. There was a case when one maramba after death could not be buried for 17 years! It turns out that all these years, his former wards mourned for him and observed mourning. We, Europeans, do not understand this, but, in the end, the burial of this very revered raja among the people nevertheless took place, while observing all the ancient customs.

Thousands of people came to the farewell ceremony, and all without exceptions with valuable gifts: someone brought a buffalo or a horse, someone brought gold and silver jewelry. By that time, the deceased had already been mummified - on Sumbawa, this is a common thing to bury. First, the mummy of the rajah was wrapped in an expensive fabric special for such cases - so that an impressive cocoon was formed. And then the body was lowered into a grave carved into the rock. She, by the way, has been preparing for the ritual all these years. Once a year, and sometimes it was done twice, rituals of sacrifice were held at the future grave. To this raja, the locals slaughtered no less than a whole herd - 22 horses and a buffalo. 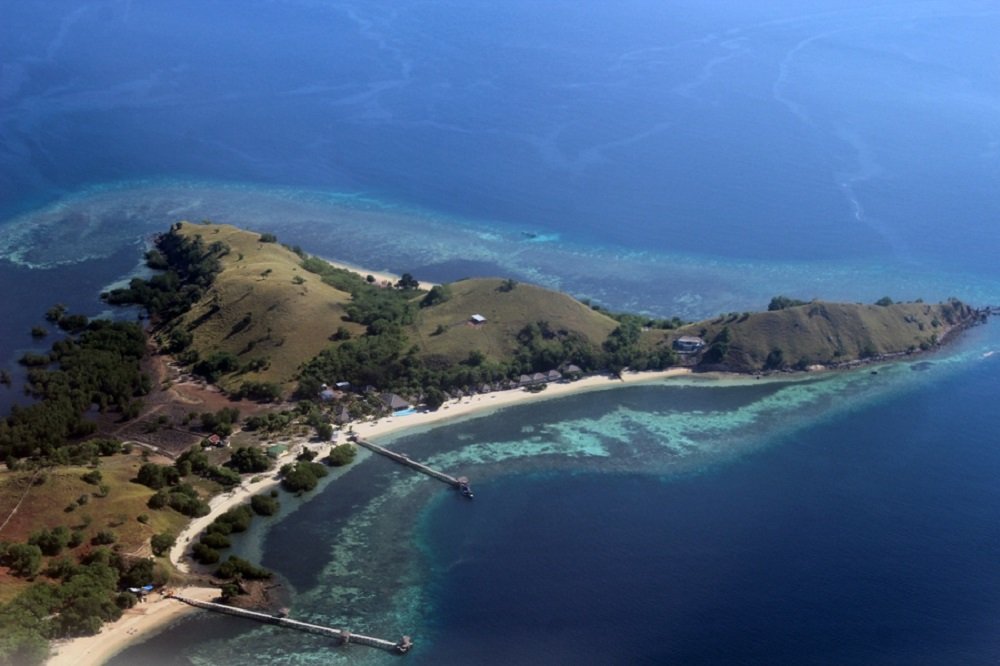 
Tourists reaching the island of Sumbawa are happy to buy local fabrics. They are really special here - the colors are bright and durable, so the matter will serve faithfully for many years. Island craftsmen obtain dyes from the roots and leaves of plants. Combinations of colors and patterns on fabrics are made for a reason - each owner of a particular costume wears it in accordance with his social status. None of the inhabitants will put on clothes, on which there will be a drawing, say, of a horse, an ox or a lion. Why? Yes, because in these parts they are symbols of power, which only the marambu possesses. Consequently, he wears things with such insignia.

Local men most often prefer khings - these are two such pieces of fabric. The top is thrown over the shoulder and tied at the waist. Island women wear lau. This garment resembles a sarong. The most favorite colors are red and indigo, as is the color of the Indian Ocean water in good sunny weather.

The area of Sumbawa is larger than Bali and Lombok combined. Its somewhat bizarre shape was formed as a result of powerful volcanic eruptions. At first, it even seems that the island itself is not a single whole, but is, as it were, hastily fastened to each other by several islands. Administratively, the island territory is divided into three districts (Bima - in the east, Sumbawa - in the west, Dompu - in the central part). Bima County, for example, is populated exclusively by Muslims. From here, by the way, in percentage terms, more pilgrims go to Mecca every year than from any other part of the country, although only a little more than 30 thousand inhabitants live in the town of Bima. Some tourists specially come to Bima to stare at the Sultan's palace - more precisely, not so much at him, but at the famous collection of royal crowns and kris daggers with a wavy “flame” blade and gold and ivory handles studded with precious stones.
< br>

And yet, if the spirit of adventurism is alive in a person and physical conditions allow, on Sumbawa it is certainly worth literally crawling to the crater of Gunung Tambora volcano. From a bird's eye view, about 3 thousand meters, from the slopes of the caldera, formed due to the failure of the top of the cone, an amazing panorama of the island and the expanses of sea running into the distance opens up. The fire-breathing mountain spewed out the power of the Earth in 1815. So much so that the whole world felt the consequences of the phenomenon - as if several powerful hydrogen bombs had exploded. The vent threw over 10 million cubic meters of earth and red-hot lava into the atmosphere. Therefore, 1816 became a year without a summer for our planet.

In a word, in terms of the global tourism business, Indonesia, home to about 150 peoples who are close to each other in language and culture, is a very attractive and promising country in Southeast Asia . The official language is Indonesian (a modified version of Malay). In fact, Indonesians living in different parts of the country communicate with each other in so many languages that one gets the feeling that no one knows exactly how many there are. They say more than seven hundred.

All this, of course, manifests itself in the national and cultural differences of the inhabitants belonging to many heterogeneous ethnic groups. In fact, each of them has its own traditions, although, as they say, they are gradually mixing. Religious preferences in this country are also very diverse: Buddhism, Islam, Hinduism, Christianity, animism. This, by the way, left its mark on the culinary tastes of the Indonesians. 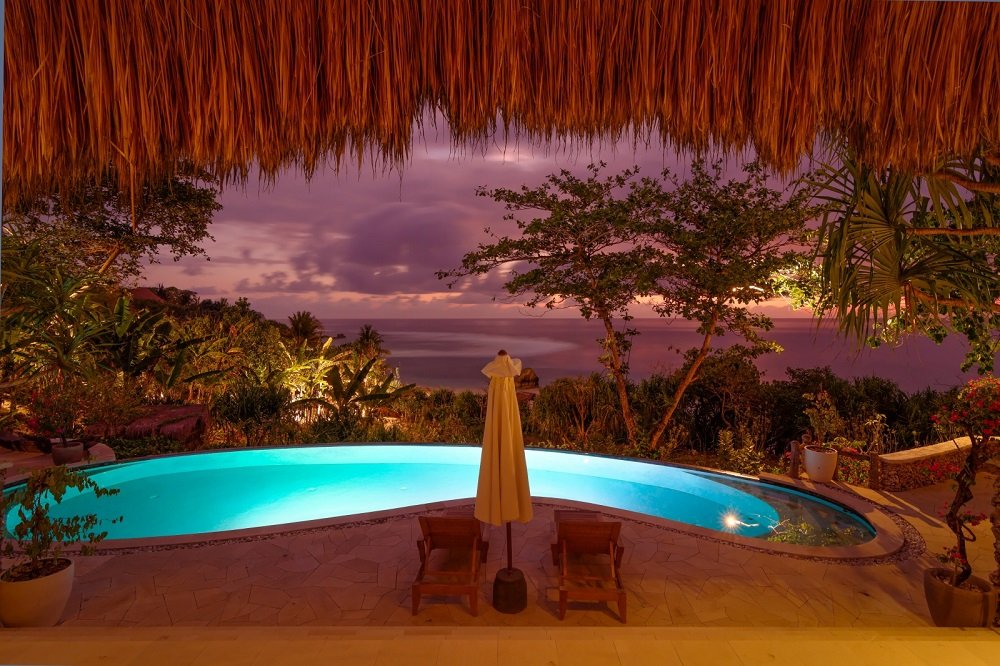 From many hotels in Sumbawa offer magnificent views of the ocean. Photo: expedia.com


You can wander endlessly in the labyrinth of local culinary dishes, which is probably worthy of a separate discussion. However, a visitor should always remember that prepared food in Indonesia is usually served on a banana leaf - forks and knives are on demand, but not all catering establishments can get them. It is also important to remember: if a guest of Indonesia has a desire not to seem like a savage to the local population, then you must certainly take food with your right hand, since the left is considered unclean. For little kids, so that they do not confuse their hands, they usually put an elastic band or a thread on their left wrist.

Although the locals do not abuse alcohol, there is no strict ban on it. Some people like the local Brem rice wine, which is similar to port wine, and someone likes wines of a smaller strength - in some regions of Indonesia, Isabella grapes are even grown. It is also used to make the wine of the same name. In terms of the variety of alcoholic products, the island of Bali, perhaps, gives its guests the greatest choice. Here, please! - pretty decent Hatten wine, and here is arak palm vodka, which is recommended to drink with honey. Also, in some places in Indonesia, they learned how to brew beer well from the juice of palm leaves.

Eskimos of Chukotka: the smallest people in Russia

Chandigarh: The City of the Sun - the triumph of a great architect

Norway named the wildest country - in a good way 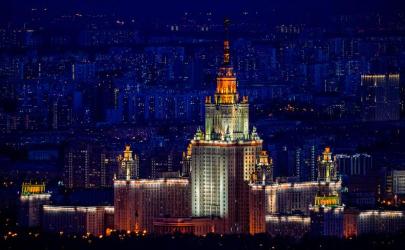 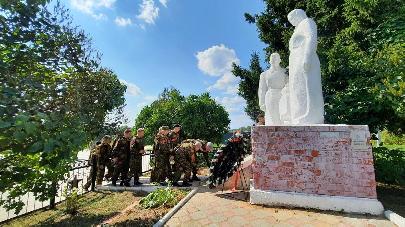