In Thailand, they love to have fun on any suitable occasion. For example, they arrange a "day of happiness" seemingly from scratch - during the annual buffalo race. This festival is called Chonburi Buffalo Racing Festival.

Almost every day on our planet something is celebrated. All the celebrations celebrated in the world, as a rule, are associated with some memorable events. Some go back centuries, others have a religious "colour", others are some significant state dates. Each holiday in its own way represents this or that nation, its traditions, ethnography, national traits, temperament, finally.

People in Thailand really love holidays, especially joyful ones, there are more than enough of them in the country. Buffalo racing usually takes place in the middle of autumn near the resort town of Pattaya, Chonburi province. When you start to wonder where the origins of this perky event come from, it turns out that it has its own history. Initially, the races were invented in order to somehow decorate and enliven the very boring process of selling buffaloes at the annual fair. Then the Thais liked this idea so much that they turned it into a generally ordinary event into one of the entertainment highlights of their country. Today this festival is very popular among tourists, although there was no trace of them in Thailand at the time when these races began.

This competition has been around for about 150 years. It's official. Unofficially - even more. Traditionally, at the end of the rainy season, Thai farmers had a lot of free time, since the main field work had not yet begun. Once, it was in 1871, buffalo racing was demonstrated to King Rama V, who came to Chonburi on his royal business. He had fun with all his heart and ordered to help local residents every year in organizing such an exciting competition. Since then, as they say, it has been... 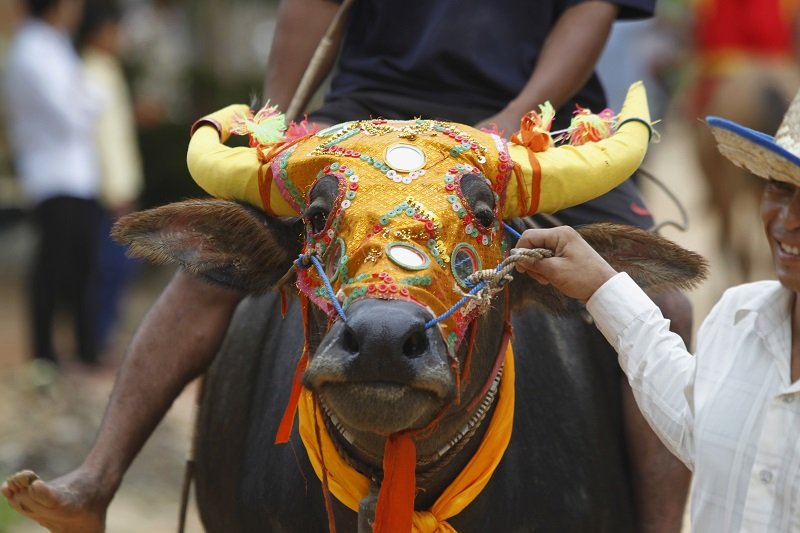 Before the start of the competition, every owner of a buffalo-athlete strives to dress him up in a festive way. Photo: Pring Samrang/Reuters

Before the start of the holiday, the riders dress brightly and urge the spectators to do the same, of which there are many going to the exciting show.  Many competitors try to festively decorate their "transport" - bulls. True, when the races themselves begin, they are no longer up to such trifles, because they have to take care not to get seriously injured - falling to the ground from the back of a large, kicking, and even rushing at a breakneck speed animal is as easy as shelling pears. Saddles are not provided in the races, the rider tries to hold on to the rope wrapped around the neck of a mighty animal with one hand, and in the second he holds a wooden stick, which he uses instead of a whip. they choose the most beautiful and strongest buffalo. This task is not an easy one - all animals are like a selection. Sports competitions, a song contest and many other entertainment events are provided for the hosts and tourists.

As for the races themselves, these are very spectacular competitions, because they have everything that people have long loved - speed, risk and rivalry. A great way to "catch" the adrenaline!


Competitions are held in several disciplines. Including so. Photo: Athit Perawongmetha/Reuters

Once modest in scale, the event has gradually grown into a landmark event - its budget has grown to several million baht. True, the main funds still go not to hold competitions, but to organize an agricultural fair. What is noteworthy: in 2012, the Thai Ministry of Culture declared buffalo racing an intangible object of cultural heritage of the kingdom.
If races are great entertainment for festival guests, then every race is serious business for animal owners. Therefore, they have a special attitude towards buffaloes, associated with great troubles, because before the competition, throughout the year, buffaloes have to be trained long and hard, carefully monitor their diet, which is not the same as that of ordinary animals. Each owner has his own recipes for sports nutrition, they are not disclosed, they are kept secret, although cunning journalists have long discovered that buffaloes are “pumped up” with proteins, or simply put more eggs in food, which are mixed with beer.

The choice of young animals, which, when they grow up, will participate in competitions, is also approached responsibly: the main thing is that the young calf should not be overweight - there will be no sense from this anyway. Adult buffaloes are difficult to train - they are difficult to train. Animals are gaining weight rapidly, so their owners face another no less difficult task - to prevent their pets from eating and losing all interest in competitions. The “fighting” weight of a sporting bull is usually around 600 kg, while a large animal usually weighs about 900 kg. 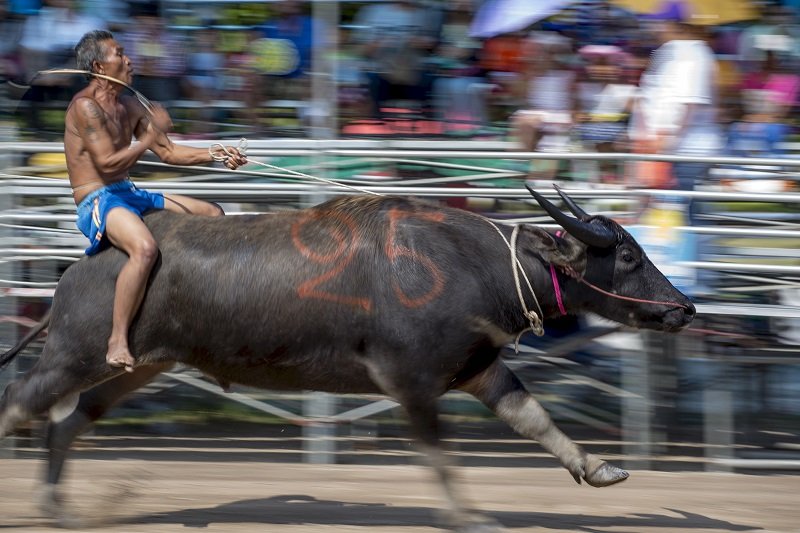 The "bull-athlete" is not used in field work. For poor peasants, such an animal becomes the main hope for getting rich. Every family that raises a "racing" buffalo for the time being sees in it a kind of talisman that will certainly bring good luck and material well-being.

Usually the Buffalo Racing Festival opens early, at seven in the morning. By that time, the first spectators have also arrived, who are watching with interest the elegant buffaloes and their owners. Together they parade past the spectators, who warmly greet the competitors with applause. Then the strict jury of the festival chooses the buffalo with the most formal attire, and the owner is awarded a prize.

Competitions begin after all preliminary events have passed, at 10 am, when, in fact, all the spectators gather. The distance that the bulls must overcome is not very large, sprinting - 100 meters. But for their riders, even this is enough to remember their entire previous life in a short time. The main participants in the competition - bulls - are divided into three categories: first, small individuals compete, then medium ones, and the highlight of the program is racing on large animals. 5 buffaloes compete in each race. The rules are for the departure, whoever wins the distance continues to compete. The losers are out.

Buffaloes run quite briskly, accelerating up to 40 km per hour. Approximately the same speed is developed by professional male runners at the same distance. As already noted, there is no saddle for animals, the rider holds on to the rope-reins with one hand, and with the other he beats with urine on the side of the animal. Not all "jockeys" reach the finish line. Light bruises and small fractures are perceived as some kind of cost of an extreme sport. The main thing is that there are no more serious injuries.

It is too early for those lucky ones who managed to reach the finish line to rejoice. You also need to successfully jump off the back of an animal that wanted to spit on the finish line and rushes on like mad. It is necessary to stop a buffalo that has gone into a rage with the only available methods - with reins and a rod. This cannot be done quickly - although the bull is domestic, its habits still remain like those of a wild one, which incites the audience even more.

, because in Thailand it is forbidden to bet. However, this phenomenon still exists - Thais are very gambling people, so they often commit such violations and put their last money at stake. By the way, cockfights are also held in Thailand - the situation is approximately the same with the sweepstakes. to another, and tourists are actively buying up souvenirs in local shops. As a rule, competitions are held for several days - every day, approximately according to the same scenario. In the end, the winner bulls are revealed, but all the glory goes to the owners, who receive good prize money and ... honor and respect from & nbsp; villagers for the whole year. The bull, at best, will be poured ... beer.

Chandigarh: The City of the Sun - the triumph of a great architect

Mysterious kingdom in the Himalayas

The place where the emerald Buddha changes his clothes 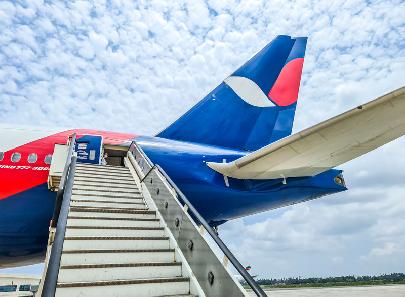 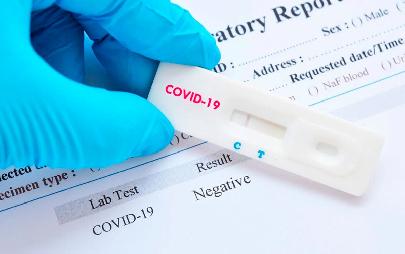 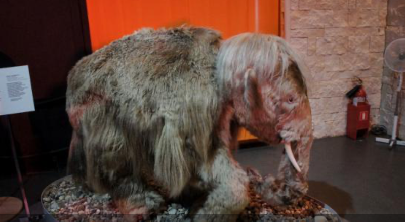 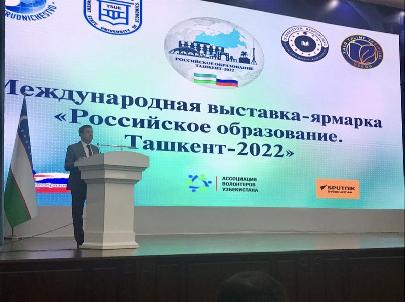 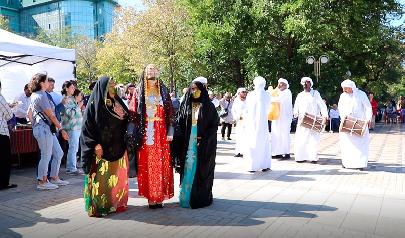 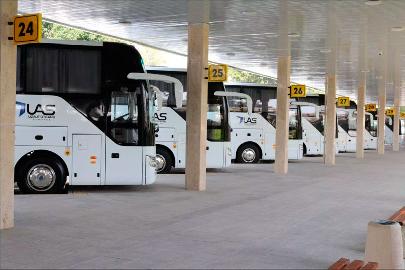 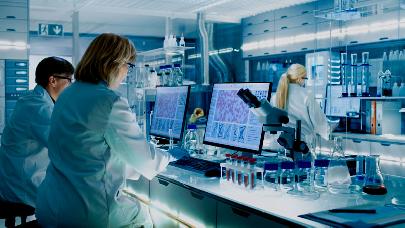 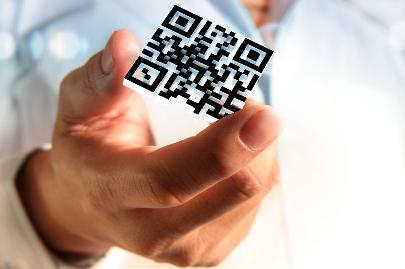 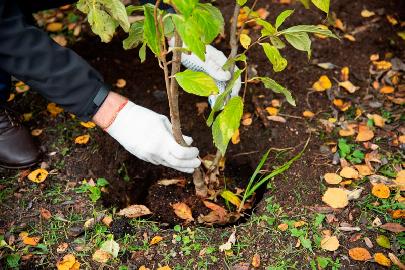 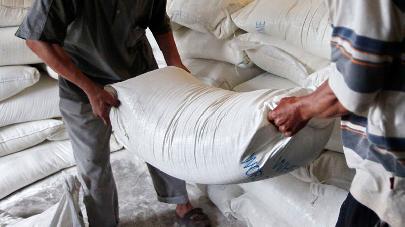