In many Asian countries, organic products are used in folk medicine and cooking. So, for example, the horns of wild animals allegedly help prolong life and sexual attractiveness. Indeed, there is strength in the horns. But someone thinks otherwise.

Well-known folk wisdom says: "The best remedy for impotence is pantocrine from one's own horns." Whether this is so or not is, of course, a philosophical question, everything is individual. However, we can safely state the fact that the horns of some animals are very popular among some inhabitants of our planet, especially among men. 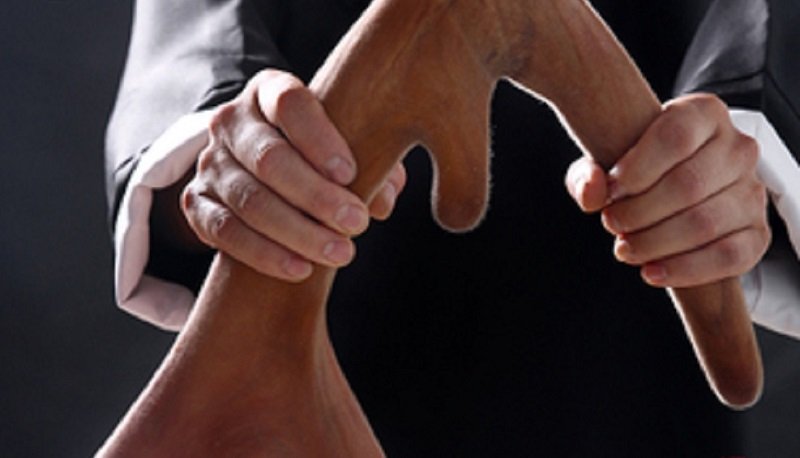 It also unexpectedly turns out that horns for the strong half of humanity, especially in Asia, have long become a kind of pass to the wife's bedroom. Of course, they are not put on their heads, but special decoctions are prepared based on them. So, for example, deer antlers have been used in cooking and medicine as a food additive for many centuries. Many residents of Asian countries are sure that this part of the body of animals contains one of the most effective means to increase male sexual power. In part, this theory can be explained by the phallic shape of the horns, but, on the other hand, science has indeed established that male hormones are abundant in the horns. All sorts of elixirs prepared on the basis of deer antler extract are very popular in many countries. What's important is that you don't have to kill a deer to get its antlers, it sheds them every year.

In this sense, the rhinoceros was less fortunate. The unfortunate animal really became a victim of human lust. Not so long ago, rhinos were shot in huge numbers - until it turned out that there were not so many of them left on planet Earth. Nature lovers made a big noise, and uncontrolled shooting was banned. However, this circumstance never particularly stopped poachers. And today they are destroying rhinos not only because their meat is a delicacy product for which restaurateurs will pay a decent amount, but also because Asian pharmacists are ready to pay no less for a rhinoceros horn. The black market demand for it is high.

For centuries, the Chinese and their followers have considered medicines and dietary supplements containing ingredients derived from rhinoceros horn to be a powerful sexual stimulant. Allegedly, it helps not only restore joy to some men, but also treat all sorts of ailments, from nosebleeds, headaches, chronic coughs, to indigestion and food poisoning.


The traditional annual deer fight before the start of the mating season. Photo: Toby Melville/Reuters

Not so long ago, many Asians trusted alternative medicine more. With inexhaustible enthusiasm, they scoured the pharmacies and healers in search of a dried rhinoceros phallus. It was supposed to be eaten to get the desired effect. Then the local Aesculapius, scratching their heads, nevertheless came to the conclusion that it is more efficient to switch to rhinoceros horns - they produce far more raw materials than dried phalluses, and besides, this is not a perishable product. Why this was decided is not very clear. Perhaps, in fact, the change of priorities occurred due to the practicality of businessmen from alternative medicine, because an ordinary rhinoceros may have not one, but two horns, and a black one has as many as five of these horns. It seems that it was the total shortage that forced the traders to switch their attention to other parts of the animal's body.

Alas, the myths turned out to be so stable that the rhinos were almost exterminated. But then it suddenly became clear that - oh, these meticulous doctors from traditional medicine! - there is no scientific confirmation of the delusion about the special power of rhinoceros horns. They contain not so many substances that can increase male libido. However, many Chinese medicine men still stubbornly recommend that their customers add "rhinoceros powder" to some dishes. The Chinese authorities catch smugglers almost every year. At least that's what the local press says. 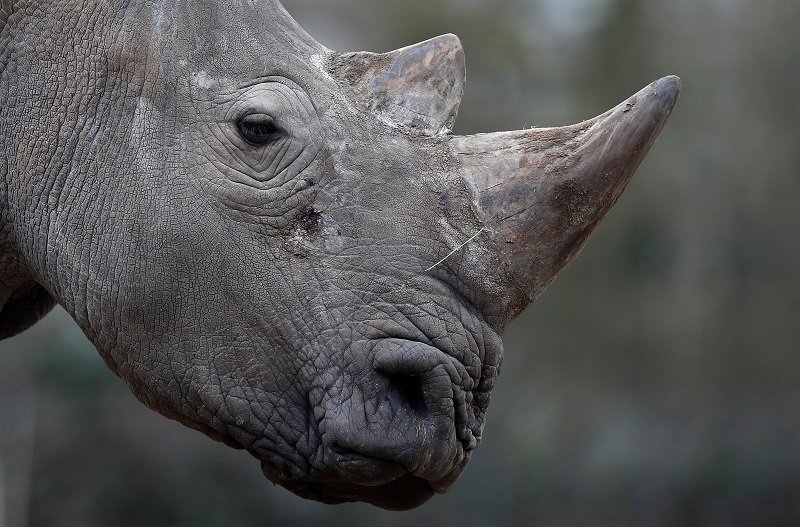 Rhinoceroses were almost exterminated because of their horns, which for some reason were considered an important "ingredient" for making healing elixirs. Photo: Christian Hartmann/Reuters

Let's return, however, to deer antlers. The Japanese, for example, prefer to use the antlers of the reindeer Rangifer tarandus for medicinal purposes. They are even imported from Canada, Finland, Norway and Sweden. True, some healers argue that the horns shed by artiodactyls do not give a strong enough effect. Therefore, they prefer powders made from cut horns. But in many countries, such a procedure is considered illegal - this is a real mockery of the animal. That is probably why some businessmen, in order to relieve themselves of suspicion and responsibility, at one time exported live deer to Japan.

Defenders of nature once again sounded the alarm and achieved a ban on such export. But, they say that smuggling does happen.

The fame of deer antlers as an effective remedy for various diseases almost led to the extinction of the entire livestock of the Tibetan red deer. Then it worked out: in one of the remote regions of Tibet, a large herd was discovered, consisting of almost two hundred heads. Now these animals are guarded with special zeal.

Unfortunately, some inhabitants of the Celestial Empire remain slaves of the old traditions and do not want to take on faith the claims that the size of the horns does not affect sexual strength in any way. In some Chinese restaurants, sometimes expensive food supplements appear that are supposedly made from a mixture of crushed deer antlers, ginseng and tonic herbs. They are mostly fakes, but they are harmless. All this can be safely added to many dishes - the Chinese authorities do not prohibit doing this. 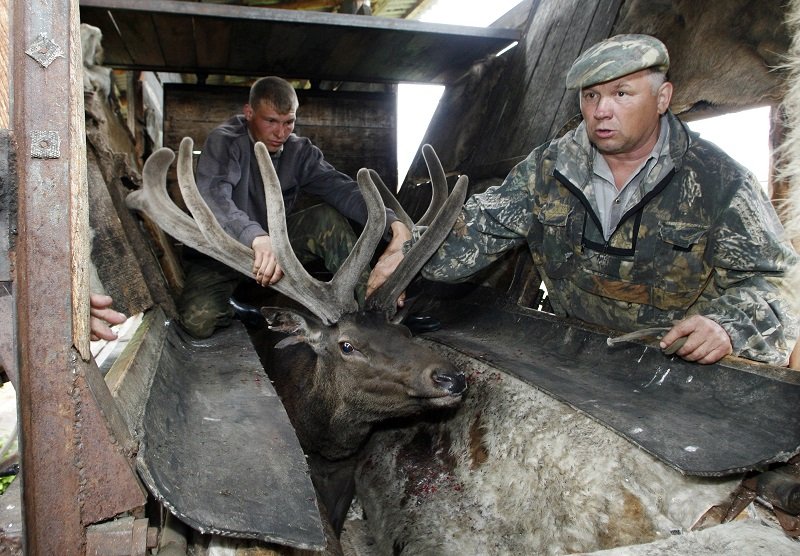 Modern culinary science is also at a crossroads, because it cannot unambiguously answer a rather delicate question for many: “Which mixture has a better effect on libido - horns or ginseng?" Some physicians do not doubt this at all: if such an effective general tonic as pancreatin was invented from deer antlers, then, therefore, the answer has already been received. .

Culinary and medical traditions of some countries involve the use of deer antlers (antlers). This is a blood-filled bone sponge, mainly containing soft tissues covered with velvety skin. Traditionally, antlers are cut from animals in the spring and summer. Then they are preserved - first they are boiled and then dried for two months. As a rule, they begin to cut the antlers from deer antlers from the moment when the animal reaches the age of two. In adult individuals, the weight of antlers is about 6-8 kg.

Altai, especially its mountainous part and foothills, is considered one of the largest natural habitats of antler deer in the world. Scientists have long recognized that the antlers and blood of these artiodactyls contain a huge amount of biologically active substances, protein compounds. It is in its purest form of energy, which are effective in the treatment of a number of diseases. They also serve as an excellent prophylactic and tonic. Animal blood (the “elixir of longevity”) and antler extract, the Chinese believe, if eaten regularly, can prolong a person’s life by curbing his aging. This is probably why the population of the countries of Southeast Asia (China, Korea, Malaysia, Singapore, Japan) products of antler reindeer breeding are widely used not only in treatment, but also in cooking.

Russia is stepping up its “gas expansion” to Asia

Good and Evil in Balinese Dances

Shaolin: what an outsider does not see