The Ministry of Natural Resources is actively adopting foreign experience in biodiversity conservation.

The world's largest Russian falconry center Kamchatka will open in 2022. In the struggle for the survival of the gyrfalcon - a bird from the falcon order - two countries united: Russia and the United Arab Emirates. Two ministers agreed on cooperation within the framework of the WEF-2019 - the head of the Russian Ministry of Resources and Ecology Dmitry Kobylkin and his counterpart from the United Arab Emirates Minister for Climate Change and the Environment Thani bin Ahmed Al Zayoudi.
< br> 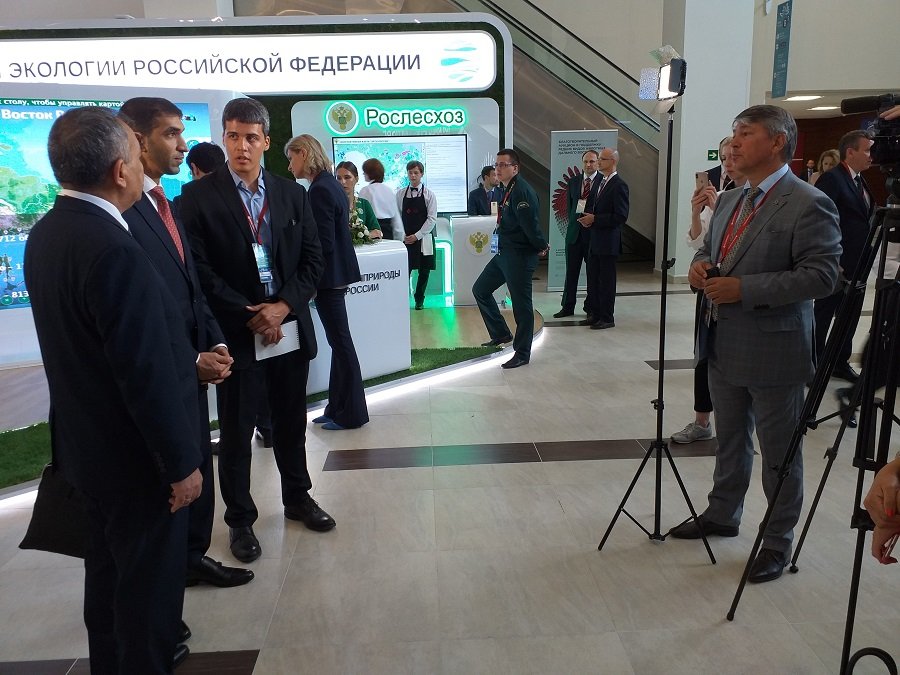 Alexander Lebedev, general director of the TV channel and website "Greater Asia", spoke with Mr. Al Zayudi(pictured on the right).

- First of all, I would like to express my gratitude for the invitation to take part in such a large-scale event as the Eastern Economic Forum. I would like to note that the Russian Federation is a strategic partner for the United Arab Emirates. And, undoubtedly, interaction with Russian partners, including on environmental issues, is one of the priorities we are committed to.

- Let's discuss joint projects with the Ministry of Nature and start with a falcon conservation project.

- I would like to note that that one of the first pilot projects is our joint work to create a center for the reintroduction (that is, to restore the population in natural habitats - note of the TV channel "Big Asia") of falcons in Kamchatka, which can become a unique project of joint activity. We have good experience in the restoration and reintroduction of falcons. The program we started 15 years ago has paid off. To date, we have succeeded in bringing back more than 1,900 different species of falcons to the wild. I think this is a good experience of how we can restore nature. 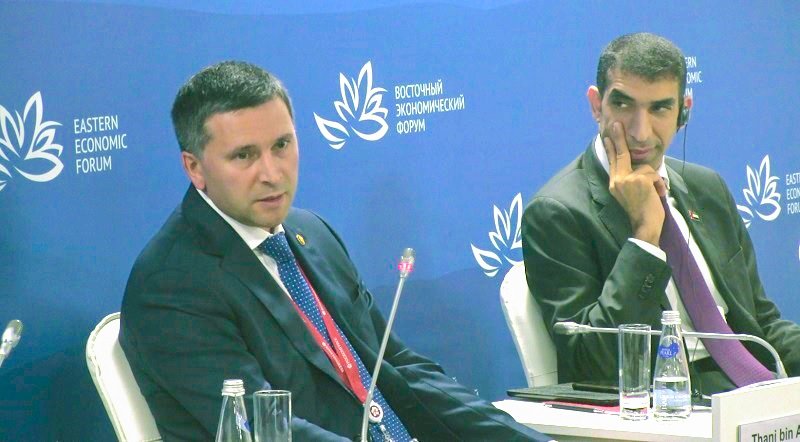 photo on the left). Some time ago we showed him the falconry recovery center we have in the UAE. We agreed that we will work to create something similar here in Russia.

Raising falcons and returning them to nature is of great importance for the conservation of biodiversity in general. In this regard, we will be glad to cooperate with Russian partners - with the Ministry of Natural Resources and Ecology of Russia, with experts, in order to work together on the restoration of falcons in nature. 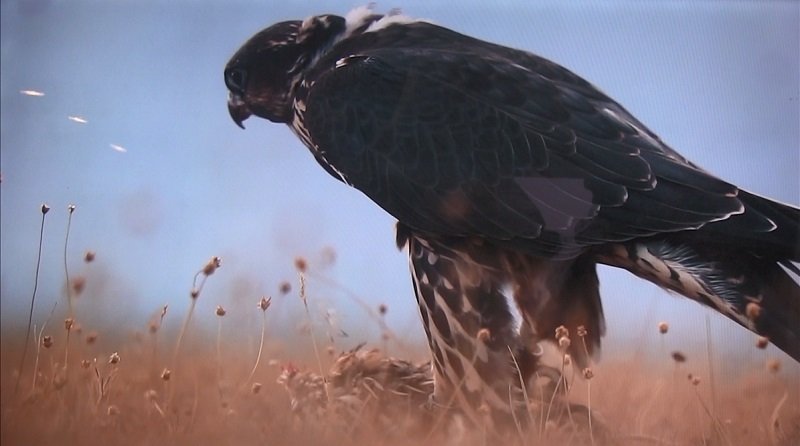 - It will be a great honor for us to host you in the United Arab Emirates, and we will be happy to show you what is being done in our country in the environmental area: and those achievements , which we have in our country, and according to projects of foreign countries.

- We will definitely come and agree on a systematic project to promote experience UAE environmental work.