Ivan Menshikov, Chairman of the Russian-Omani Business Council at the Chamber of Commerce and Industry of the Russian Federation, tells about the events in the sphere of trade and economic relations between Russia and Oman, about attracting investments in the economy of the two countries, about the prospects for interaction between the business communities of Russia and Oman and much more.

– Ivan Mikhailovich! Good afternoon! Thank you for agreeing to give an interview to International Affairs magazine. Please tell us what events in the sphere of trade and economic relations between Russia and Oman await us in 2018? How will your business advice take part in them?

– Good afternoon! The organization and exchange of exhibitions will be a key focus for the next two years. First of all, it is necessary to say about the two main exhibitions, so far under the working title "Made in Russia", "Made in Oman", where goods from various consumer sectors will be presented. We are currently working on this project, finalizing the concept, thinking whether to organize a separate event or hold it as part of some large traditional exhibitions that take place regularly in Muscat, Moscow, and other large Russian cities.

We are developing the idea of a food conferences, the potential is great. In fact, Oman imports 80 percent of the food it consumes, after all it is a desert region. There are great fish resources, but all the rest of the food is imported to one degree or another from abroad. Recently, Russia has been a serious player in this market. Maybe we will hold some separate seminar on this topic, it also seems interesting.

It should also be said about the tourist destination - this is a whole layer. It is not even possible to single out one event here. A separate program will be developed for all aspects of the development of tourism exchange.

An interesting project is the development of natural resources of silicon in Oman, with its subsequent processing into polysilicon. Today, this issue is of interest to the division of Rosatom, which, in general, gives us some confidence that this project can be implemented.


– Tell us about the involvement of Russian and Omani investment?

– One of our ideas was to find the right approaches to attract this investment. Yes, today they are harder to attract, harder to get. Firstly, competition for credit and investment resources has seriously increased, and secondly, their volume has decreased due to the fall in oil prices, so the process itself has become more complicated, but I think we have found the right approach as part of the signing of a framework agreement between RUSNANO ” and “Oman Oil Company”, where the entire mechanism for making investment decisions and their coordination is correctly set out. This is such an agreement that will help to invest in the future.

The Omanis have an interest in breakthrough, progressive technologies. They want to be better, smarter, they feel that they are lagging behind somewhere, they do not always get the latest technology from the West that they would like to receive. They are ready to invest in this: in new technologies, IT developments. In particular, in Oman, during meetings at a business forum, the idea was put forward to create some kind of joint venture and some kind of cybercrime prevention unit in Oman with the participation of Russian and Omani companies. The idea was that the Russians install their own software, but local personnel are gradually trained and then this object is transferred to the operation of local programmers, which, in general, corresponds to the interests and demands of the Omani side today. That is, it is not only about investments with good returns, but also the transfer of technology, know-how, the creation of skilled jobs that would contribute to the development of the Omani economy as a whole.


- What do you think Do you see prospects for interaction between the business communities of Russia and Oman?

– Russian and Omani business circles do not yet know each other's market well enough, it takes time. That is why we have organized the largest business summits for two years in a row with the participation of 60-80 people from both sides, in St. Petersburg in 2016 and in Muscat in 2017. We discussed the rules of the game, the culture of business relations, and the nuances. Today, there is more understanding.

In addition, we have begun to adjust our work strategy, since the emphasis on oil and gas turned out to be not so promising, because both countries produce oil and gas, what to exchange? But those new industries, the new economy that exists in Russia, for example, the digital one, interested the Omani side. Today we see this as the most breakthrough direction, where we can really promote our business concepts, attract investments, create joint ventures.


- Do small and medium-sized businesses show interest in the Omani market?< /b>

– Yes, absolutely. Big business, rather, in the role of observers, because they have a huge potential, which they develop themselves. We were created just for small and medium-sized businesses, since they still need to be taught how to work in foreign markets, what pitfalls exist.


– What difficulties do Russian and Oman while working in each other's territory?

No correspondent networks, no double taxation agreement, no international investment protection agreement, no certification of technical devices, everything is built on the English scale. There are problems with the Sanitary and Epidemiological Supervision on the admission of products on both sides.

But in general, the desire of business to work is present. For better understanding, we launched the Oman Daily Newsletter, which talks about the economy, politics, culture of the Sultanate, in order to acquaint business circles with the specifics of the country. The newsletter is in demand.


– What would you advise the Russian business community to increase their presence in the Omani market?

–  partnerships, joint ventures, although the laws of Oman do not require this. The Minister of Oil and Gas of Oman, Mohammed Hamad al-Rumkhi, told us, please, let your drillers come, open their office and participate in the tender, we do not impose any local partners on them. But we believe that in order to better understand the specifics, it would be better to work in association with some local manufacturer. But this is at the discretion of the companies.


– Thank you, Ivan Mikhailovich, for the interesting interview! 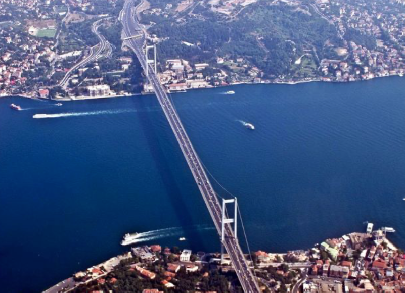 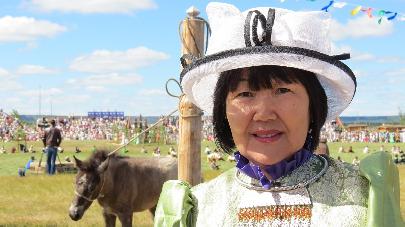 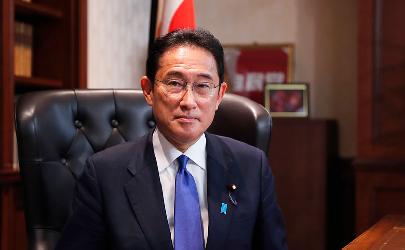