Speaking at the Eastern Economic Forum in Vladivostok, Russian President Vladimir Putin said that the transition to international payments in national currencies is "not a political task, it is an economic task."

On the same day in Strasbourg, European Commission President Jean-Claude Juncker called for making the euro a real rival to the dollar as a world reserve currency.

Dedollarization is important for Russia primarily because of the ongoing onslaught of US sanctions. In November, their next tightening is expected. The other day, after yet another threat from Washington, the Central Bank of Russia had to take measures to support the ruble. - says Andrey Krainiy, Deputy Chairman of the Board of the Eurasian Development Bank. We are lazy and not prudent. We often follow events, rather than ahead of them. And it is necessary, in my opinion, to think, analyze situations, simulate future events in order to meet their consequences fully armed. The meaning of our proverb is emphasized by its English counterpart: Don't shut the stable door when the steed is stolen. That is, when a horse is stolen, it is too late to lock up the stable.”

“It is clear that it is certainly better to pay with your own money at home! Andrey Krainy emphasized. -  And if it weren’t for the sanctions pressure, no one would start talking about de-dollarization in international settlements. Now it's just unrealistic. Our BRICS partners - Brazil, India, China, South Africa - are not infringed, they have no reason to twitch, the thunder has not yet struck for them. And on a par with Iran, which is really economically disadvantaged by the actions of the United States, to shove against a powerful system built over decades is tantamount to suicide. Or a feat! Remember how the monk-warrior Alexander Peresvet defeated Chelubey anticipating the Battle of Kulikovo? It would seem that there was no chance, but he won!”

“The Russian Ministry of Finance believes that radical progress in de-dollarization is possible in a year and a half or two years,” Andrey Krainy recalled. - For now, Turkey is not sitting idly by… For Russia, this task is all the more urgent. If it happens that it becomes impossible to sell oil for dollars, then a solution will have to be found for anyone. In the meantime, the dollar should not be an element of normal business turnover.  And it is more profitable for Europe to buy our oil for the euro, since there is no need to hedge the risks of currency fluctuations in the dollar-euro pair. Our bank is confidently stepping on the path of mutual settlements based on national currencies. BRICS has an initiative, approved by the Business Council, to create a unified system of payment cards also in national currencies. And the countries of association have regional partners.


There are many alternatives in the world. The use of the dollar as a bludgeon would sooner or later lead to blows falling on America itself. It seems to me that the plan to abandon the dollar, outlined by the head of VTB Kostin, has a good prospect for implementation. For the economy as a whole, the set of measures is clear: switching to working with partners in national currencies, developing our own payment systems, liberalizing foreign exchange controls, import substitution and anti-dumping protection of the domestic market, expanding exports, and promoting exchange-traded ruble instruments. Unfortunately, we do not yet have an understanding of what kind of system we want to build.” 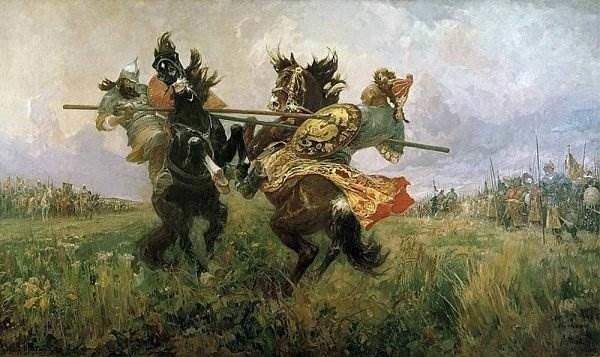