WEF 2019 will discuss the Olympic Movement in Asia

The heads of the Olympic Committees of Russia, Japan and the Republic of Korea will take part in the Forum.

The heads of the Olympic committees of the three Asian countries, Stanislav Pozdnyakov, Yasuhiro Yamashita and Lee Ki-heung, as well as the sports director of the Tokyo 2020 organizing committee, Koji Murofushi, will take part in the session "Olympism and the Asia-Pacific Region (APR): Mutual Influence". It will take place within the framework of the V Eastern Economic Forum (EEF). This is reported by TASS.
< td>

“The Eastern Economic Forum has become a powerful, productive platform for discussing the development of key industries in the region and the implementation of major international projects,” the agency quoted Stanislav Pozdnyakov as saying.

The President of the ROC emphasized that “there are no more large-scale and significant competitions in the sports field than the Olympic Games.”

> “Given that from 2018 to 2022 the Games will be hosted by the Asia-Pacific countries, the WEF is an excellent opportunity for us yu to expand cooperation with the national Olympic committees and organizing committees of the host countries,” said S. Pozdnyakov.

Within the framework of the EEF-2019, the signing of an agreement on cooperation between the Olympic Committees of Russia and Japan will also take place.

“This is a very important point that allows us to optimize the training of our athletes – candidates for participation in the 2020 Olympics,” said the head of the Russian Olympic Committee.

According to him, “such a format of interaction translates our relations with colleagues in the format of a confidential, constructive dialogue on all topical issues. 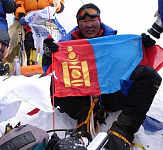 "The best race in my career", - the navigator of "Astana" did not hold back tears after the finish of "Dakar"

In March, a decision will be made on the admission of fans to the 2020 Olympics