Her sister Dina Averina was previously awarded among the Olympic medalists.

The President of the Russian Federation Vladimir Putin signed a decree on awarding the gymnast, multiple world and European champion Arina Averina with a medal of the Order of Merit for the Fatherland, II degree. The corresponding document was published on Tuesday on the official portal of legal information.

“For a great contribution to the development of physical culture and sports, to award the medal of the Order for Merit to the Fatherland, II degree Averina Arina Alekseevna - an athlete -instructor of the sports team of the Russian Federation in rhythmic gymnastics of the federal state budgetary institution "Center for sports training of national teams of Russia", the city of Moscow, ”the document says.

At the Olympic Games in Tokyo Arina Averina b> placed fourth in the individual all-around competition in rhythmic gymnastics. Her sister Dina Averina became a silver medalist in this discipline. Dina Averina previously, in accordance with the presidential decree, she was awarded the order, along with the gold medalists of the Games in Tokyo.

Opening ceremony of the Olympic Games begins in Beijing 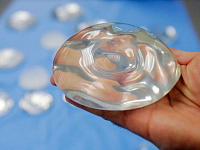