The final part of the championship will be held in October next year.

At the first meeting of the AFC competition committee, they decided to recommend Uzbekistan as the host of the tournament. A continental tournament of this level will be held for the first time in the history of the republic. Matches will be held among the players of 16 teams under the age of 19.

Asian Youth Football Championship 2020 will also qualify for the Olympic Football Tournament. Three winners of the championship will take part in the Summer Games in Japan. In addition, semi-finalists and finalists will receive a direct ticket to the 2021 World Championship.

In November in  Saudi Arabia will host the 2020 Asian Championship qualifiers. Now the team of Uzbekistan is undergoing training in Jordan and has already held two friendly matches against the national team of this country.

In early September, the Uzbekistan Olympic football team under 23 won a big victory over the Iranian team in a match in Tashkent. The meeting ended with the score 4:1. 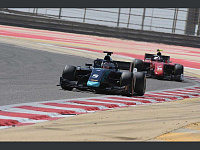 Russian handball players secured their participation in the 2020 Olympics

Russian bobsledders, lugers and skeletonists flew to the Olympics in South Korea

The opening of the World Chess Olympiad took place in India