In Tokyo, the Organizing Committee of the Olympic Games hastily installs water installations to counteract the heat.

In Tokyo, the organizers of the upcoming Summer Olympics are preparing to fight back against the suffocating, humid heat that millions of visitors could face during the world's biggest sporting event.

Already now, a year before the event, the rescuers put on alert the entire arsenal of improvised means to provide first aid to athletes and fans who could become victims overheating and heat stroke. With characteristic Japanese methodicalness, equipment capable of creating a "liquid fog" around the Olympic facilities was also tested. Such installations are increasingly becoming fashionable in the developed countries of the world. The diameter of the humidified air atomized by each funnel is approximately 2 meters.

Such gadgets were, in particular, mounted in the Sochi Olympic Park. Scientists have proven that in the comfort zone created by sprayers, body temperature decreases, on average, by 1 degree. 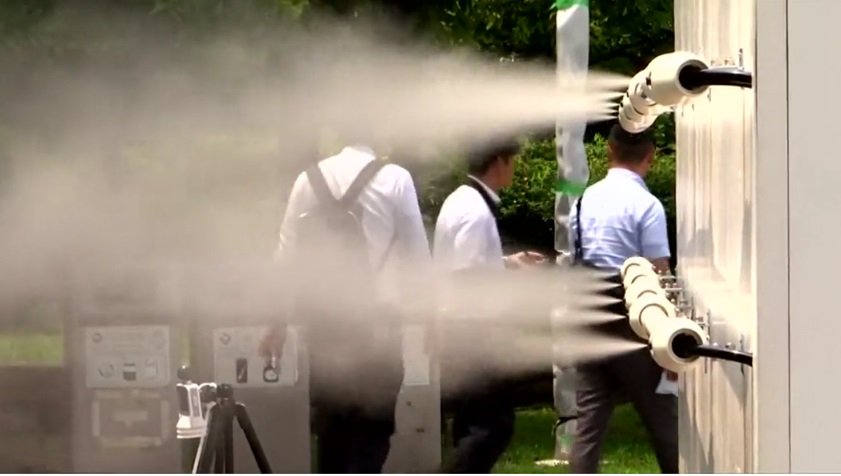 Local doctors have also developed a special indicator that takes into account humidity, temperature, solar activity and radiation at the same time. According to the scale adopted in the Land of the Rising Sun, if the value becomes higher than thirty-one units, you should urgently stop any outdoor activities and take refuge indoors.

Russian tennis player beat the American and broke into the quarterfinals

Qatar spent about $200 billion to prepare for the World Cup

In Tokyo, the Olympic clock reset to zero and restarted

Swimmer Evgeny Rylov won the second gold of the 2020 Olympics