A child from China named Qi has been learning kung fu for six months.

The boy lives in the Shaolin Monastery and has already become a local superstar. Every day he gets up at five in the morning and trains for five hours to be the best of the best. The young monk was nicknamed "Little Stone".

Training video uploaded to the Chinese social network Kuaishou mentor Qi Abbot Yangbo. Now the boy looks pretty confident, but at first he had a very hard time. The child missed home and cried every day.

The little stone learns to fight with his bare hands and wielding a stick called gong.

The boy is allowed to call his parents twice a month. By the way, Qi's mother hopes that thanks to Shaolin, her son will be able to become a soldier.
Sports in Asia Greater Asia Shaolin Qi Yangbo Kung Fu
|
Facebook
|
Twitter
|
VKontakte
|
Odnoklassniki

Named all the participants of the world championship in beach soccer

Kuzbass may become the center of Russian sports 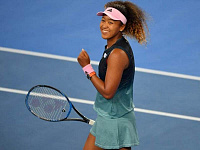 Japanese Naomi Osaka became the first racket of the world

Russian diplomats filmed a video in support of our Olympians

Literary swim was held in Essentuki 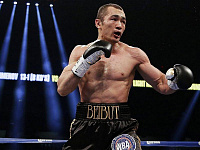