For the first time the competition was held in Kazan.

The venue for the next Games of the CIS countries will be announced before the end of this year. This was announced to journalists by the First Deputy Minister of Sports of RussiaAzat Kadyrov.

The first Games of the CIS countries were held in Kazan from 4 to 11 September. The victory in the medal standings was won by the Russian team.

“Our documents provide for the alternate holding of the event by countries that are part of the CIS, before the new year a decision will be made who will host these Games next,” Azat said Kadyrov.

He expressed the hope that the Games, having passed through the countries of the Commonwealth, would then return to Russia again, and this would be a good good tradition.

The Games of the CIS countries were held for the first time, the national teams of Russia, Azerbaijan, Armenia, Belarus, Kazakhstan, Kyrgyzstan, Moldova, Tajikistan and Uzbekistan took part in them. 1,139 athletes aged 14 to 23 took part in the competition. The program of the Games included 16 sports.
Russia Kazan CIS Games of the CIS countries sports games TASS
|
Facebook
|
Twitter
|
VKontakte
|
Odnoklassniki 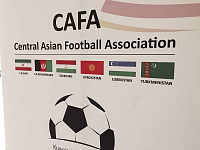 Youth Olympic Games 2024 will be hosted by South Korea

The first group of Russian Paralympic athletes arrived in Tokyo