The head coach of the Russian national boxing team, Eduard Kravtsov, stressed that Uzbekistan today is one of the leaders in the world arena of Olympic boxing

The boxing teams of Russia and Uzbekistan are planning to hold joint training camps in May. This was reported by the press service of the Russian Boxing Federation with reference to the head coach of the Russian team Eduard Kravtsov.

Previously The Russian team held a joint training camp with the team of Kazakhstan at the Academy of the International Amateur Boxing Association (AIBA) in Almaty, after which match meetings were held between the teams of Russia, Kazakhstan and Uzbekistan. The team of Uzbekistan brought its second line-up. Nevertheless, Uzbekistan today is one of the leaders on the world stage of Olympic boxing, they are now among the top three strongest teams in the world," Kravtsov emphasized.

Qatar is successfully preparing for the 2022 FIFA World Cup 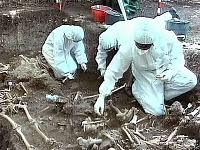