The Minister of Sports of the Russian Federation Oleg Matytsin and the Governor of Primorsky Territory Oleg Kozhemyakobecame co-chairmen of the Organizing Committee for preparation and holding of the VII International Sports Games "Children of Asia" in  Vladivostok. The corresponding document was published on Tuesday on the official portal of legal information.

The 7th Children of Asia International Sports Games will be held in Vladivostok from 27 July to 8 August 2022 year on instruction of the President of Russia Vladimir Putin. The Games are held with the support of the President and the government of the Russian Federation, the ROC, the Ministry of Sports and the Ministry of Foreign Affairs of the Russian Federation, as well as the Olympic Council of Asia. The competitions are organized under the patronage of the International Olympic Committee and the United Nations Educational, Scientific and Cultural Organization (UNESCO).

Road marathon will be held in Chelyabinsk

Prize money for Paralympians will be the same as for Olympians

Records are set by a five-year-old gymnast from Magnitogorsk 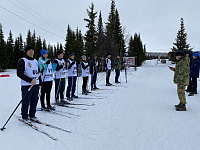 Iran sent a large consignment of tangerines from Pakistan to Russia