The Beijing Winter Olympics are over

The flame of the XXIV Olympic Winter Games was extinguished at the closing ceremony in Beijing.

On Sunday, the closing ceremony of the Winter Olympic Games took place in the Chinese capital. Earlier, the head of the International Olympic Committee declared the Games in Beijing closed. Athletes from 91 countries took part in the Olympic Games, 109 sets of awards were played in 7 sports (15 disciplines). The winner of the medal standings was the Norwegian team, which won 16 gold, eight silver, 13 bronze medals. The second place was taken by the German team (12-10-5), the third - by the Chinese team (9-4-2), the Russian team became the ninth (6-12-14). In terms of the total number of awards, the first were the Norwegians (37), the second - the Russians (32), the third - the Germans (27). Beijing became the first city to host the Summer and Winter Olympic Games. In 2008, the opening and closing ceremonies of the Summer Olympics were also held at the National Stadium in Beijing. The next Winter Olympic Games will be held in 2026 in the Italian cities of Milan and Cortina d'Ampezzo.
Olympics 2022 Beijing ceremony fire China sports TASS
|
Facebook
|
Twitter
|
VKontakte
|
Odnoklassniki 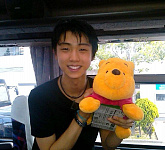 Champion of Europe spoke about the competition in futsal

A new football club will appear in Kazakhstan

Athletics competitions to be held in Adler