On August 3, the Krasnoyarsk athlete managed to budge and drag a Boeing 737 aircraft weighing over 65 tons for more than 17 meters, breaking a new record in Russia, and possibly the world.

The champion of Russia in power extreme Innokenty Veselov is called the strongest man in Siberia. That is why he went to a new record with knowledge of the matter. On his feet are climbing shoes, and a Boeing was attached to him on a special vest made of cables. And here is the first attempt to set a record. 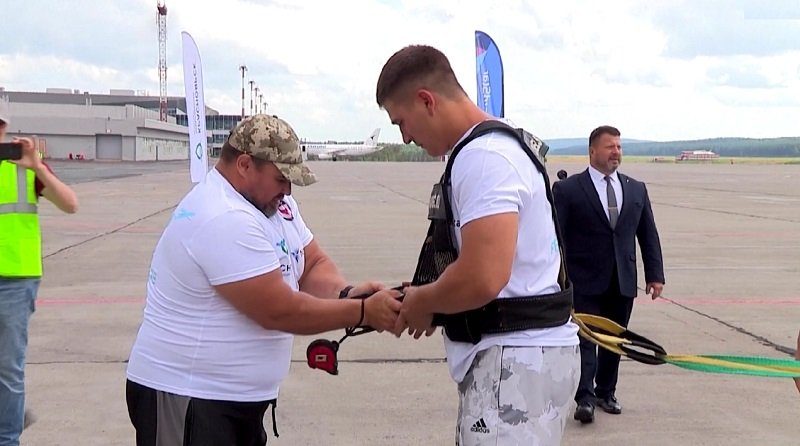 A little later, Innokenty admits that getting the Boeing off the ground is the most difficult thing. In total, the athlete managed to drag the liner 17 meters 6 centimeters on himself. It took 45 seconds.

"I wanted to make a spectacular show, a spectacular record. The plane fits into this more. It is like a healthy, heavy projectile.
How did you train? You put your own car on the handbrake and roll it on the handbrake. The more clicks, the harder. That's how I trained. Therefore, if you tow your car, then any other projectile will be on your shoulder," said Innokenty Veselov, track-pool record holder. 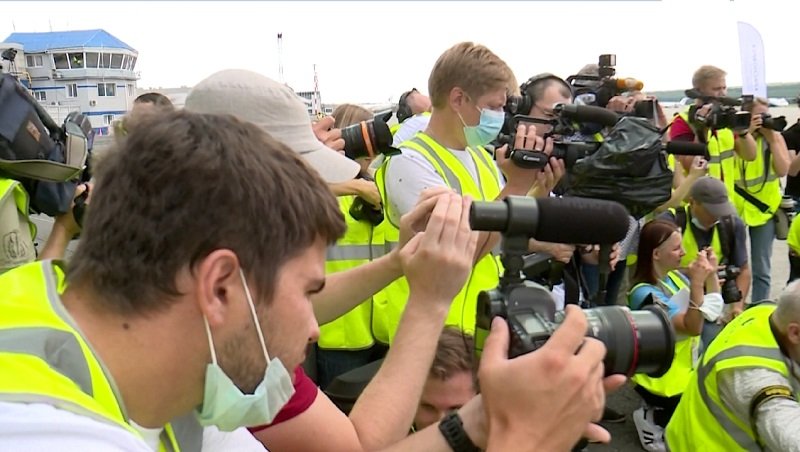 This record is already definitely in the Russian Book of Records. But experts do not rule out that the Siberian bogatyr can also claim world recognition. 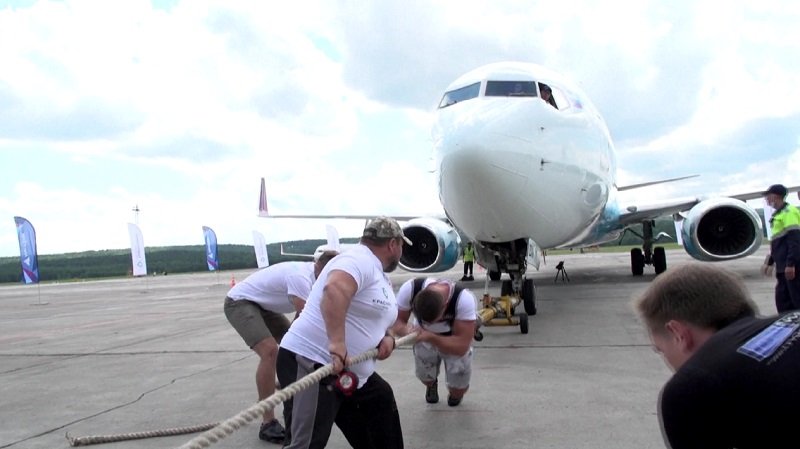 "It seems to us that it was the heaviest aircraft. Therefore, we will just do the statistics now and maybe a little later we will recognize this as a world record. Accordingly we will have the right to submit it to the Guinness Book of Records, to assign a Guinness record," said Vasily Grishchenko, President of the Russian Power Extreme Federation.

The exact weight of the aircraft is 65 tons 188 kilograms. Of these, the weight of the Boeing is slightly more than 61 tons, another three and a half tons is fuel. Plus an engineer in the cockpit. 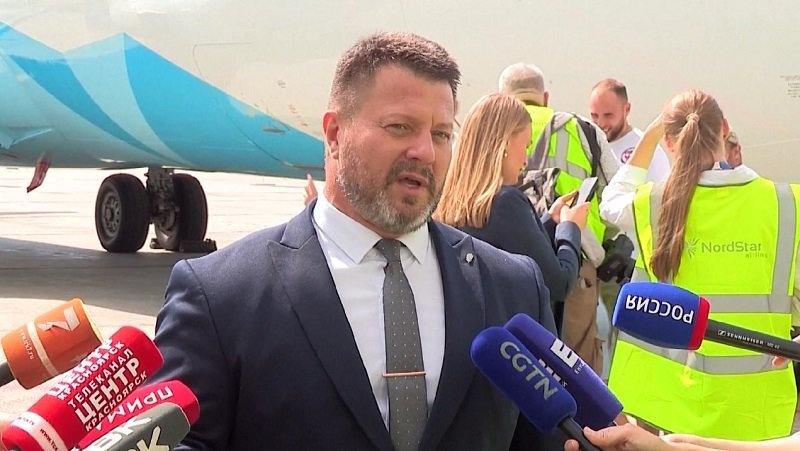 "Now is the most intense period, when the entire flight crew, all airports, are now working at their limit. a few hours free to produce, fix this record," said Andrey Metzler, General Director of Krasnoyarsk Airport. 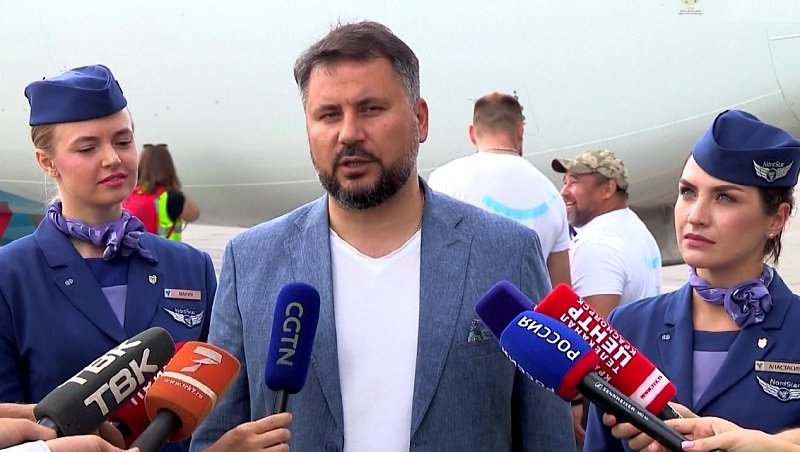 In the meantime, the new record holder intends to celebrate his achievement with family friends and colleagues- firefighters. After all, the main job of Innokenty Veselov is head of the guard of the Krasnoyarsk fire garrison.

The Krasnoyarsk athlete does not intend to stop at the Boeing. Next time he intends to move a bigger plane, namely an Airbus. A new record promises in the next few months. 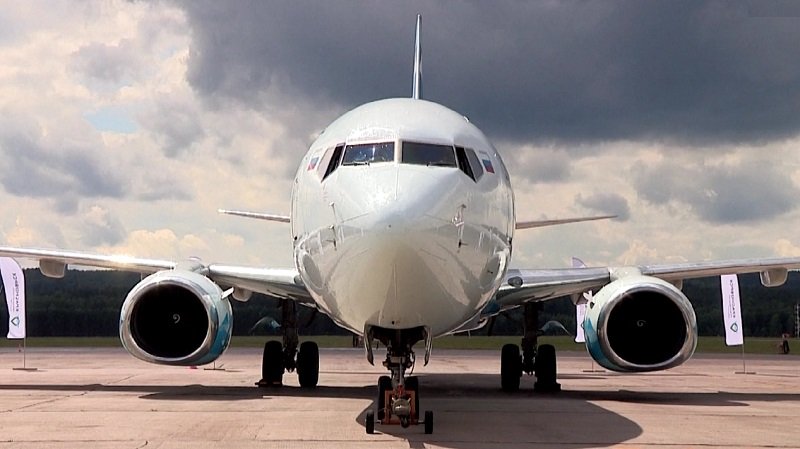 Archers from South Korea became the best at the Tokyo Olympics

Five thousand volunteers will go to the Universiade

Russian gymnastics team is waiting for visas to fly to Japan

dividing line will appear at the top of the Chomolungma