Russian synchronized swimmers Svetlana Kolesnichenko and Svetlana Romashina won gold medals in a duet at the Olympic Games in Tokyo.

The result of the Russians was 195.9079 points. The second place was taken by the Chinese athletes Huang Xuechenand Sun Wenyan (192.4499), the third place went toMarta Fedina and Anastasia Savchuk > from Ukraine (189.4620).

Svetlana Romashina 31 years old, she has become the most titled synchronized swimmer in the world. The athlete won six gold medals at four Olympics (3 in a duet, 3 in a group), she also won 21 world championships and 13 European championships. Among domestic athletes, only gymnast Larisa Latynina (9) has more Olympic gold medals (9). 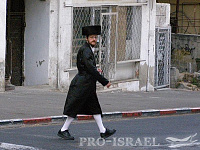 How many steps do Israelis walk a day?

"Belokurikha-2" will become the base of biathletes

Children's races will be held in Tyumen for the tenth time