Alexander Katushev clarified that the equipment of the car will depend on the number of medals won by the athlete. “We have double gold champions, we have double silver champions, we have silver and bronze. This time we tried to take even this into account,” he specified, noting that this year the fund would not pay cash payments to athletes.

Speaking about license plates on cars, Alexander Katushev told that until registration with the traffic police, name plates will be used instead of numbers. “So today they will go, I hope, around Moscow and not only,” he added.

Answering the question that many athletes subsequently sell prize cars, Alexander Katushev noted that it does not cause offense. “According to the law on charity, we do not have the right to indicate how to dispose of this assistance to athletes. And then, athletes are very practical people. Many, selling cars, we know such cases, donate money to charity,” he said. According to Alexander Katushev, the percentage of cars sold does not exceed 6%.
Russia Olympics 2020 athletes Kremlin cars TASS
|
Facebook
|
Twitter
|
VKontakte
|
Odnoklassniki

Medicines in Israel will be provided with instructions in Russian 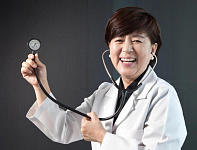 World Sambo Championship - 2020 will be held in Turkmenistan