Russian luger Tatyana Ivanovawon a bronze medal at the Beijing Olympics in the individual competition.

The German Natalie Geisenberger won the gold medal with a total of four attempts 3 minutes 53.454 seconds. Silver was won by her compatriot Anna Berreiter, 0.493 seconds behind the winner. The gap between the Russians is 1.053 seconds.Victoria Demchenko took 28th place in the final protocol, the Russian woman dropped out of the fight for medals after the second run, allowing a fall.Ekaterina Katnikova failed to finish in first run.

Tatiana Ivanova At 30, she became the first Russian woman to win an Olympic medal in the women's individual luge event. At the 1980 Olympics in Lake Placid, America, Soviet lugers Vera Zozulya and Ingrida Amantova won gold and bronze medals, respectively. Tatiana Ivanovarepresents the Dynamo sports society, she is also the silver medalist of the Sochi Olympics in the relay race, the world champion in 2019, the eight-time European champion.

Natalie Geisenberger 34 years old, she became a five-time Olympic champion (the luger won three times in individual competitions and twice in the relay). Also on her account is the bronze of the 2010 Olympics in individual competitions. The German is a nine-time world champion and a six-time European champion.
Russia China Beijing Olympics-2022 luge medal bronze TASS
|
Facebook
|
Twitter
|
VKontakte
|
Odnoklassniki

Indonesia is ready to host the Summer Olympics in 2036

Priests, veterans and convicts played hockey in a colony near Khabarovsk 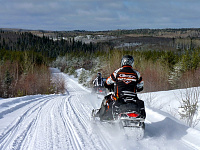 Alina Zagitova won gold at the World Championship in Japan