The International Olympic Committee awarded the head of the South Korean state with the Golden Olympic Order.

The ceremony was held on Thursday at the Seoul Blue House, the official residence of the head of state. Representatives of the sports department noted the merits of Moon Jae-in in organizing the Winter Olympic Games, which were held in Pyeongchang in February 2018.

Read: The President of the Republic of Korea will leave the Blue House

The President of the Republic of Korea received the Golden Olympic Order - the highest award of a sports organization - from the hands of the head of the IOC, Thomas Bach.

Russia and China will continue to strengthen sports ties

Tokyo Olympics medals to be made from waste 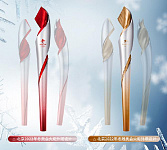