The second place was taken by the Armenian team, the third - by India.

They played for the national team of UzbekistanNodirbek Abdusattorov,Nodirbek Yakubboev,Yavokkhir Sindarov,Yakhongir Vakhidov and Shamsiddin Vokkhidov. The second place was taken by the Armenian team (Gabriel Sargisyan,Hrant Melkumyan,Samvel Ter-Sahakyan,Manuel Petrosyan and Robert Oganesyan). The teams of Uzbekistan and Armenia have the same number of points — 19 each, but the national team of Uzbekistan won due to the best performance in the tie-breaks. The third place was taken by the second team of India (Gukesh Dommaraju,Nihal Sarin,Rameshbabu Pragnanandha,Bashkaran Adhiban andSadhwani Raunak), scoring 18 points.

Initially, the 44th World Chess Olympiad was supposed to be held in Khanty-Mansiysk in 2020, but a year before the start of the competition, it was announced that the tournament would be moved to Moscow. The tournament did not take place in the capital of the Russian Federation due to coronavirus, during the pandemic the International Chess Federation (FIDE) held two online tournaments, which were won by the Russian national team.

Due to the situation in Ukraine, Russia was deprived of the right to hold competitions, and the national teams of the Russian Federation and Belarus were suspended from all tournaments under the auspices of FIDE. In addition, the national teams of China and Pakistan refused to participate in the Olympics.
Uzbekistan Armenia India World Chess Olympiad winners chess TASS
|
Facebook
|
Twitter
|
VKontakte
|
Odnoklassniki

Vladivostok hosts the World Go Championship for the first time 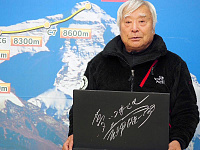