The Olympic Games are being held in Tokyo as the outlook for the coronavirus situation remains unclear.

NHK Senior Commentator Ozawa Masanao talks about how the spread of the infection is affecting athletes.

In boxing, final international qualifiers have been canceled and the International Olympic Committee has determined who is eligible to compete , by means of a rating system quickly introduced by him. This put young boxers at a disadvantage as the rankings reflected the results of international competitions of the past. Some athletes have been prevented from even attempting to qualify for the current Games.

In baseball, strong contenders such as Taiwan and Australia withdrew from the final qualifiers. Since many competition venues banned the presence of spectators in the stands, athletes were deprived of the opportunity to use the support of their fans. Australian tennis star Nick Kyrgioswithdrew from the Games, saying he did not want to play without spectators in the stands.

For more than a year both in Japan and abroad Due to the spread of the coronavirus, many competitions have been canceled and training opportunities have been limited. This has created an uneven playing field, with some people saying that this Olympics will not be fair.

Some athletes test positive for the coronavirus after the Games open and will not be able to compete. The IOC states that it will not disqualify such athletes by designating them as “non-starters”, so that the results they have shown up to that point will remain valid. For example, if a judoka or a football team that reached the finals turn out to be “not starting”, then they will be able to receive silver medals. This means that some of the athletes or teams will probably get gold medals by default, which in turn may cause some people to feel that the value of Olympic medals has changed. 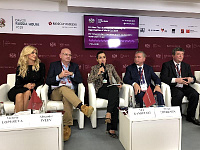 Japan and Brunei have the least fat people

63 athletes from South Korea will compete at the Beijing Olympics

Russia will host the World Corporate Winter Games in 2023 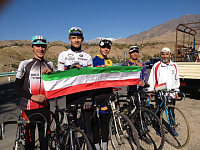 Winter cycling marathon to be held in Tajikistan