Members of the E-Jump Fuji team managed to jump over the "eight" 230 times in a minute.

Members of the E-Jump Fuji team from Fuji City in Shizuoka Prefecture, Japan, broke the world record for group jumping rope, beating previous champions and completing more jumps per minute in this event.

Chairman of the Municipal Association of Jumping Rope Fuji Naoyuki Nishizawa claims that jumping over the "eight" is the specialty of the guys from E-Jump Fuji.

A successful attempt to break the world record was recorded in one of the school's jumping classes. You can't stop watching the video of 12 children jumping over a spinning rope at incredible speed, forming a single mechanism that runs smoothly, like a clock.< br>
Children were able to jump over the rope 230 times in 60 seconds without tripping. This is five jumps more than the previous record, recorded in the Guinness Book of Records. By the way, it was installed by schoolchildren from the same places - and some of them went to the E-Jump Fuji team.

Health Track will open in Barnaul 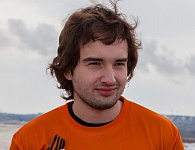 Medicines in Israel will be provided with instructions in Russian