Japan will not introduce daylight saving time at the 2020 Olympics

The authorities of the country have so far abandoned this idea due to its unpopularity and technical difficulties that may arise when setting the clock.

In early August, the organizing committee of the Tokyo Olympics came up with the initiative to move the arrows to the time of the competition one or two hours back. Thus, the organizers wanted to protect the athletes and guests of the competition from the heat of the day. However, this proposal was met without enthusiasm by members of the Cabinet of Ministers. In society, this idea also did not gain support. Many Japanese have reported that setting the clock back two hours can be detrimental to their health.

According to the Asahi newspaper, a special meeting was even convened in the ruling Liberal Democratic Party (LDP) with the involvement of experts on this issue. As a result, the idea of switching to daylight saving time during the 2020 Olympics was rejected. LDP member in charge of the Olympic and Paralympic Games in Tokyo, Toshiaki Endo, said that he personally would like to change the clock, but it turned out to be difficult "due to technical problems and public reluctance.”

However, no final decision has yet been made. The Japanese edition clarifies that the expert group will continue to work and provide an interim report on the possibility and consequences of the transition to daylight saving time no later than March 2019.

The first ever Olympic skateboarding champion was a Japanese 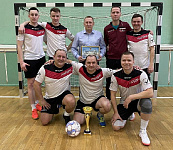