The Women's World Boxing Championship will be held in Istanbul in early December this year. This was reported by the press service of the International Boxing Association (AIBA).

“I am pleased to announce that the Women's World Boxing Championship will be held in Istanbul. Turkey is a country with a great boxing history. I would like to thank the Turkish authorities represented by the President of the country, the Prime Minister, the Turkish Boxing Federation and many others for their support,” said AIBA President Umar Kremlev.

“AIBA is changing rapidly, we are on the way to a big reform. We work very hard for the benefit of the national federations, a large program of financial support is being implemented. Gender equality is one of our main goals in boxing and I am pleased to confirm that the prize money for the winners will be the same as in the men's competition. The prize fund is set at $2.6 million, $100,000 for the first place, $50,000 for silver medalists, and $25,000 for bronze medalists,” Kremlev added.

Accurate dates will be announced later. The Men's World Boxing Championship will be held in Belgrade from October 24 to November 6. 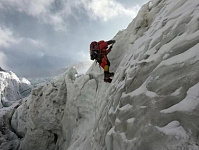