Participants of the race, including both professional athletes and amateurs, are offered to overcome two options for the route.

The race starts at the Jerusalem Arena and all routes pass by the Old City of Jerusalem and other iconic landmarks of the city. Athletes can ride: the 130 km Gran Fondo track and the 76 km Medio Fondo short track.

< td> Inhabitant of Perm reached
Thailand on bicycle
The complexity of the long route lies in the difference in altitude, which is more than 2.5 km. The main route passes through the hills around Jerusalem through the Judean mountains, where the story of David and Goliath took place.

The light trail also has ups and downs, but with a difference of more than 1.5 km above sea level.
< br> Gran Fondo New York is the world's largest cycling race. Last year, almost two thousand athletes from Israel and more than 400 people from 35 countries of the world took part in it.

India may bid to host 2032 Olympics 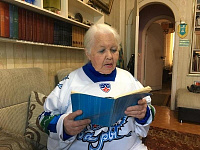 The first competitions of the 2020 Olympics were held in Japan