The Russian Football Union and the Iranian Football Federation have reached an agreement to hold a friendly match of national teams, the meeting should be held on October 10 in Russia. This was reported to TASS by sources familiar with the negotiations.

The Russian Football Union and Iranian Football Federation have agreed to hold a friendly match  — said a source close to negotiations.

«Our federation proceeds from the fact that the match will take place on 10 October in Russia, everything has been discussed. Now we are awaiting confirmation from the Russian side on the exact venue  — said a source in the  Iranian Federation.

In  the reported the negotiations with the Iranian Federation, the Deputy Prime Minister of the Russian Federation, President of the RFU Vitaly Mutko said.

In   participation in the final stage of the 2018 World Cup.

The first competitions of the 2020 Olympics were held in Japan 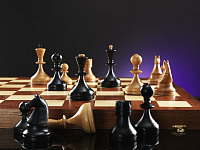 World Chess Olympiad to be held in Azerbaijan

Insulin will be produced in Kazakhstan

A Japanese baseball player is on the cover of an American magazine.