The coach noted that figure skater Kamila Valieva was in a difficult situation, and the team must go through this test with her.

The Russian figure skater Kamila Valieva got into a difficult situation at the Olympic Games in Beijing, the team of the coach Eteri Tutberidze must go through it together with the athlete. Eteri Tutberidze wrote about this on her Instagram.

“Another very difficult Olympic cycle in the life of our school has ended, we can probably analyze and summarize a little. Kamila Valieva is an Olympic champion in team competitions, our star. A very fragile and at the same time very strong athlete, the test that fell to Camila, our whole team needs to go through together. How revealing are such situations - those who were smiling yesterday, today left the stands, defiantly ignored, so much the better, fate takes these people away from us, ”wrote Eteri Tutberidze.

“ Anna Shcherbakova is an Olympic champion, this status is for life. Anna Shcherbakova has a difficult sports path, many trials were on her way, but the ability of this girl to give more than she has allows Anna to be one of the most titled athletes of our time. Alexandra Trusova, the silver medalist of the Olympic Games, once again broke the stereotypes about women's figure skating by performing five quadruple jumps in a free program, thereby proving to everyone that the impossible is possible. You can discuss for a long time whether the game was worth the candle, but the steadfastness of the athlete is worthy of respect, Alexandra Trusova, like Gagarin, takes us into space, and in this she is the first, and maybe the only one, ”added coach.

Eteri Tutberidze also noted the success of Evgenia Tarasova and Vladimir Morozov, who won silver in the pair competition. “Evgenia Tarasova and Vladimir Morozov are Olympic silver medalists. These are our heroes who did not give up, turned to us for help, and we are happy that we were able to organize the training process, gathering around a team of like-minded people, and at the most important start in the life of any athlete, the guys gave the best skates, showing their untapped potential, in which many no longer believed,” the coach wrote.

Russian figure skaters won six medals in Beijing - two gold, three silver and one bronze. Anna Shcherbakova became the winner in the women's singles skating, Alexander Trusova, dancers Victoria Sinitsina and Nikita Katsalapov won silver medals, as well as a sports couple Evgenia Tarasova and Vladimir Morozov, bronze - a couple Anastasia Mishina and Alexander Gallyamov. Also, Russian skaters won gold in the team championship. Among the winners of the team championship was Kamila Valieva, however, the awarding of athletes has not yet passed, as proceedings are underway in connection with the positive result of the athlete's doping test, passed during the Russian Championship in December.
Russia China Beijing Olympics 2022 figure skating coach results TASS
|
Facebook
|
Twitter
|
VKontakte
|
Odnoklassniki

Archery Championship to be held in Ingushetia 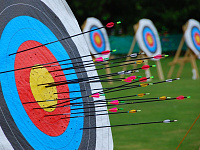 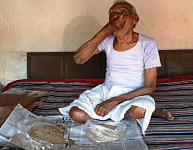