The federal project "Sober Russia" has started in the Russian Federation. As part of the project, an assessment of the regions was carried out to determine the threat of the danger of the spread of drugs.

The name of the study is "Anti-Drug Rating of the Efficiency of the Subjects of the Russian Federation - 2018". The work of scientists is characterized by the interdepartmental integration of various databases, which makes it possible to get an objective picture of the situation in the country as a whole, without relying on any victorious bossy reports, but based solely on sober facts. Research is based on the number of patients in drug dispensaries, the number of deaths from drugs by region, the number of crimes motivated by potent substances, as well as the dynamics of these indicators. To counter the national threat, sociologists propose to develop a federal standard for the rehabilitation and resocialization of drug addicts, to increase allocation of funds for sports in problem regions, strengthening work with young people, etc. areas. It is noteworthy that the Chechen Republic is ranked fourth in terms of well-being in the field of drug control.

The eighth place in the rating is Dagestan. Kabardino-Balkaria took the fifteenth place. 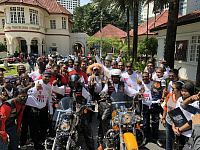 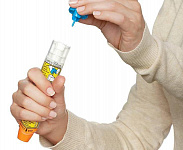 Russian freestylers have no equal in ski acrobatics