FIFA may postpone the opening match of the World Cup in Qatar.

The International Football Federation (FIFA) may postpone the opening match of the 2022 World Cup to November 20 and hold it between the national teams of Qatar and Ecuador. This was reported on Wednesday by the Spanish newspaper Marca.

Initially, the teams of Qatar and Ecuador were supposed to play the opening match on November 21, but their meeting was postponed to 19:00 Moscow time, in connection with this, the opening match was a meeting between the teams of Senegal and the Netherlands, which should take place at the Al-Tumama Stadium in Doha on November 21 and begin at 13:00 Moscow time. The reason for the possible postponement to November 20 is due to the fact that several matches will already be played before the opening match, which contradicts the traditions of the championship. Since 2006, the first match has been played by the host country's national team.

The FIFA World Cup is scheduled to take place from November 21 to December 18, 2022 in five cities at eight stadiums in Qatar. April 1 at The draw for the group stage of the World Cup took place in Doha. The teams of Qatar, Ecuador, Senegal and the Netherlands will play in Group A, the teams of England, Iran, the USA and Wales, in Group C — the national teams of Argentina, Saudi Arabia, Mexico and Poland, in group D — the teams of Australia, Denmark, Tunisia and the reigning French world champions, in group E — the teams of Costa Rica, Spain, Germany and Japan, in group F — the teams of Belgium, Canada, Morocco and Croatia, in group G — the teams of Brazil, Serbia, Switzerland and Cameroon, in Group H — teams of Portugal, Ghana, Uruguay and South Korea.

At the end of February , FIFA and UEFA has temporarily suspended Russian clubs and national teams from participating in international competitions due to the situation on Ukraine. Due to the suspension, the Russian national team could not compete for a ticket to the 2022 World Cup in the play-off matches of the qualifying tournament.

Alexander Bolshunov became the winner of the Yugra ski marathon

Volunteers for the Tokyo Olympics announced 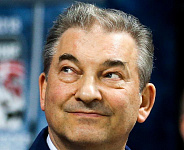 The President of Mongolia awarded Vladislav Tretiak the Order of Friendship

Vietnam may impose a tax on sugary drinks 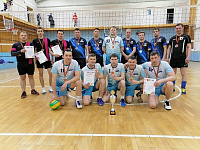 International chess tournament will be held in Cyprus

Medical lawyer: Most Russian doctors are helpless in the legal field